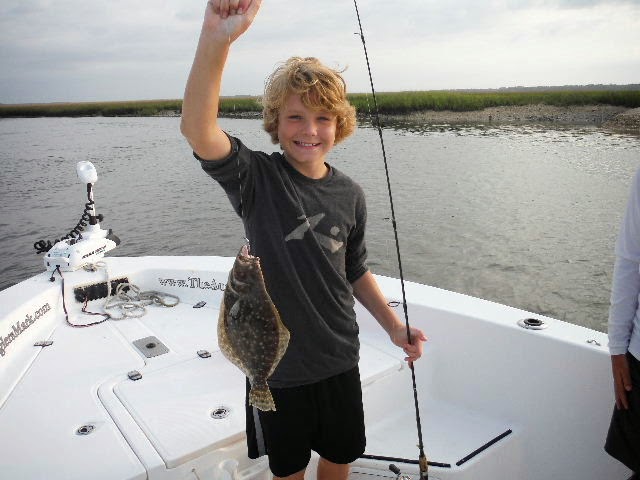 Tim Ayers set up an Amelia Island back water fishing trip for his son Andrew's birthday and Andrew brought along his buddy's Aiden and Drake to help celebrate. We met down at the South End boat ramp and after a  brief safety orientation, headed up the Amelia River to duck into Jackstaff to fish the last of an outgoing tide. Our first "demo" cast produced a bite and Drake was on the rod, reeling in a keeper sized Flounder! And not shortly after that both Andrew and Aiden followed it up with two hungry Seatrout. We had another Flounder along that stretch then ran thru the creek 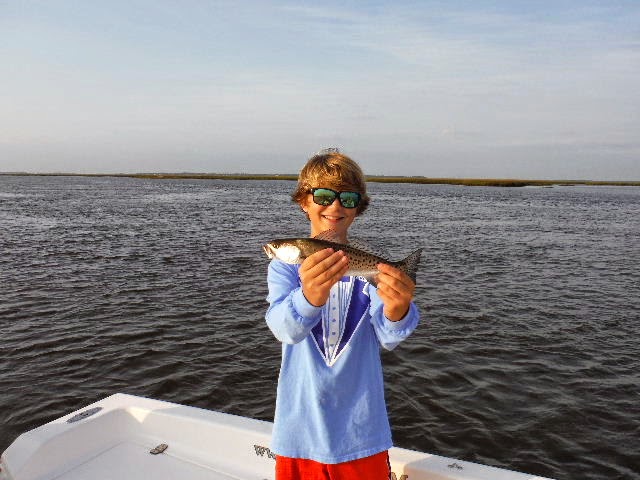 to fish some docks at Seymore's Pointe. Although the conditions were right I believe the tide was just coming to a standstill so we had no real bites. We moved over to Bubblegum Reef, fished for a while, then the anglers had a good flurry of fish catching. Tim hooked up with a hungry Jack Crevalle, then they picked up a Trout, and then another Jack, but this one was bigger. At the same time a Sail Cat was hauled in. The wind was picking up out of the south and making things difficult so we ran down to Broward Island and this did the trick. Drake reeled in a feisty Redfish, then we had 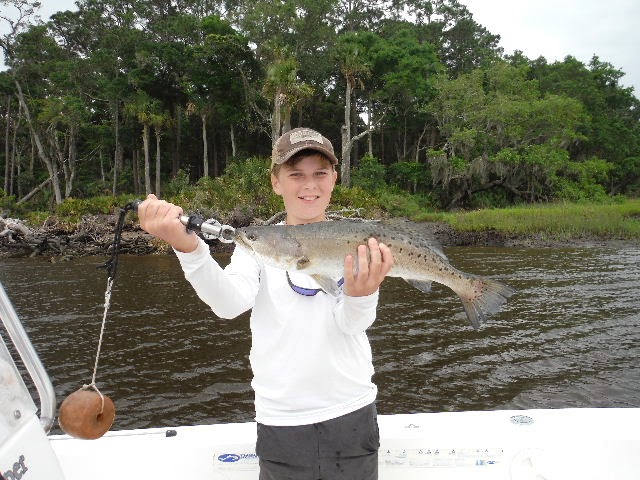 another Red then Aiden had a strong hookup, and FISH ON! We knew this fish was big when it came to the surface and thrashed around, but Aiden kept the pressure on and we soon landed a 22.5" Seatrout, big enough to put Aiden in the lead of the 2015 Anglers Mark Bragging Rights Tournament-Seatrout Category! Scroll down the right side of this report for standings. We continued to fish the area for a while longer, then called it day, another great one to be fishing here at Amelia Island, Florida!
Posted by Anglers Mark at 4:44 PM

The food is absolutely amazing. I hope I could taste and cook that in actual, maybe if I have much time since I am so busy working. Anyways, thanks for sharing your article. God Bless and have a good day. Visit my site too.