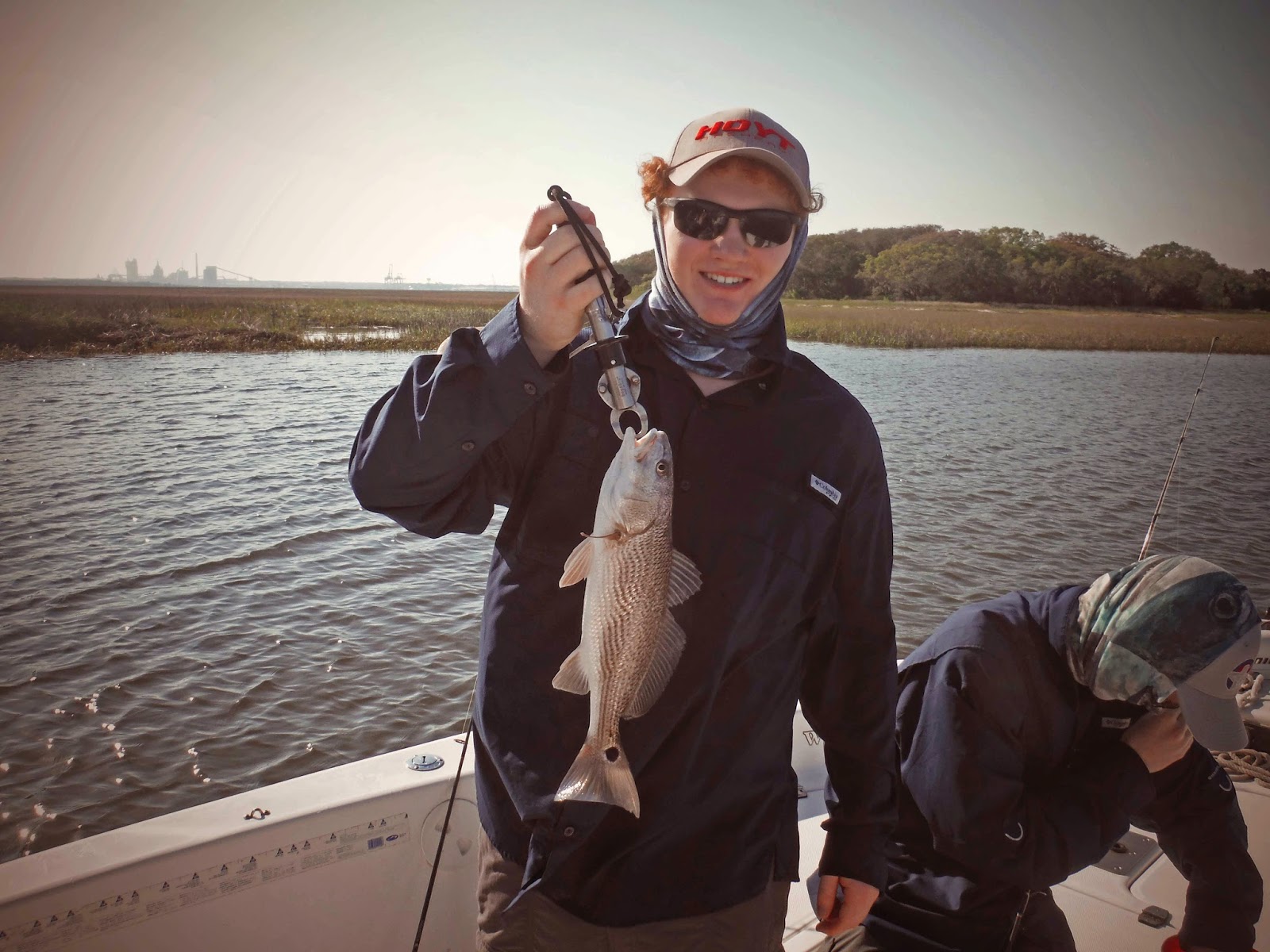 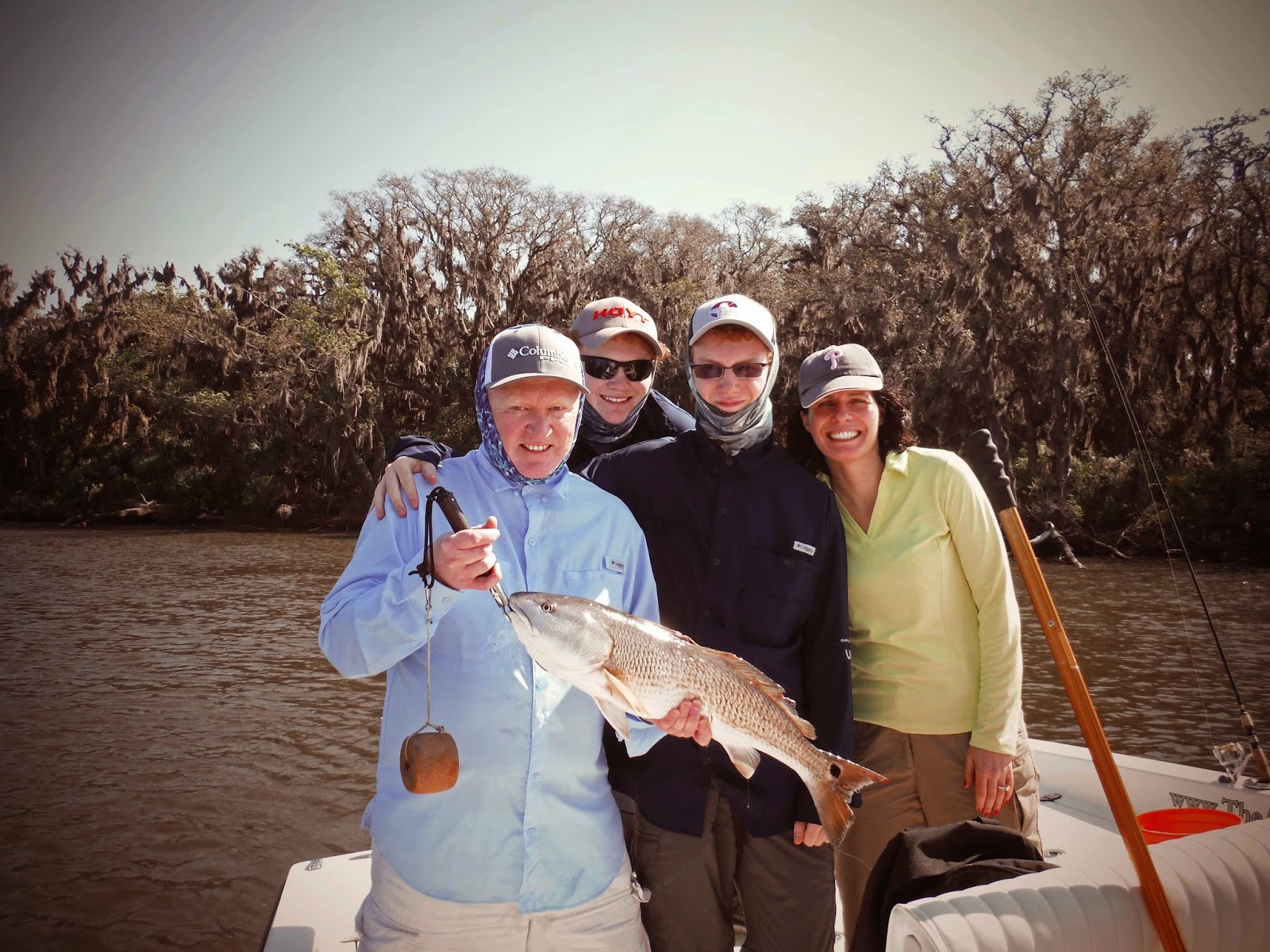 I fished this morning with the McKinnon family, Murray and Beth Ann, along with James and Thomas. We had a high and still incoming tide as we left the Fernandina Harbor Marina so we picked some flooded oysters to fish with float rigs and live shrimp. I think our first 3 stops, 4 if you counted crossing from one side of a creek to the other, where we got no real bites. OUCH!  But these anglers were persistent and were making excellent casts and the 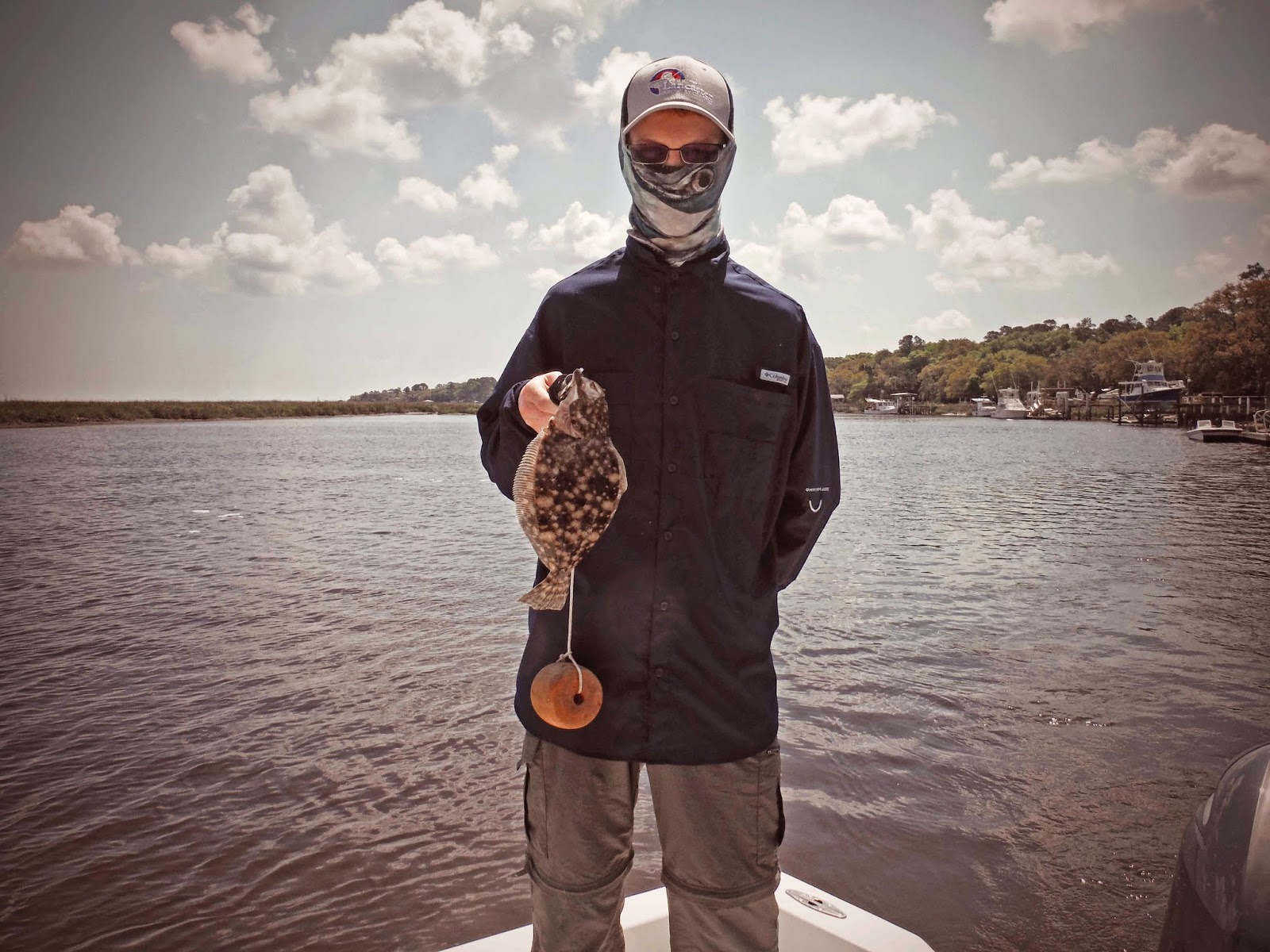 next stop brought some fish. We had switched to jigs and shrimp, even though it was still high tide, and James "knocked the skunk off" when he caught a nice hungry Seatrout. Shortly after that Beth Ann was fishing up near some logs and she had a strong hookup. The fish fought hard but Beth Ann was up to the task and landed a feisty Redfish. The anglers traded catches, catching  some Reds and now and then a Seatrout and even a Bluefish. Then Murray went back to where Beth Ann had caught her Red and, BOOM!  FISH ON! This big fish was having none of coming to the boat but luckily it headed deep and down river instead of into the tree limbs. Murray kept the pressure on and slowly worked the fish to the boat. When we saw it roll we knew it was a big Redfish. After a good battle Murray landed a nice 28.5" oversized Redfish, boy what a fish!  We continued to fish the area, picked up a few more fish, then ran up to Jolley River. They picked up another Trout and another Blue, then we made our last stop around at Bell River. Thomas had the hot hand early here, putting a feisty Redfish in the boat and a Flounder to help the group claim an Amelia Island Back Country Slam. Then James wrapped it all up when he found another handful of Seatrout. With that, we called it a day, another great one to be fishing here at Amelia Island, Florida!
Posted by Anglers Mark at 6:00 PM