I was asked to cook up a pot of Lo Country Boil today for a group of 25!  I don't know if the temperature got over 40 today so it was some great comfort food to sit down to.  This was one batch:

(This actually took  about 1hr 45 minutes from when fire was lit till done.  Maybe because it was so cold outside!) 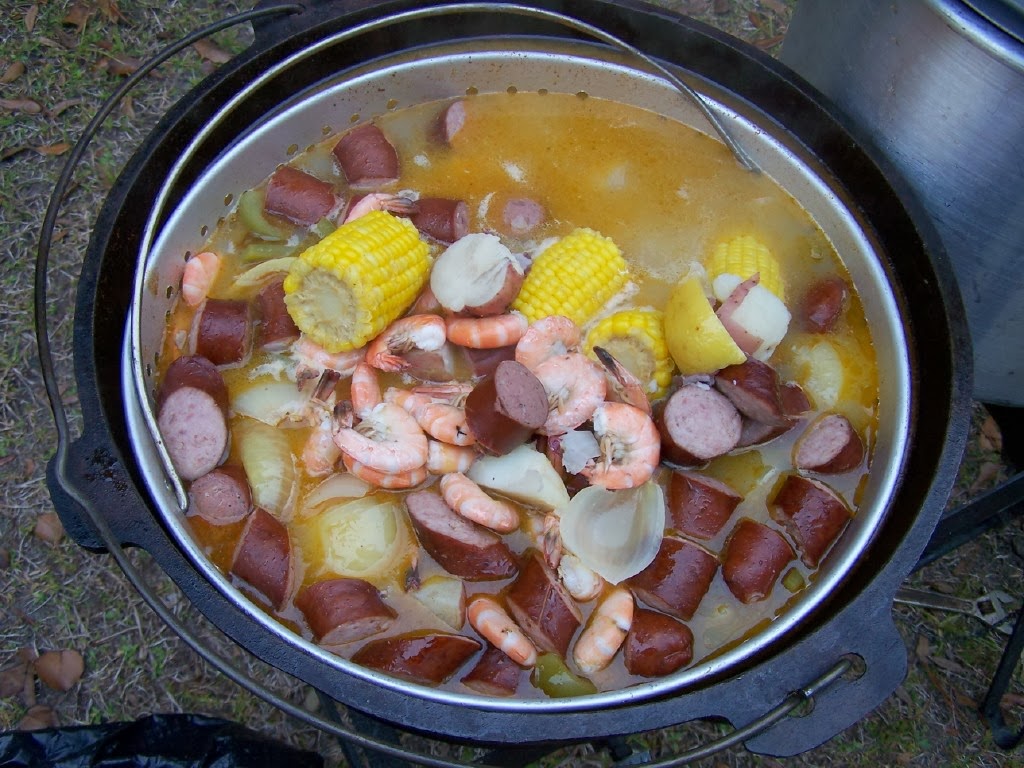 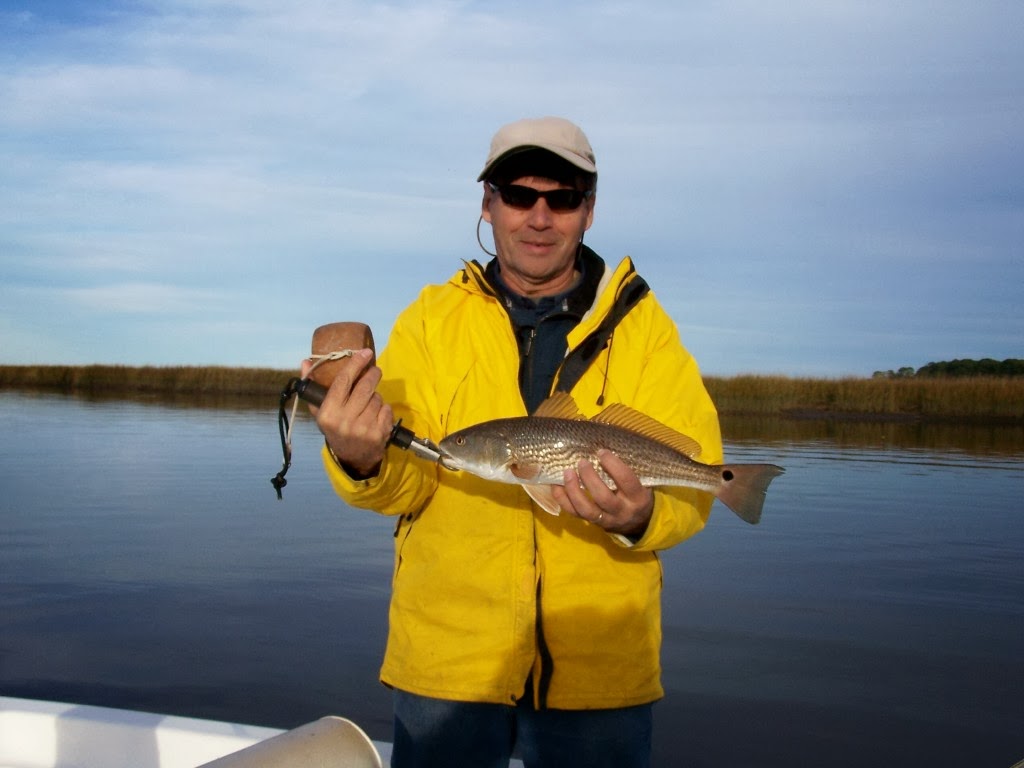 The low tide was scheduled for around 1:50pm so Frank Bioteau and I planned to meet at the City marina at 1pm to get in some Amelia Island back country fishing.  It was cool enough for a light jacket but there was very little breeze and the sun was breaking through some slightly overcast skies as we headed out the marina and ran up Lanceford Creek to fish the exposed oyster beds.  It was a good pick because we hadn't been fishing long before Frank began to pick up some feisty Redfish.  He encouraged me to join in so I picked up one of my light spinning outfits and began to catch some fish too.  We had a good handful of Redfish and a Trout or two before we picked up and ran around to Tiger Island to fish the first of an incoming tide.  Again, feisty Redfish and a couple of Seatrout.  Frank added a hard fighting Black "puppy" Drum and  I had a a couple of keeper sized Sheepshead -rounding out an Amelia Island Back Country Grand Slam of Redfish, Seatrout, Drum and Sheepshead!  We made a run up to the Jolley River where we picked up a couple more Redfish and Seatrout then made  our last stop on the big loop at Bell River.  Again, Redfish and Seatrout.  By this time the breeze had dropped to almost nothing making the water almost like a mirror as the sun began to go down.  What a fun fishing trip and a great way to spend the day out on Amelia Island waters!
Posted by Anglers Mark at 10:41 PM No comments: 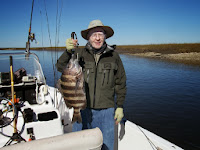 Boy what a storm we had last night!  The rain came down in buckets but when the sun came up it was cool and sunny with just a slight breeze.  I picked Jim Gaddy up at the Ritz Carlton, boat in tow, and we headed down to the Sawpit Creek boat ramp, launched, and ran up the Amelia River and in to the Horsehead area to fish an outgoing tide.  The oysters were just showing so Jim started off tossing a live shrimp under a float but quickly switched to an artificial jig and then alternated between that and a jig/shrimp combo.  As the sun rose higher we knew it was going to be a beautiful day out on the water.  We fished the banks of Jackstaff as the water dropped and had no real bites then we made a run over to the Nassau River, fished a spot, and also had no real bites.  Our next stop was down at Broward Island which we fished a good hour as the tides swept the shoreline.  Jim was quick on the rod and did pick up a couple of pesky "baitstealers".  We made a run back east and began to fish the now exposed oyster beds.  Jim commented that he had a weird bite then his rod bent double, FISH ON!  He played the fish patiently as his drag sang and when it came to the surface we saw that it was a BIG Sheepshead!  Jim worked the fish to the boat and even though the fish looked defeated, he was playing possum!  As I went to net the fish it made one last dash and BAP, Fish Off! Ouch!  But we weren't to be detered.  Shortly after that we had another weird bite and again the rod bent. Sure enough as Jim worked it to the surface we saw it was another Big Sheepshead.  This time we made sure the beast was subdued and after netting it we measured it to 21.25", a very nice Sheepshead!   As the tide came in we worked the rocks at Seymore's Pointe and caught 2 feisty Redfish. With that, we called it a day, another great one to be out on Amelia Island waters!
Posted by Anglers Mark at 7:01 PM No comments: