First Fish and Most Fish 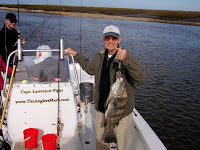 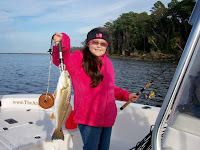 The weather only got better today as the day progressed.  After an early morning fishing trip I met Harold Blanton, his son-in-law Roger and Roger's daughter Amanda at the Sawpit Creek Boat Ramp and again headed north to fish the Horsehead area.  We made our first stop at Bubblegum Reef and Amanda quickly knocked the "skunk off the boat" by landing a hungry Seatrout for the first fish of the day.  The anglers continued to fish and had to work through some pesky bait stealers and just when I though that this spot was going to be a bust, BOOM!  FISH ON!  Harold's rod was bent double and his drag was singing.  This big fish stayed deep and  was all fight but Harold patiently played the fish.  He had to go from bow to stern and back but he kept the pressure on and after an extended battle we finally landed the largest Black Drum we've landed of the year - a 25" 15lb Black Drum!  We made a move to Broward Island to fish the first of an incoming tide and here all the anglers began to land fish.  Amanda had a nice Redfish and so did here dad, Roger.  They caught Seatrout and more Reds and then Harold landed another keeper sized Black Drum.  After catching a few more fish we made a run to the Jackstaff bank and now the light breeze had dropped to no breeze making the water like glass as the sun crept downward.  The anglers were fishing float rigs now and picked up a few more Seatrout.  We tallied up the count and it appeared that Amanda had caught the most fish during the trip, too!  With that, we called it a day, another great one to be out on Amelia Island waters!
Posted by Anglers Mark at 10:37 PM 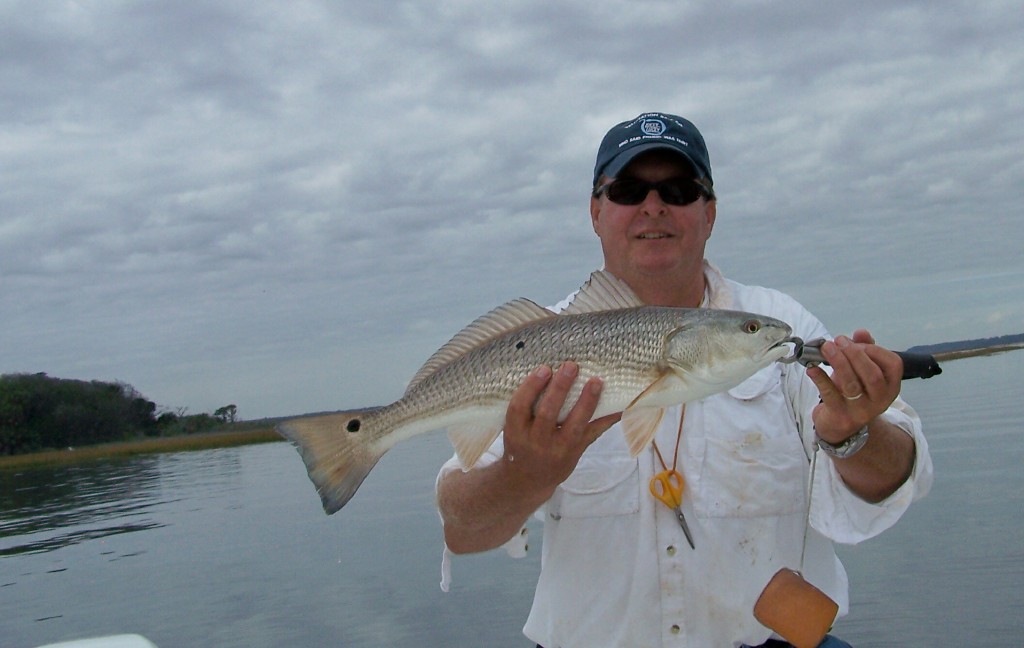