From Fog to Fish 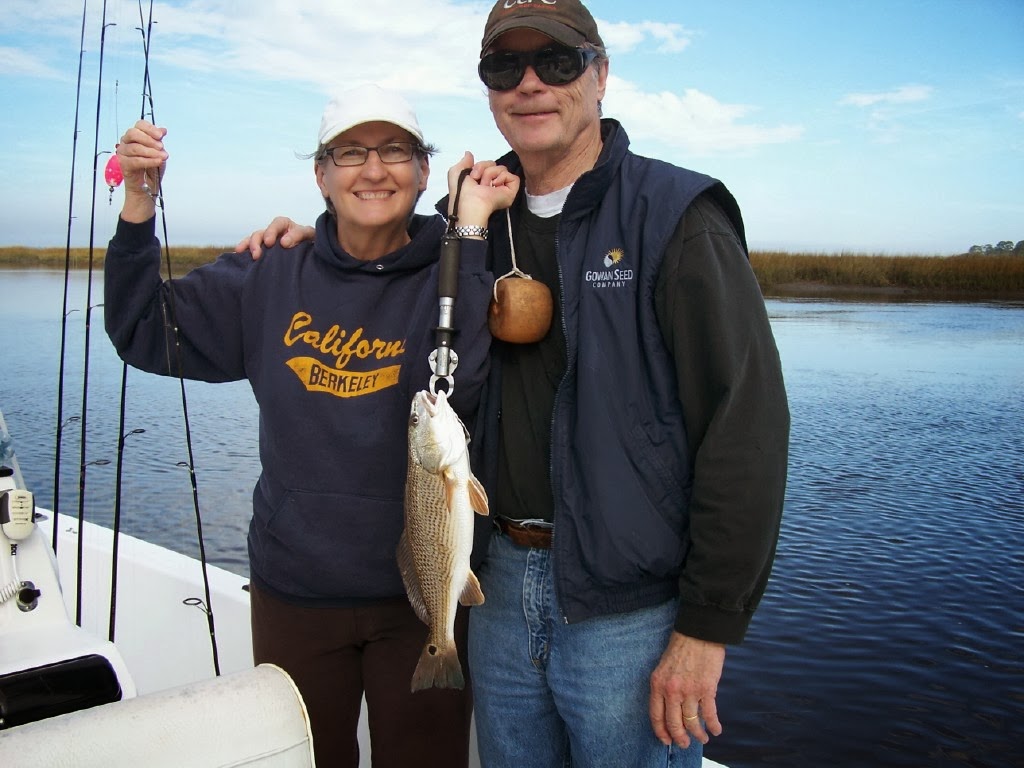 Who would have thought we'd have such a beautiful afternoon just a few days from one of the worst stormsthat hit the southeast in years?  I met Michael Purser and his wife Robin at the Atlantic Seafood dock this afternoon with plans to fish the outgoing tide.  With only a slight breeze and temperatures in the 70's we headed north and surprisingly, we had to navigate some dense fog to get to our first spot - a marsh outflow just outside of Tiger Island.  The anglers started off tossing live shrimp under a float on water like glass, but had now real bites.  We then attempted three new spots but the recreational anglers were out in force 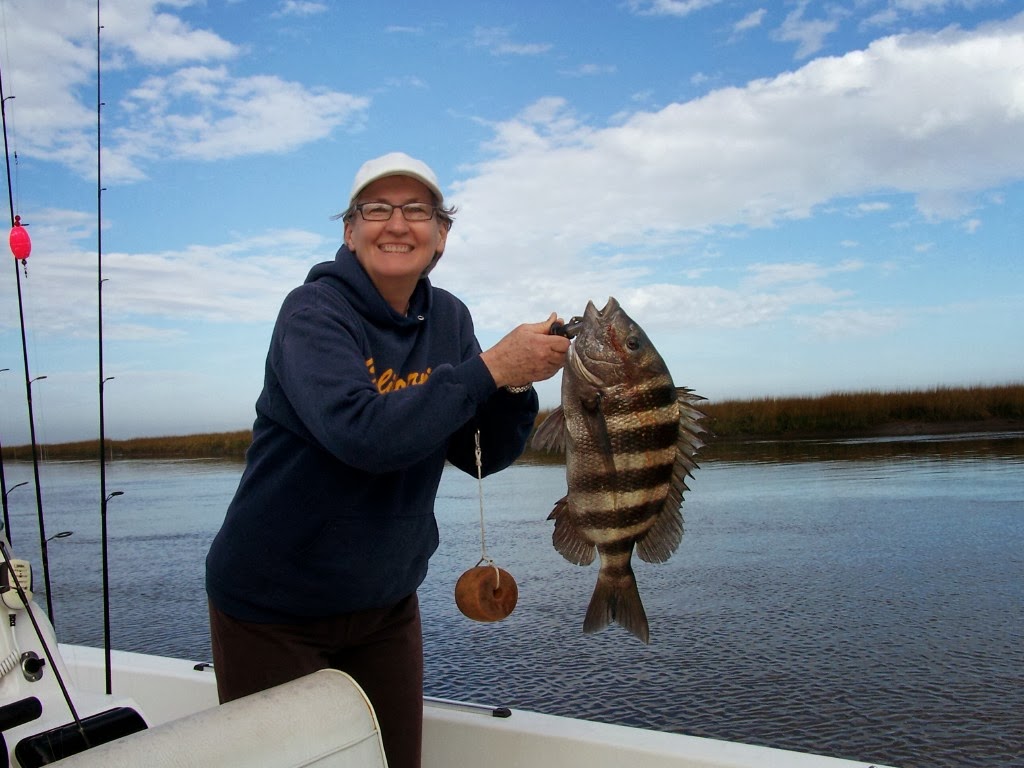 this beautiful day so we ran way back into Bell River to get some solitude.  It took lot of casting but Robin and Michael's patience paid off when Robin hooked up with a nice feisty Redfish that was just under the Slot.  A little later she put another one in the boat, identical size.  But the third time was the charm and we all knew this fish was big!  Robin worked the fish patiently (and despite Michael and my coaching) soon landed a nice Big 21.25" Sheepshead!  Boy what a fish!  Both the Redfish and Sheepshead put Robin in the standings of the Anglers Mark 2014 Bragging Rights Tournament (scroll down the right side of this report for standings). We made a couple of more stops then headed in, counting it as another great day to be out on Amelia Island waters!