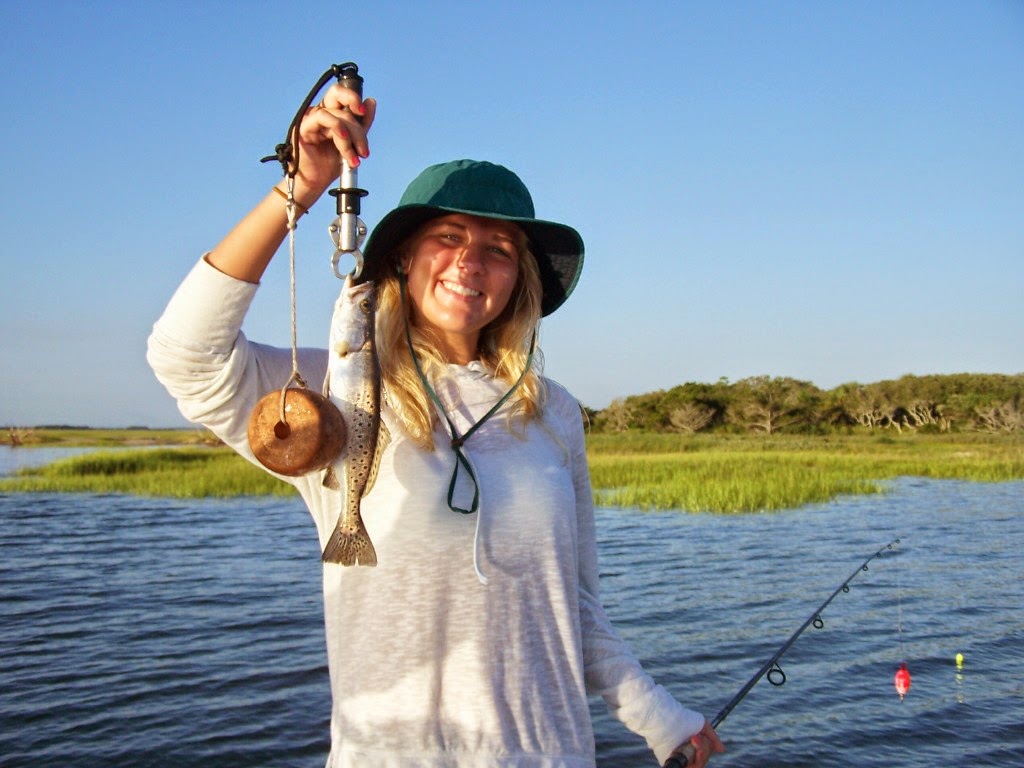 You may have noticed in the Reports that we've been catching fish the last few days but haven't been getting any "big" ones!  But today turned the tide on that subject!  I met Sal Digenario, his daughter Kasen and his nephew Logan down at the Atlantic Seafood dock this morning and we headed up river to fish the outside of Tiger Island with float rigs and mud minnows on a high and outgoing tide.  As it has been, it wasn't long before the anglers were getting bites.  Kasen led the charge and landed a nice hungry 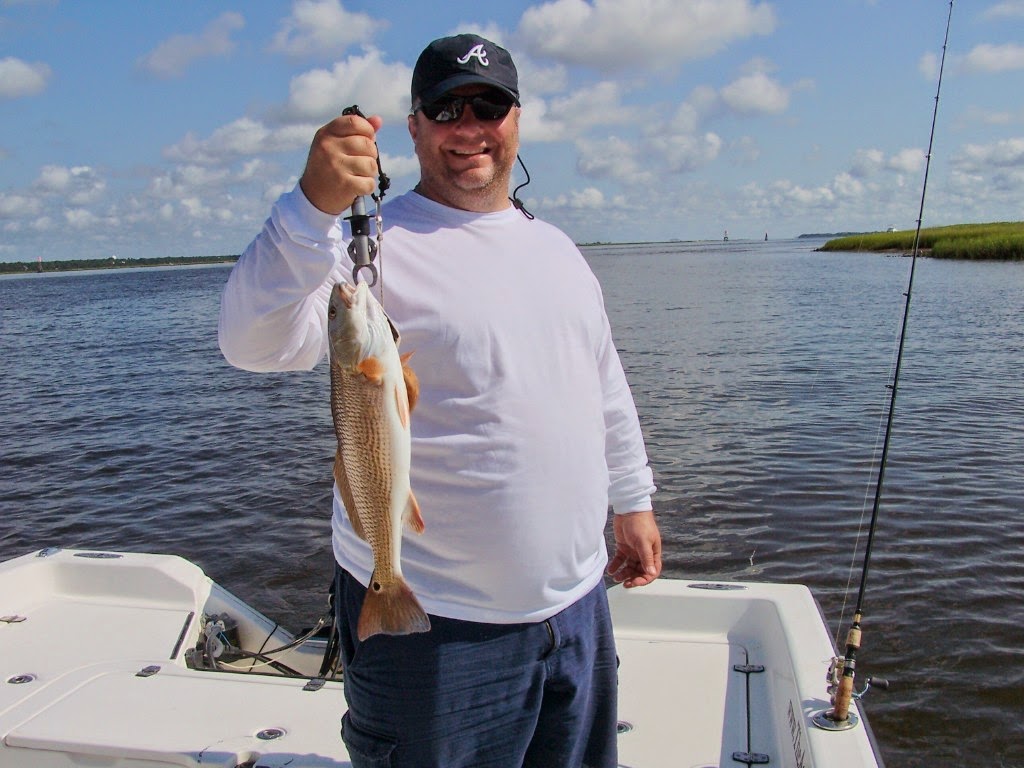 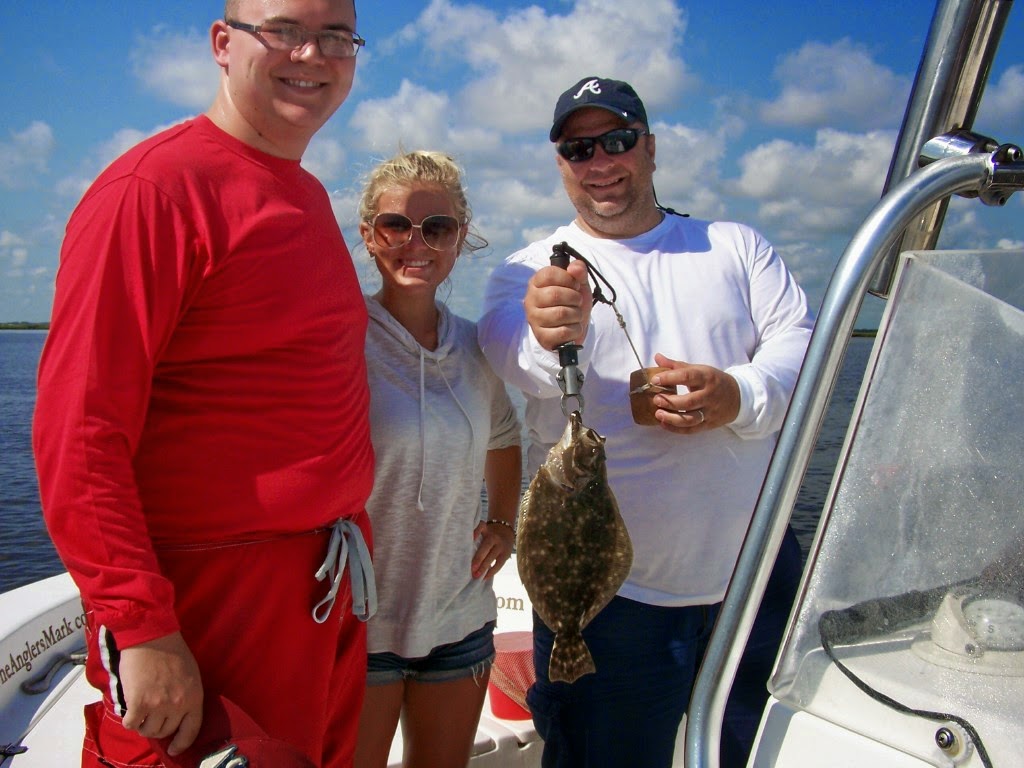 Seatrout.  We moved around to a creek inlet and Logan picked up a feisty Redfish.  We caught a couple of those then headed over to the Jolley River and again had some decent bites.  Sal got on the board with a hungry Bluefish then we moved back to the mouth of the river and began a slow troll of the marsh grass and now exposed oysters.  Almost immediately the anglers began to get bites.  They landed a couple of small Redfish then Sal had a strong hookup and this was a bigger fish, FISH ON!  He played the fish patiently and after a good battle landed a nice Slot Redfish!  Shortly after that Sal
put a keeper sized Flounder in the boat to round out the group's Amelia Island Back Country Slam.  Kasen was staying neck-and-neck in the fish count total as we had a good bite for a while there.  We made one final stop around at the expose logs of Tiger and here Sal put one more Slot Redfish in the boat.  With that, we called it a day, another great one to be fishing Amelia Island waters!
Posted by Anglers Mark at 6:09 PM

We had a great time with Captain Piper, he was an awesome host on his boat and was extremely helpful showing us how to land the different types of fish. We will arrange another trip with him next time we are on Amelia Island. Thank you for the great time Captain Piper, you made our day!