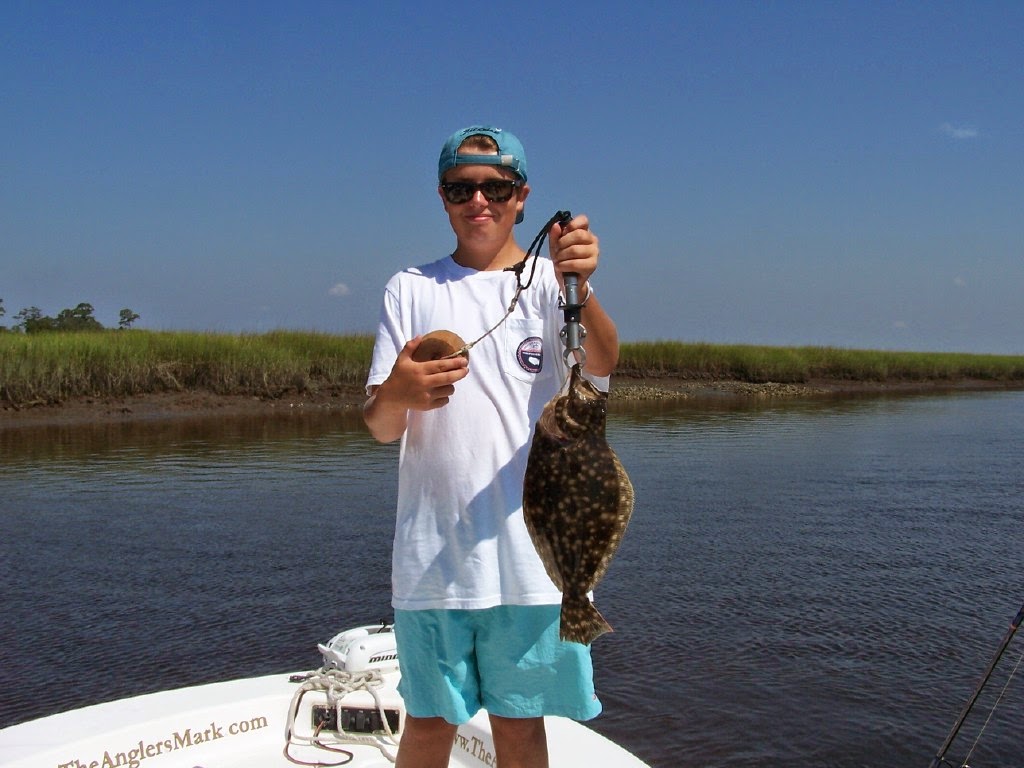 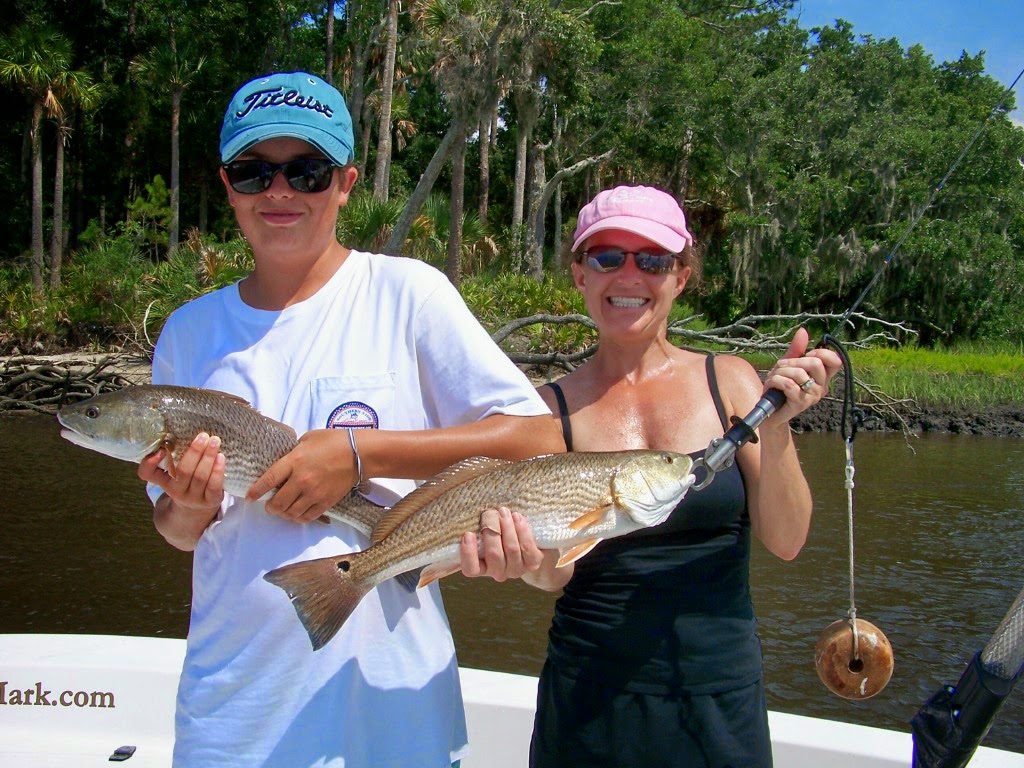 The Pleasant family were back in town  this week and I fished with them on Wednesday.  William and Shannon, their son Alex and friend Eli met me down at the Fernandina Beach Harbor Marina. Alex was last years winner of the Anglers Mark Bragging Rights Tournament -Redfish Category with a 33.5" Redfish and was back to defend his title!  We headed north to fish the Jolley River on the first of an outgoing tide with mud minnows under float rigs.   The anglers picked up a handful of small Redfish, a Bluefish, and
tangled with a couple of Ladyfish.  We fished further up the river at Snook Creek but had no real bites, then made a run around to Bell River.  Here, Alex put a nice keeper sized Seatrout in the boat and just as we were about to leave Eli hooked up and caught a nice 16" keeper sized Flounder.  After a short break we fished the south end of the island, making our first stop at some structure to fish an incoming tide.  Shannon, Eli and William both put keeper sized Snapper in the boat while Alex landed a just-short Redfish.  We then ran to Broward Island to fish the downed logs.  I think it was 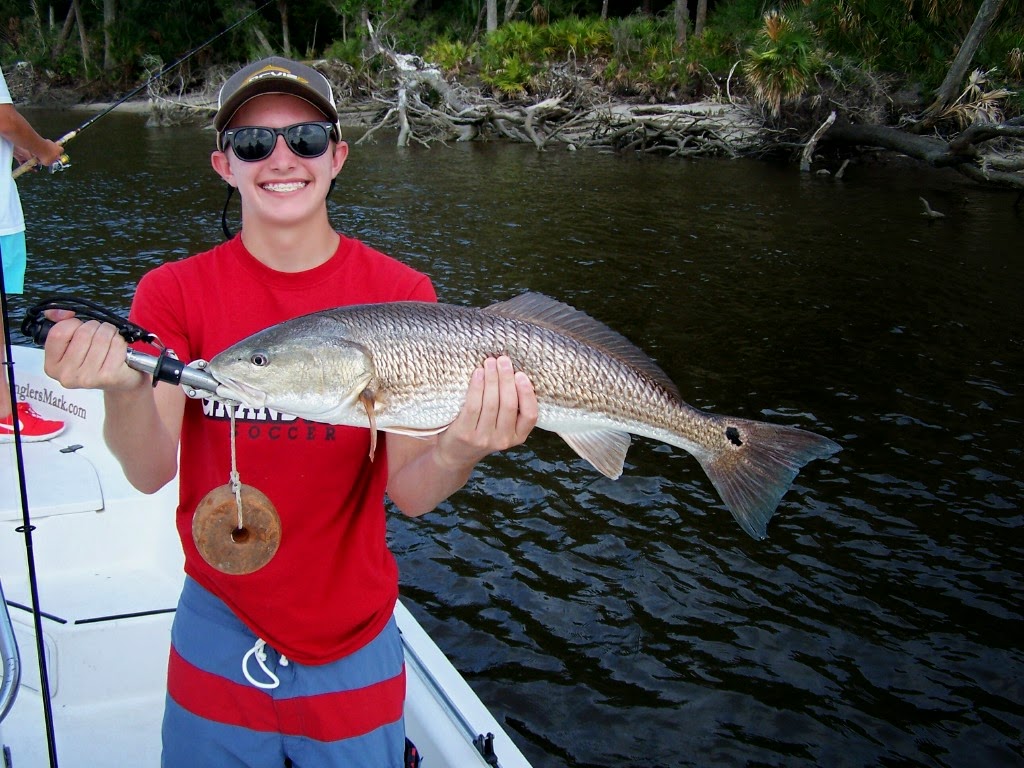 only a cast or two and BOOM, FISH ON!   Shanon had a good hookup,  played the fish patiently and put a 20" Slot Red in the boat. As we were de-hooking her fish, Eli followed that up with one of equal size.  The anglers eventually put one more Slot Red in the boat.  Alex was still working on his Big fish and he wasn't to be denied!  When his rod bent double and drag began to rip we knew he had a big one on!  He played the fish from bow to stern and back.  The fish ran deep but Alex kept the pressure on and after a long battle landed a 27"+ oversized Redfish!  Boy what a fish!  William was quietly fishing at the rear of the boat and caught a keeper sized Flounder, then another.  Alex followed that up with a keeper sized Flounder of his own.  The day had started out slow but wrapped up nicely with some great fishing here in the back waters of Amelia Island!