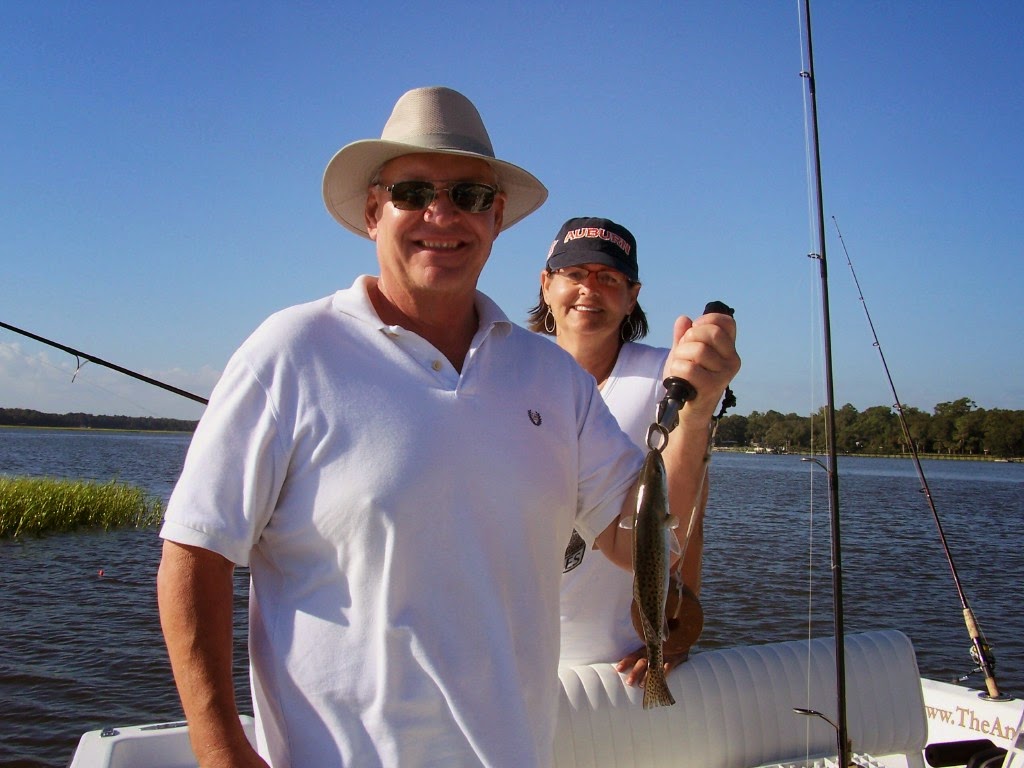 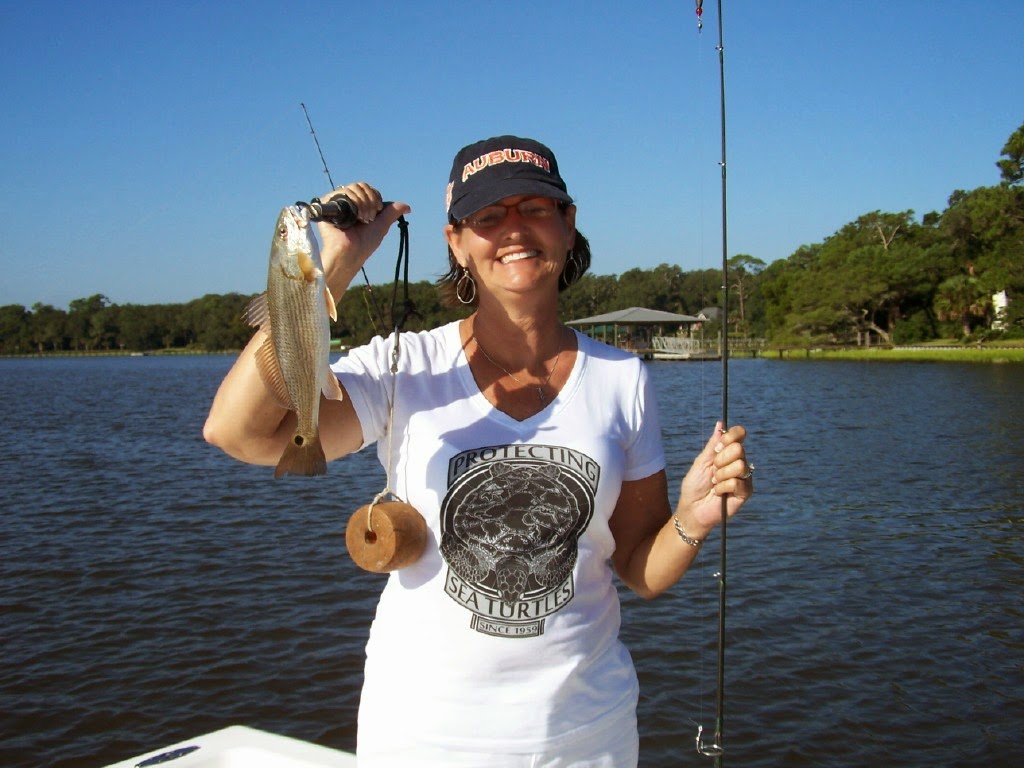 High winds and rain cancelled my trip yesterday but we were able to get out on the water today.  I fished with Buddy and Beth Farrell this morning, leaving the Atlantic Seafood dock at 7am and heading around to fish the logs of Tiger Island with jigs and mud minnows.  We had some pretty good bites but no takers so we made a run through the marsh (the sound was still windy and choppy) and fished some flooded oyster beds with float rigs in Bell River.  Again, no real bites!  Our next stop was a grass patch in Lanceford Creek and this did the trick.  The duo were still tossing the float rigs
and Buddy "knocked the skunk off" by landing a hungry Seatrout.  He followed that up quickly with another then Beth got in on the action and landed a feisty Redfish then Buddy landed one, too.  They caught one or two more then we moved down the way to fish some flooded oysters and here they caught a few slashing Bluefish and Beth put another Redfish in the boat. Our next stop was down the Amelia River and even though we had a few nibbles, the water was way up in the grass, so we called it a day, another great one to be fishing Amelia Island waters!
Posted by Anglers Mark at 4:15 PM