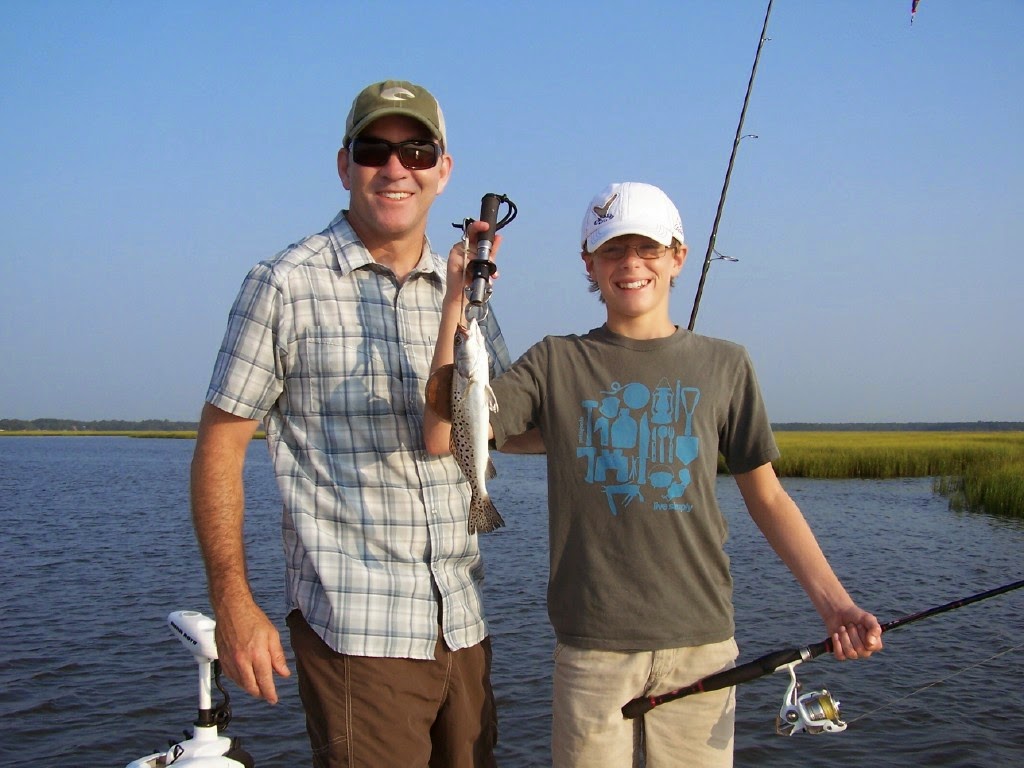 I fished out of the south end today, launching from the Big Talbot Island Park boat ramp.  I had met Todd Billmire and his son Seth, their friends Trip and Andrew, for an Amelia Island back country fishing trip.  We headed up to fish Jackstaff Creek on the very first of an outgoing tide.  The anglers were tossing mud minnows under float rigs as I eased along the flooded marsh grass.  Todd was fishing out of the stern of the boat and knocked the "skunk" off by 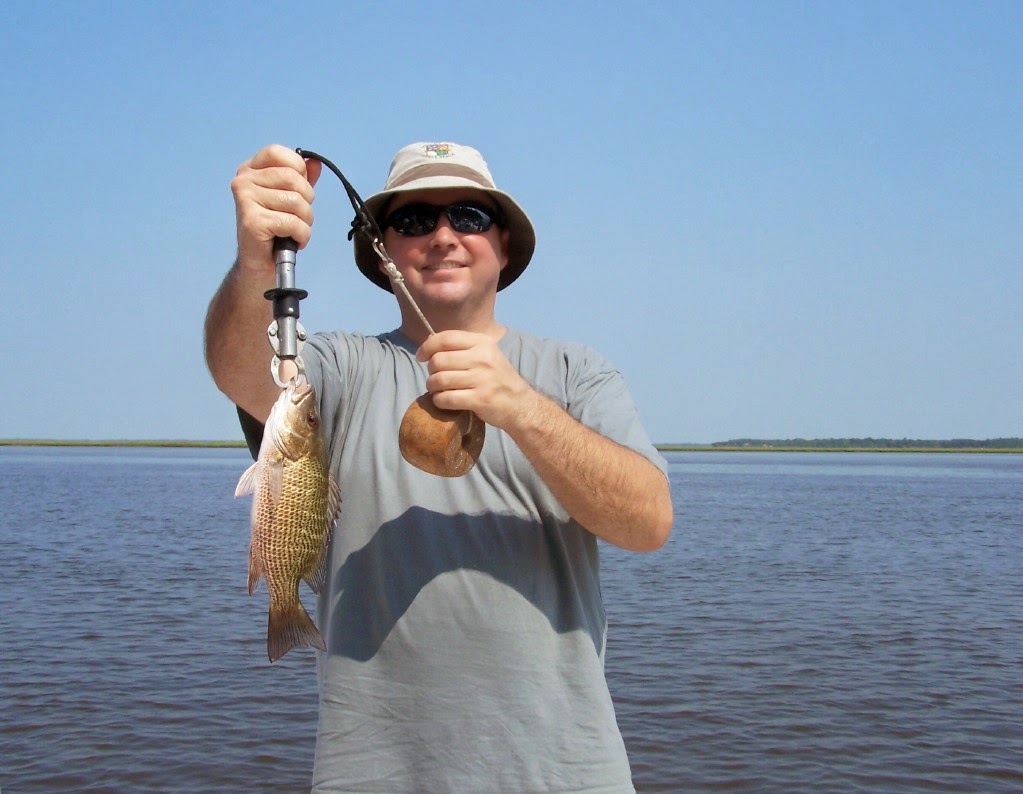 landing a nice feisty Redfish.  The anglers were getting a bite here and there but no real takers so we switched to jigs and minnows and made another pass.  It wasn't long before Todd, again fishing out of the stern, picked up a nice keeper sized Flounder.  A little while later his son Seth landed a hungry Seatrout to round out a Billmire Amelia Island Back Country Slam of Redfish, Flounder and Seatrout.    We made a run around to Seymore's Pointe, had some bites on the float rigs but the current was making it tough to fish so we jumped over to Twin Creeks to fish.  Again, some bites, but no takers.  Our final stop was at Broward Island and in just a short while Trip was on the board with a keeper sized Snapper.  The anglers picked up another Redfish or two then we called it a day, another great one to be fishing Amelia Island Waters.
Posted by Anglers Mark at 5:17 PM