On The Water After Work 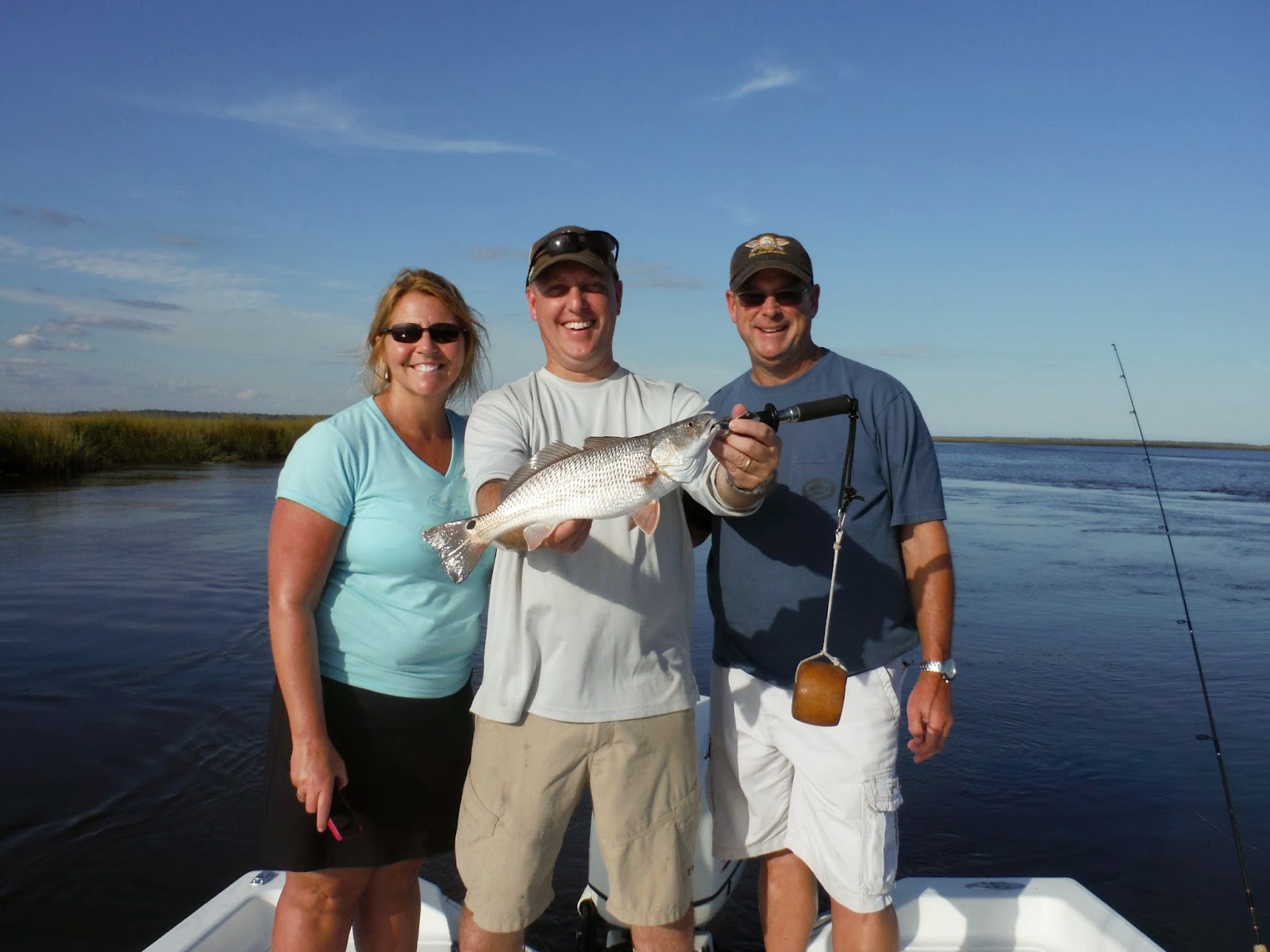 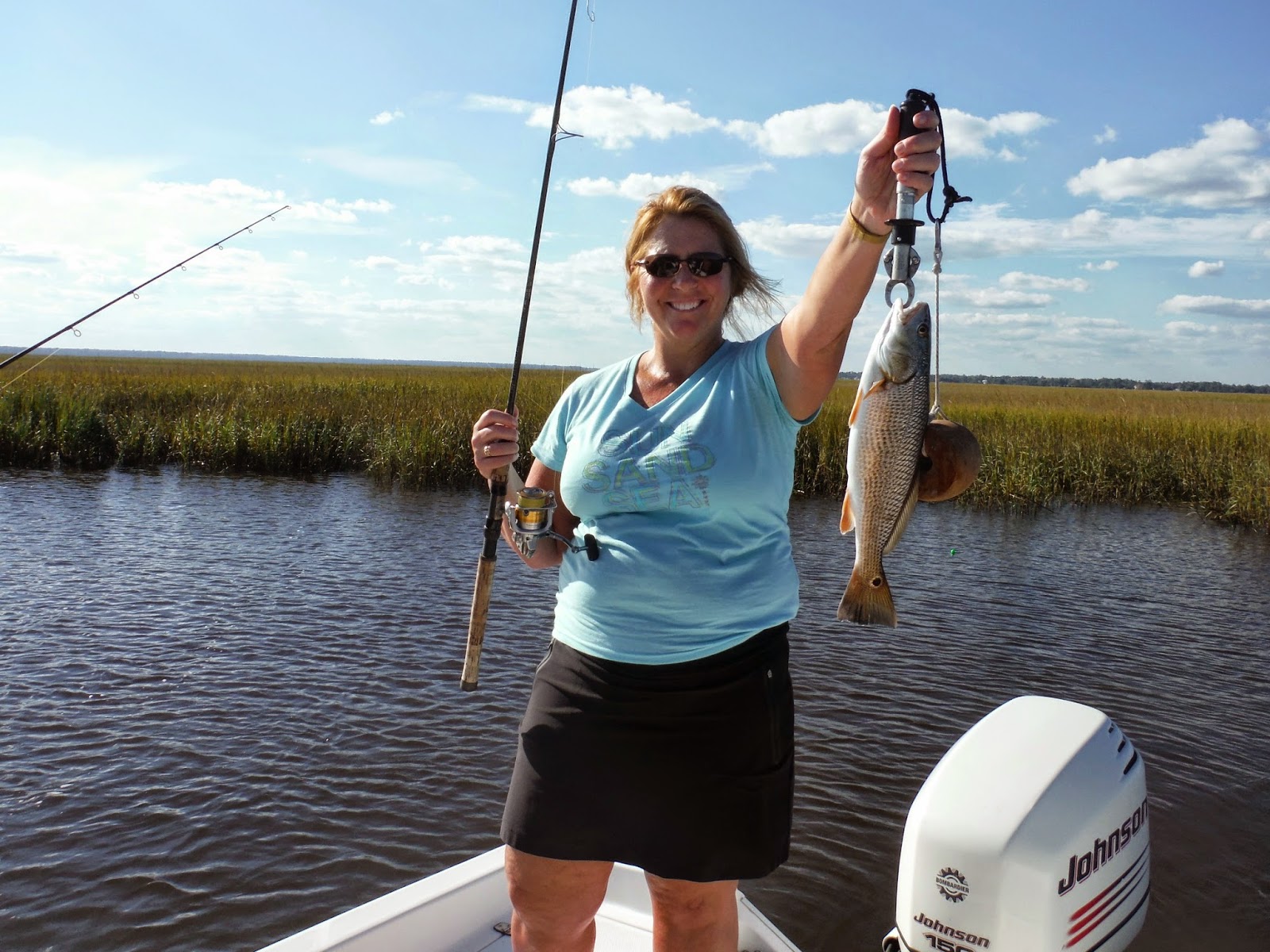 I fished Wednesday afternoon with Brett Caldon and his friends and workmates Lisa and Rick, all who had finished up a business related conference out at the Omni.  We met down at the Atlantic Seafood dock and headed up the Bell River with a baitwell full of live shrimp and mud minnows on the first of an outgoing tide. We made our first stop at some flooded oyster beds and within in moments of gettting there float rigs out to the edge of the marsh grass, they began to get hookups.  The bite was fast and furious as
the three anglers battled with hungry Seatrout and pesky baitstealers.
All three put Seatrout in the boat before we moved on to fish the outside of Tiger Island.  Here they picked up a couple more Trout then we made run up to Jolley River and a larger creek outflow.  Again, they had a few Trout and more baitstealers.  We moved up into the creek and after a number of casts to the corner of some grass, Brett had a stronger hookup and landed a bigger keeper sized Seatrout.  He went back to the same spot and even put his float and bait right up in the grass and within seconds the float went under, and FISH ON!  He played the bigger fish patiently and soon landed a nice Redfish, his first.  We move around to the outside of the creek, caught a couple of more Trout then Lisa put a good Redfish in the boat.  Our last stop was back at Tiger Island and caught a couple of more feisty Reds and even had a hard fighting Black "puppy" Drum.  With that, we called it a day, another great one to be fishing Amelia Island waters!
Posted by Anglers Mark at 6:07 PM