Spots and a Slam 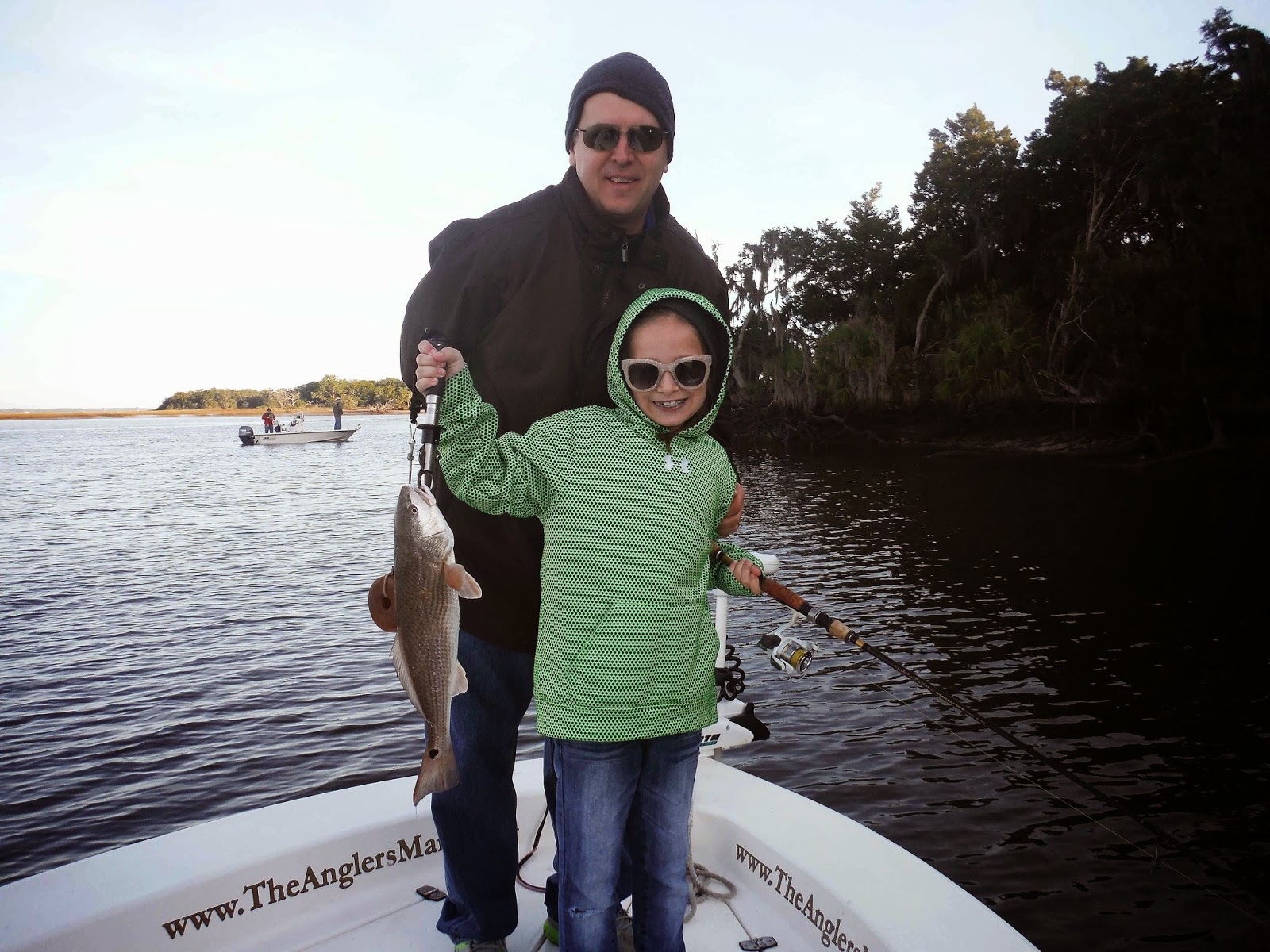 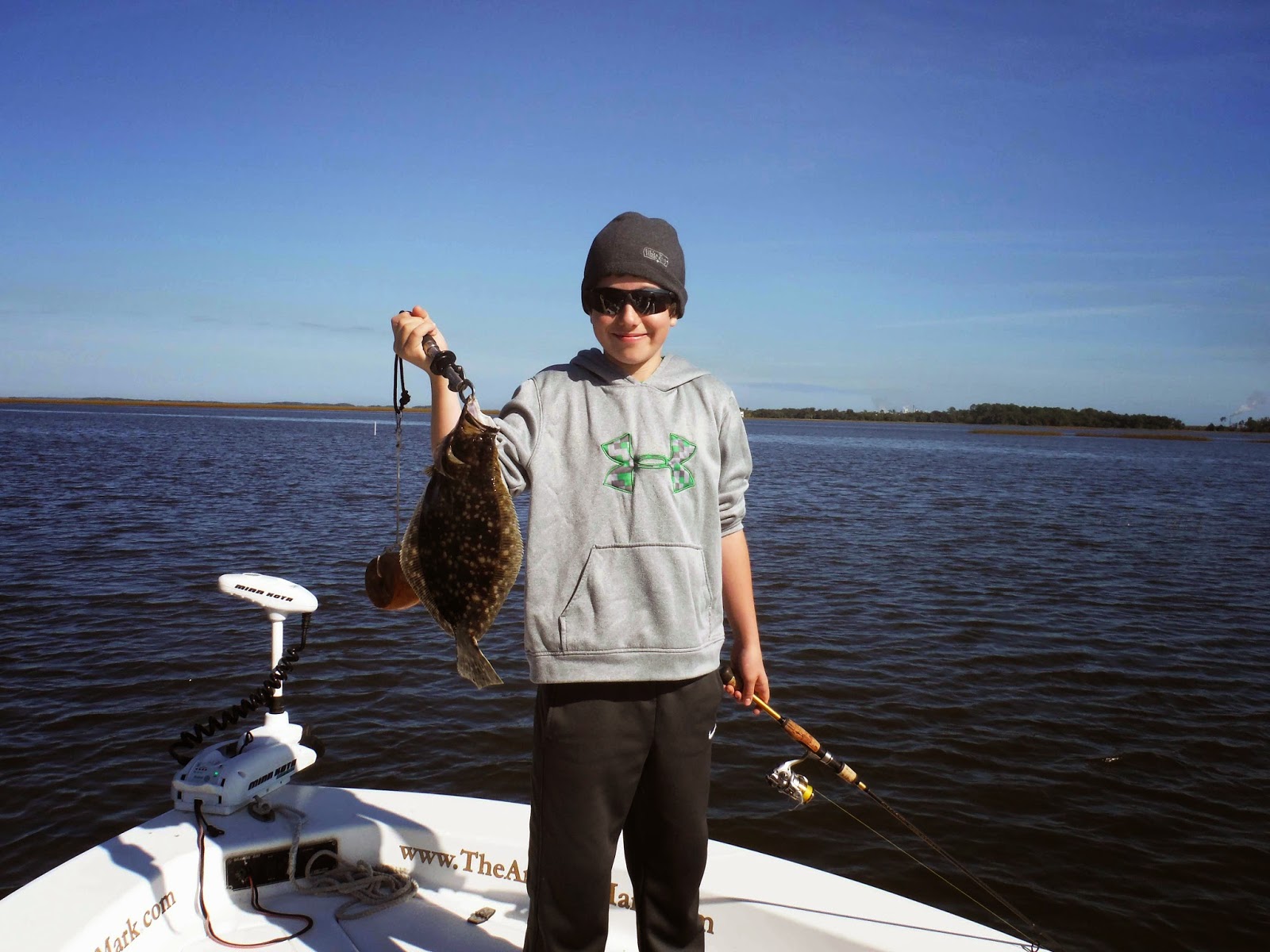 Today was another beautiful day to be fishing and the fish were cooperating! Henry Vicary and his kids Conner and Olivia met me at the Fernandina Harbor Marina and we headed out to fish the first of an incoming tide. We had an arsenal of live shrimp and mud minnows to tip our jigs and I think it only took one cast for Olivia to put a Redfish in the boat!  All three anglers began to catch fish, with most of them being Redfish to 17 3/4" and finally they landed
a nice Slot fish. Conner fished deep and landed a keeper sized Seatrout and then added a few more Reds. Later, Olivia put a Seatrout in the boat and a 7 spot Redfish, the most spots for the day. When the bite slowed, we ran to Jolley River, fished a couple of spots, then fished Bell River where Henry landed a sole Trout. After fishing one more spot in Bell, we ran up Lanceford Creek and picked up another Trout. When Conner felt something heavy I thought for sure he had hung an oyster clump but he assured me it was a fish. That's what I get for doubting him because when he reeled it to the surface it was a nice 16" keeper sized Flounder! Conner had his own personal Amelia Island Bac Country Slam of Redfish, Seatrout and Flounder! Now that's the way to wrap up an Amelia Island fishing trip.
Posted by Anglers Mark at 5:58 PM