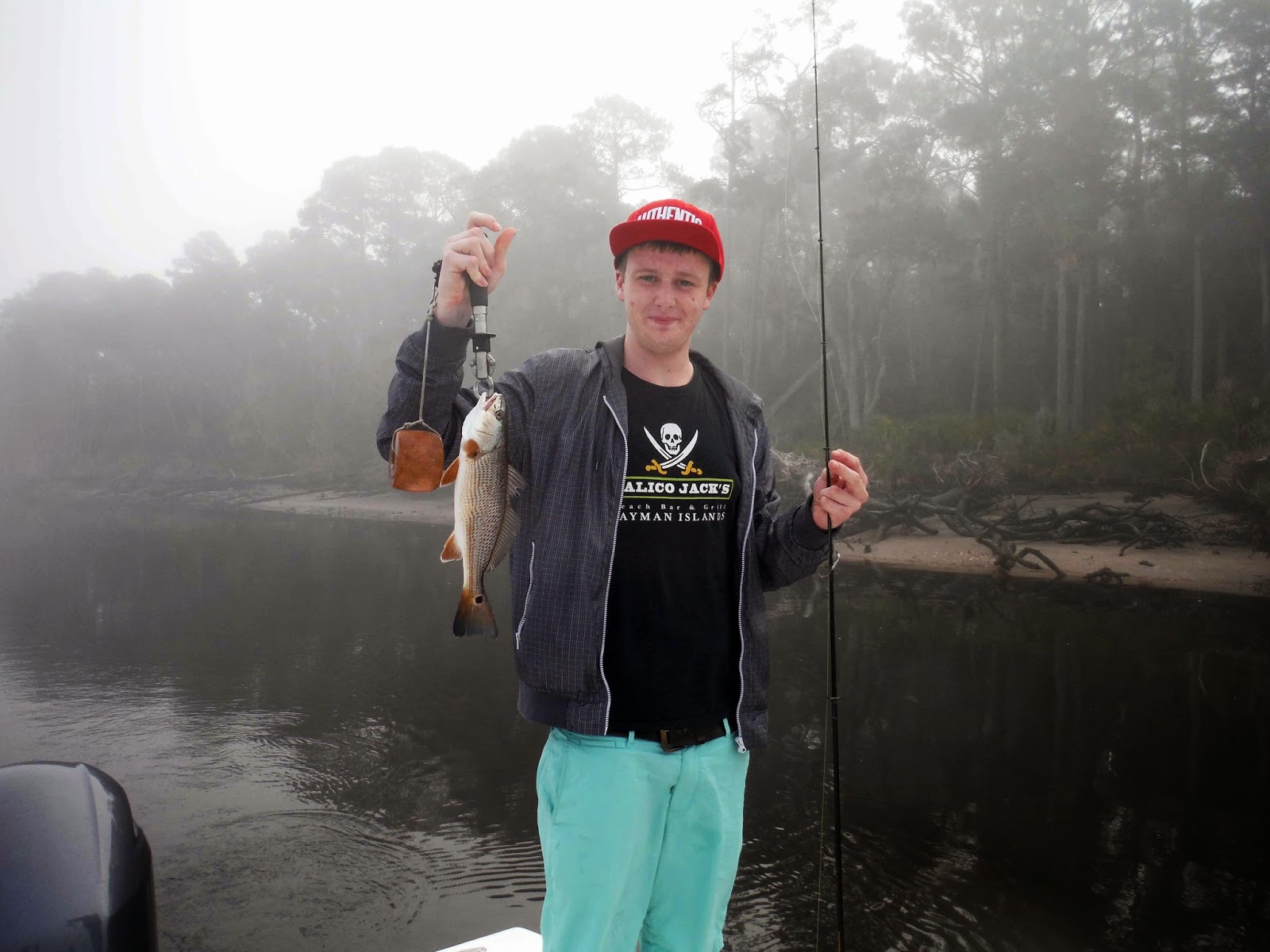 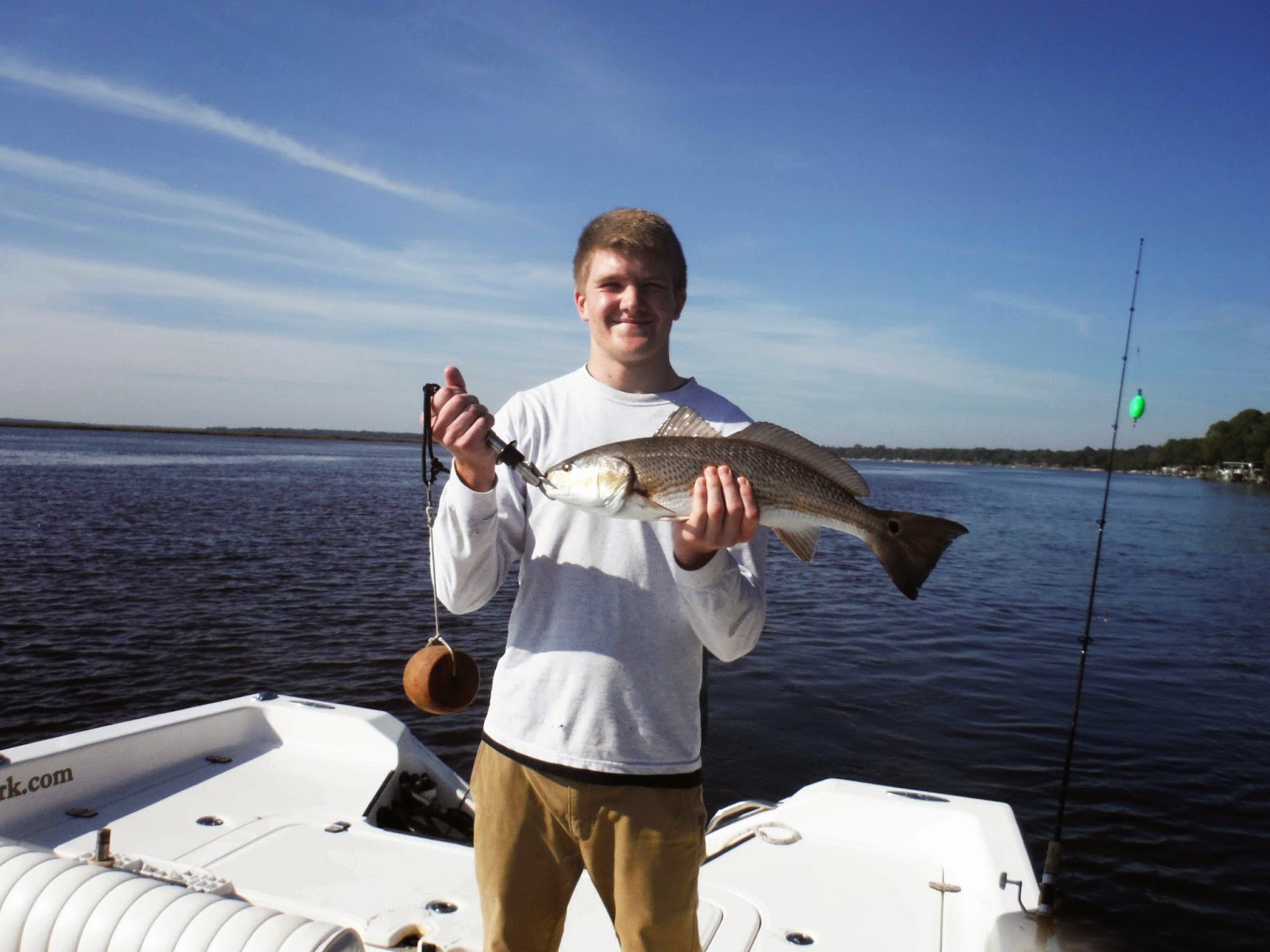 Another outstandingly beautiful day today! I met Dave Ward and his sons Steven and Michael down at the Big Talbot Island Park boat ramp at a dead low tide and we ran up the Nassau Rive to the Horsehead area to fish our first spot. We had some really nice shrimp and some left over mud minnows and the three anglers began to tossing to some dock pilings. But the fish were not cooperating! We then made a run down to Broward Island, passing the tide line, and fished the last of the outgoing tide there. Dave had a hungry Seatrout to the boat but it took Steven to "knock the skunk off" when he landed a feisty Redfish, then followed it up with another. Dave landed a fat Seatrout before we made a run back to Seymores Point. Things heated up a bit when our first cast to the rocks saw the float slowly sink under we had a Redfish hookup! Michael played the fish in and I think this got him primed. He was tossing his float up near the rocks and began to reel in the Reds. Then, after one cast he said his float just disappeared and FISH ON! He played the fish patiently and worked it away from some pilings and after a good battle his dad netted a Slot 22" Redfish. I think Dave put another multi spot Red in the boat then we called it a day, another great one to be fishing Amelia Island waters.
Posted by Anglers Mark at 4:27 PM