A Jack Crevalle in March? 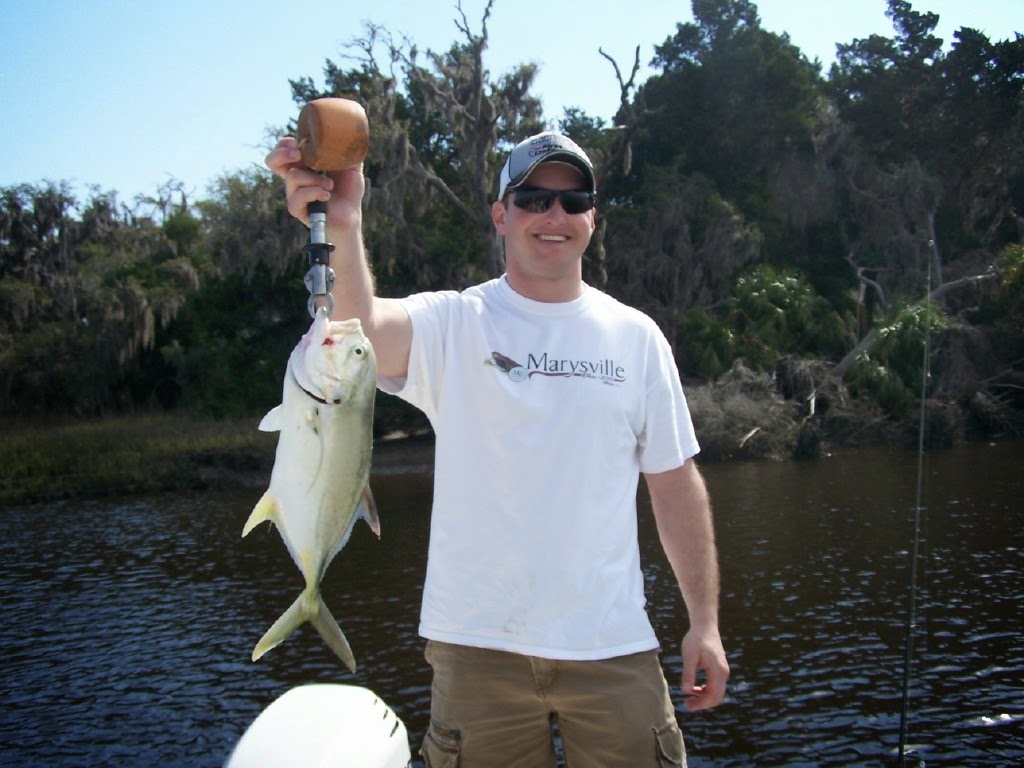 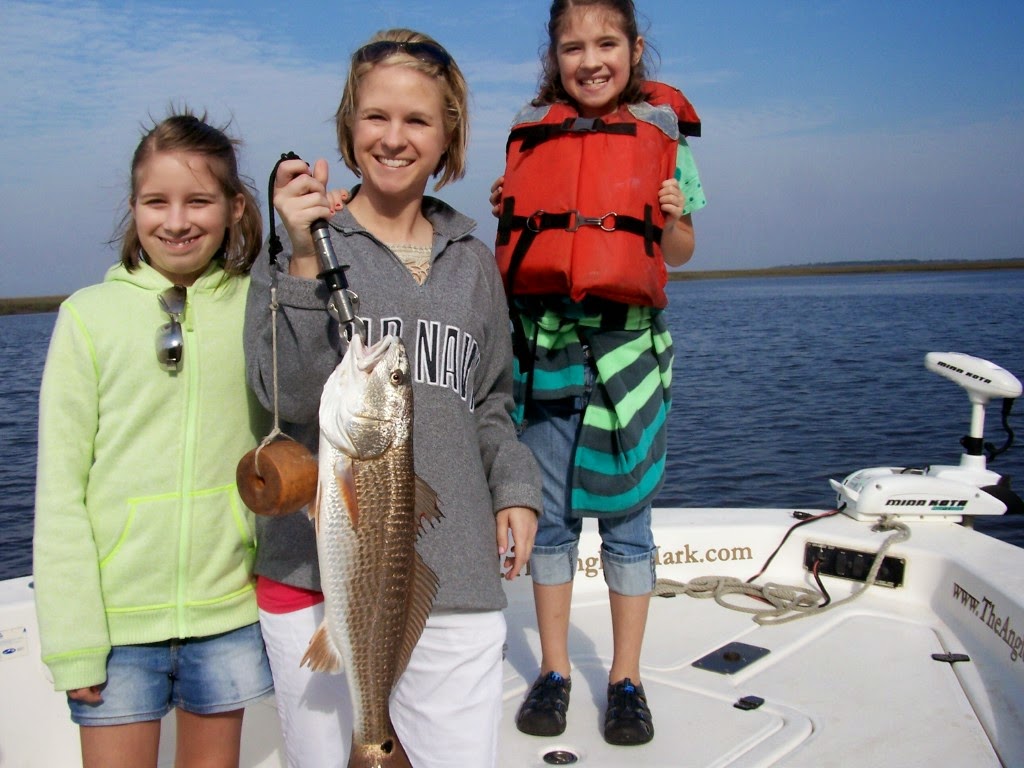 We had a beautiful morning today as we headed out of the City marina and a good tide for fishing the back country of Amelia Island.  My guests, Matt Hutchins, his girlfriend Laura and her daughters Taylor and Haley were in town and looking to catch  some of our saltwater fish.  We made our way around to Tiger Island and began to toss jigs and shrimp to the exposed logs.  I was expecting instant hookups like we had last night but the fish had decided to play hard to get.  But eventually Matt knocked the skunk off the boat by landing a hungry Seatrout then Laura followed it up with another.  As we worked the bank it became apparent that these anglers were going to have to work for their fish and work they did!  Laura had made a good cast to a likely spot and when her rod doubled over and the drag sang I knew she had a good fish, FISH ON!  She fought the fish expertly and after a good battle, landed a nice 25" Slot Redfish.  Things were looking up!  We worked the bank north to south and south to north and the anglers picked up a feisty Redfish here and a hungry Seatrout there.  Laura again contributed to the box with a nice 17" keeper sized Seatrout.  The young girls were having a good time with the perch but pitched is taking turns as "netgirl" when Matt and Laura landed a fish.  Matt finally outsmarted and landed a Sheepshead which measured well over the keeper size.  And when his rod bent and drag sang I just knew he had his Slot Red.  This fish took Matt from one side of the boat to the other and after a patiently battle he brought it to surface, to find that it was an aggressive Jack Crevalle!   We continued to fish and catch until we ran out of shrimp, then had a short tour of Cumberland Island, Fort Clinch and Old Town to wrap up another great dayh to be out on Amelia Island waters!