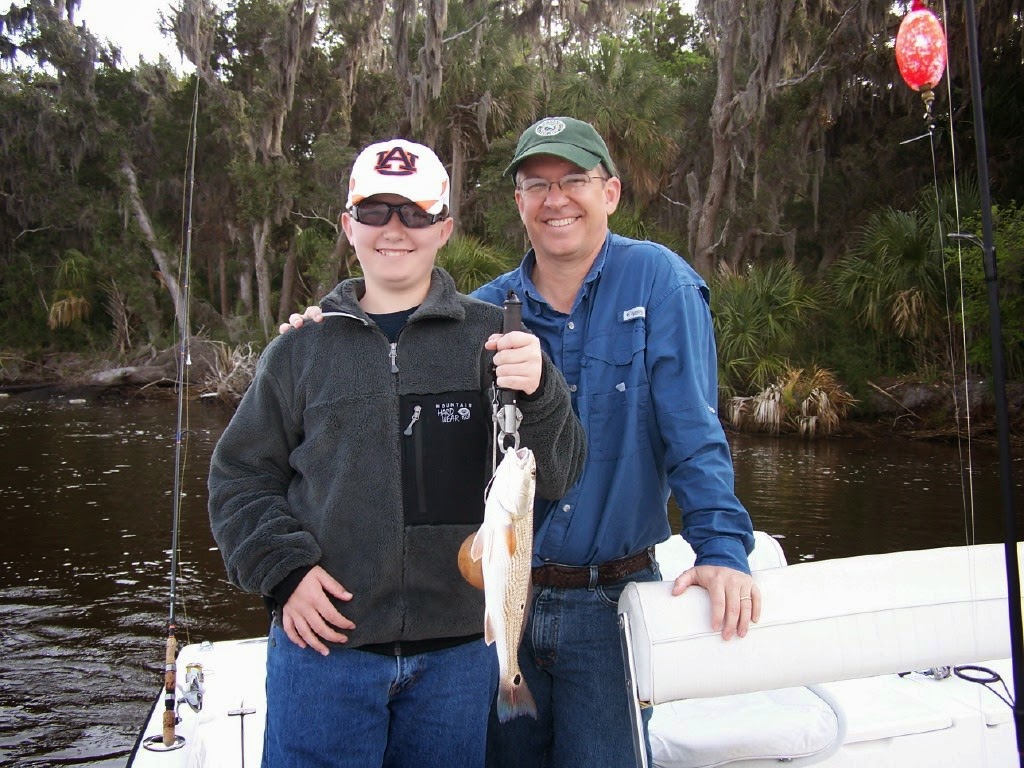 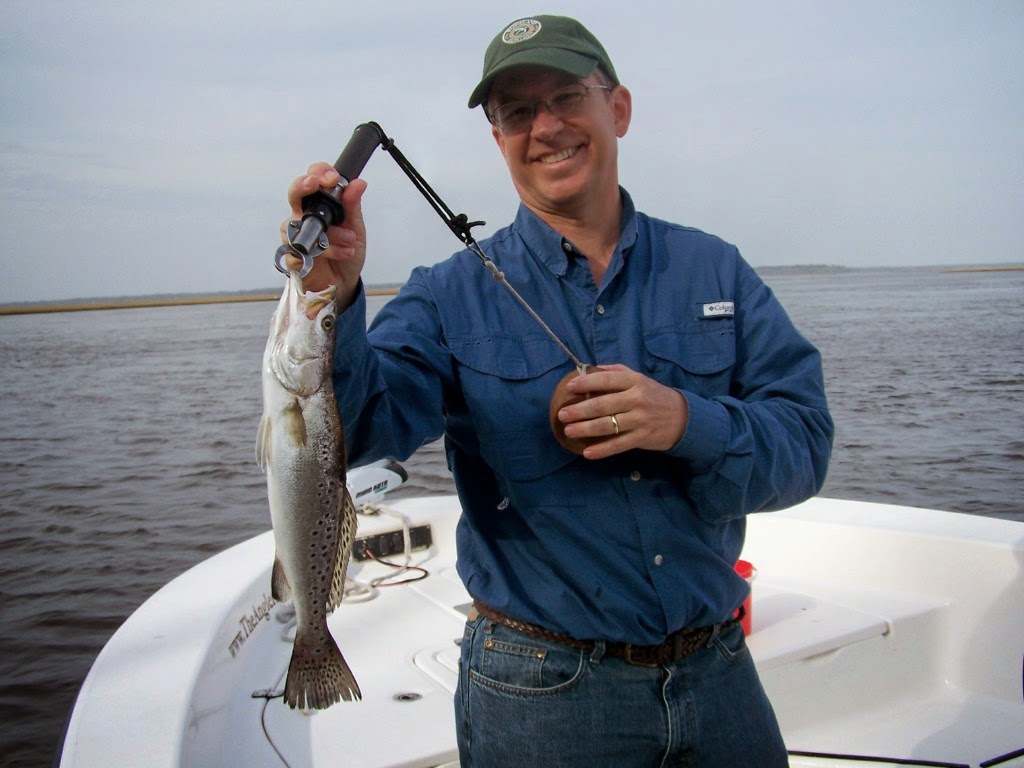 This morning we had some really nice weather with very little wind and clear skies.  I met Tavis White and his ball playing son Tommy down at the Atlantic Seafood dock and we headed up to Jolley River to fish the very first of an outgoing tide at a marsh run out.  We were tossing live shrimp under floats but  had no takers.  Our next stop was up in a large creek and we switched to jigs and shrimp, but again no takers.  Our final stop in Jolly was at a sizable creek mouth but tossing the jig produced no bites.  The tide was getting down somewhat so we ran around to Tiger Island and here the fish catching heated up.  I think our first cast produced a hookup and young Tommy played it perfectly, landing a nice feisty Redfish.  From then on the two anglers caught a good few handful of fish - feisty Redfish, Seatrout and Black "puppy" Drum for a Slam, then a Sheepshead for a Grand Slam and finally a Weakfish for the "Walk Off Grand Slam"!  We also were treated to having a large Osprey perch overhead, keeping an eye on what we were catching!  The fishing started slow but ended with a bank and we counted it as another great day to be out on Amelia Island waters!