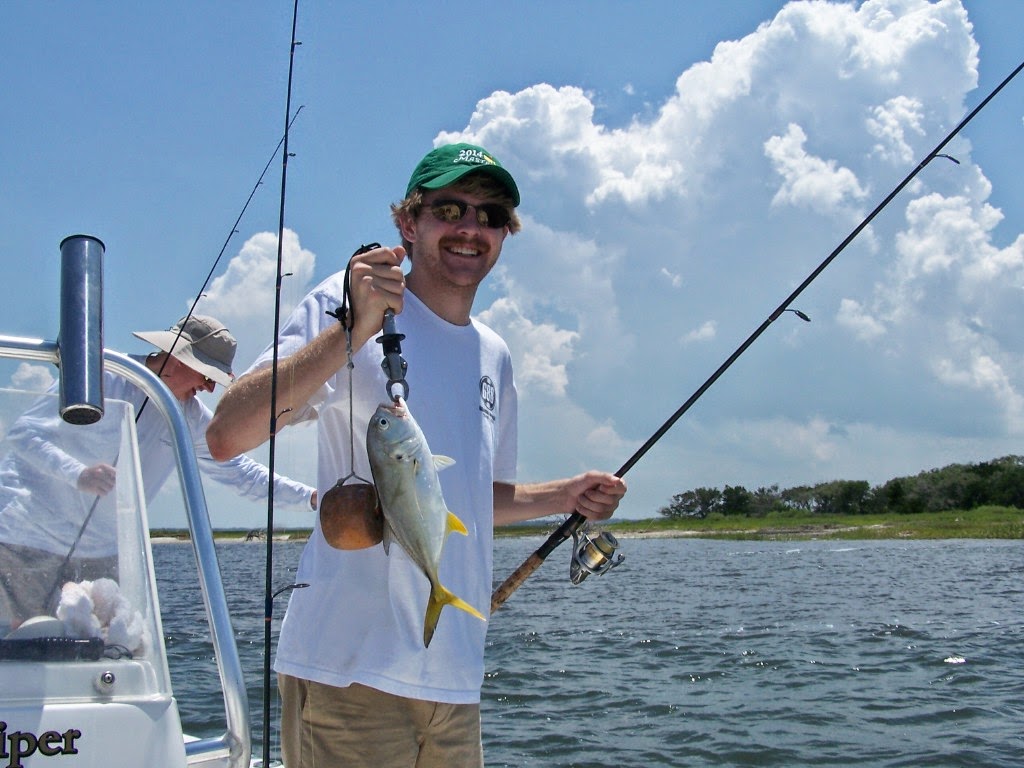 I had an afternoon trip with George Youmans and his son Gus set up Friday so we met down at the Fernandina Beach Harbor Marina at 2pm and ran up to the outside of Tiger Island to fish the last couple of hours of an incoming tide.  The anglers were tossing float rigs  and live shrimp and started off with a bank, landing a couple of Jack Crevalled and a nice hungry Seatrout.  We moved around to fish the inlet of Tiger Basin and picked up another Seatrout.  The tide had peaked so we made our way around to the Jolley River and fished the "bank" for a while, moved further up the river and fished 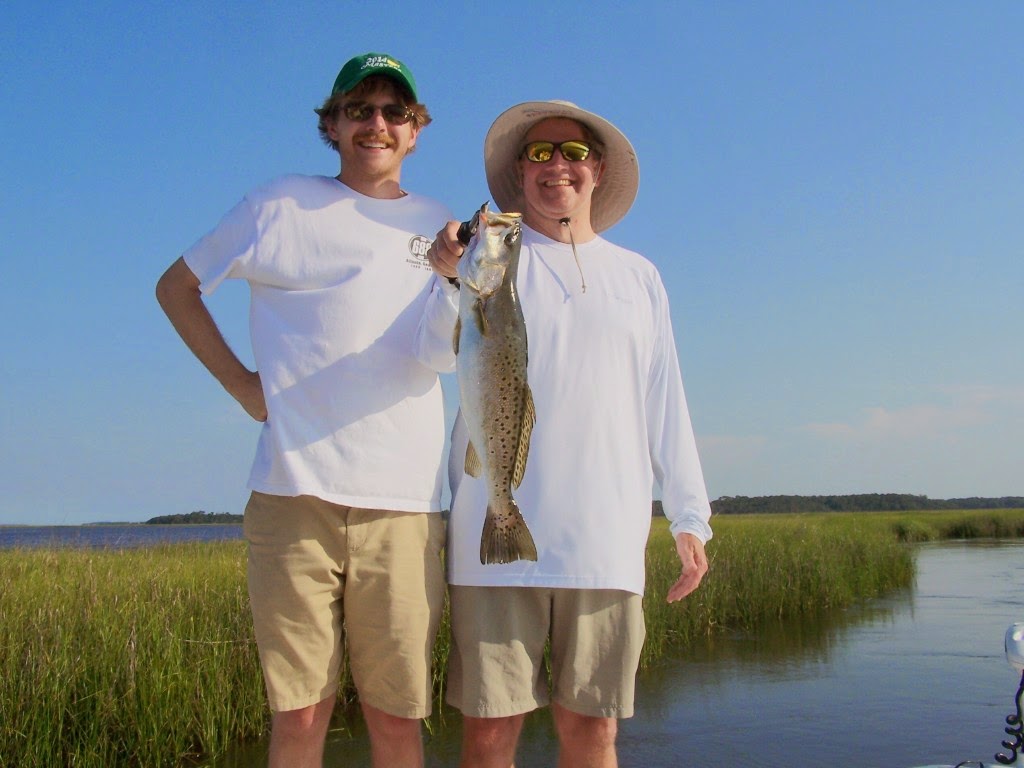 the mouth of Snook Creek, then eased up into the creek to fish with some jigs and shrimp on the bottom.  Although the weather was beautiful and just getting out on the water was great, the fish "bite" had been kinda slow but George made up for it when he had a very strong hookup, and BOOM! FISH ON!  George was using a light 6' rod with a size 1000 Shimano Stradic reel, 10lb braid and he had a battle on his hands!  But George played the fish patiently and we soon landed a big 21" Seatrout!  Now that's the way to wrap up a day of fishing here at Amelia Island!
Posted by Anglers Mark at 10:32 AM