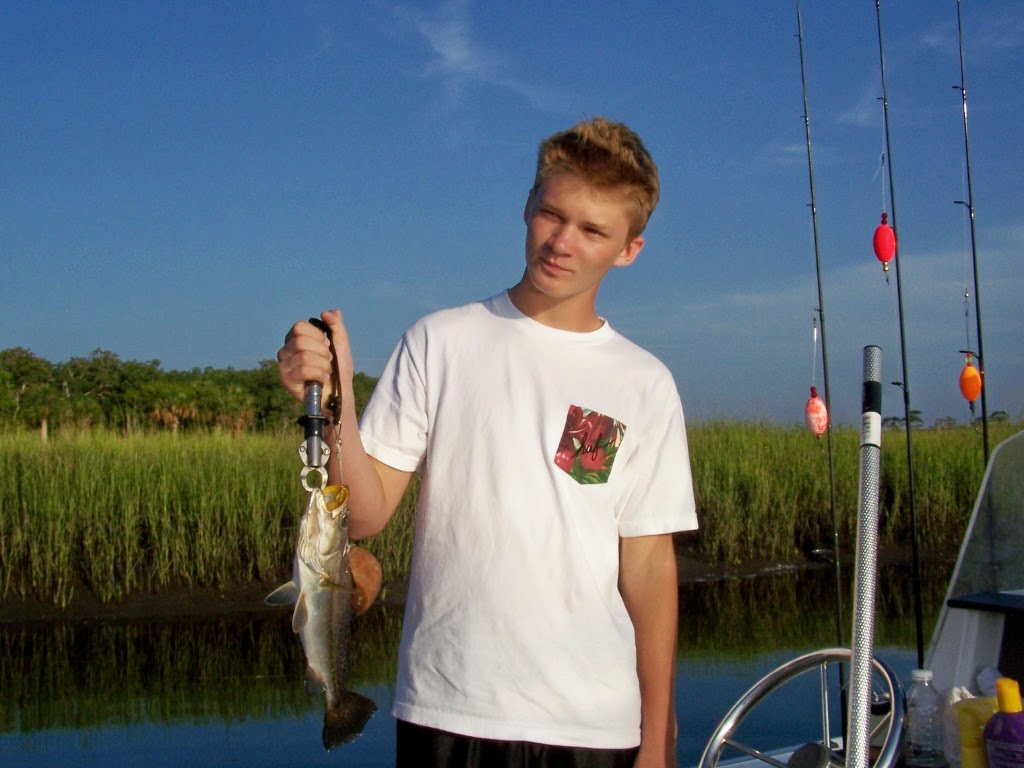 It's hard to believe the outstanding weather we've been having here at Amelia Island, especially during our morning trips.  I had met John Allen and his son Andrew down at the City marina and decided to fish some dock pilings at our first stop on an outgoing tide.  It turned out to be a good decision because it only took a couple of casts for Andrew to hookup!  He landed not one, but two Seatrout, both of keeper size and then shortly after landed a nice keeper sized Flounder -even though all fish caught today were to be 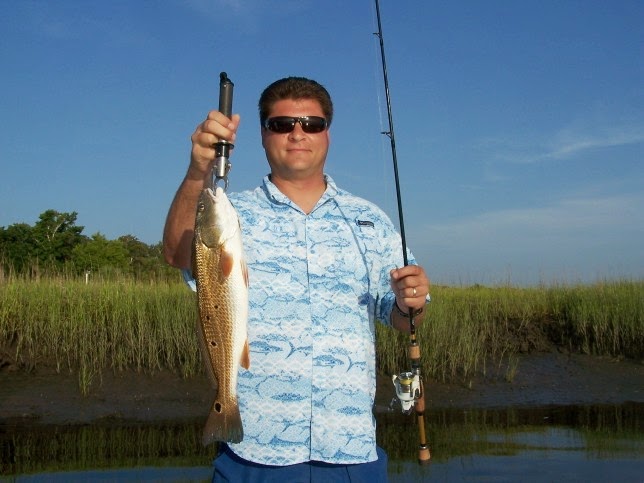 tossed back to be caught another day!  Andrew was putting the pressure on his dad in the "fish catch category" but John picked up his game and began to land some fish. He put a couple of feisty Redfish in the boat then tangled with and landed a nice Slot Redfish.  After catching another Trout and Red we ran around to the MOA spot and although it looked real good with tons of bait, we had not real bites. Our next stop was at Snook Creek where we had a Ladyfish encounter then we made our way down to Jolley "bank".  As we began our first pass we had a Manatee come cruising by then shortly afterwards John spotted an Atlantic Saltmarsh Mink scampering along the shoreline.  John put not one, but two nice keeper sized Flounder in the boat, Andrew landed a rock of a Toad Fish, then John wrapped up the day by besting 3'+ long Bonnethead Shark.  With that, we called it a day, another great one to be fishing Amelia Island waters!
Posted by Anglers Mark at 10:18 AM