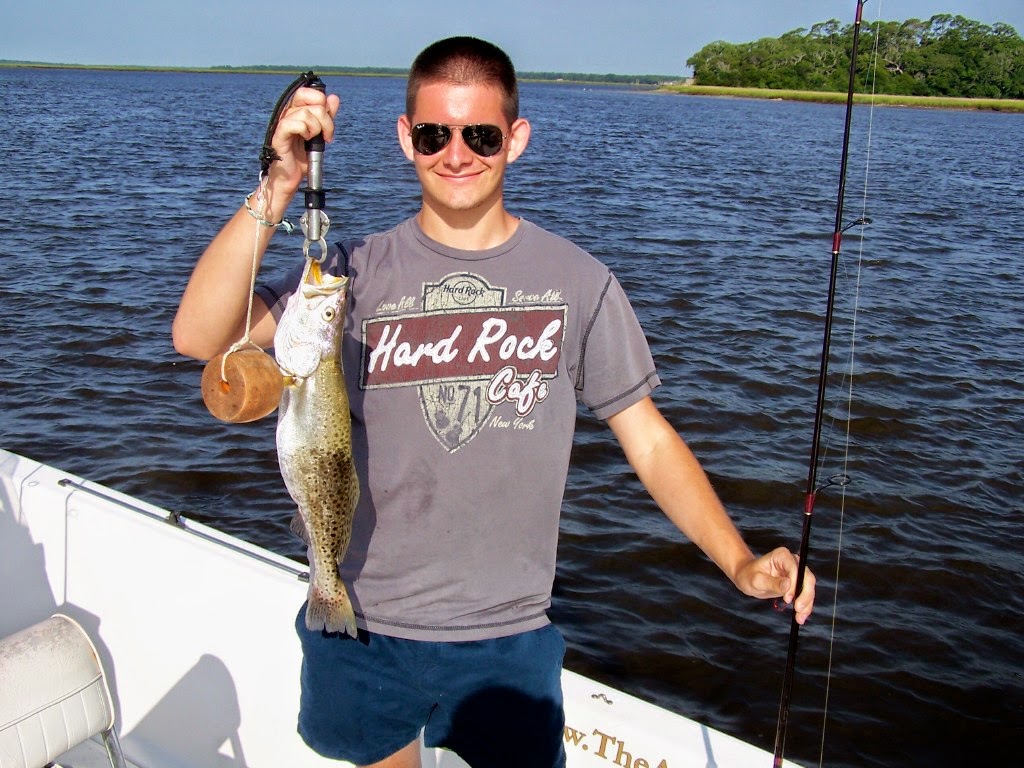 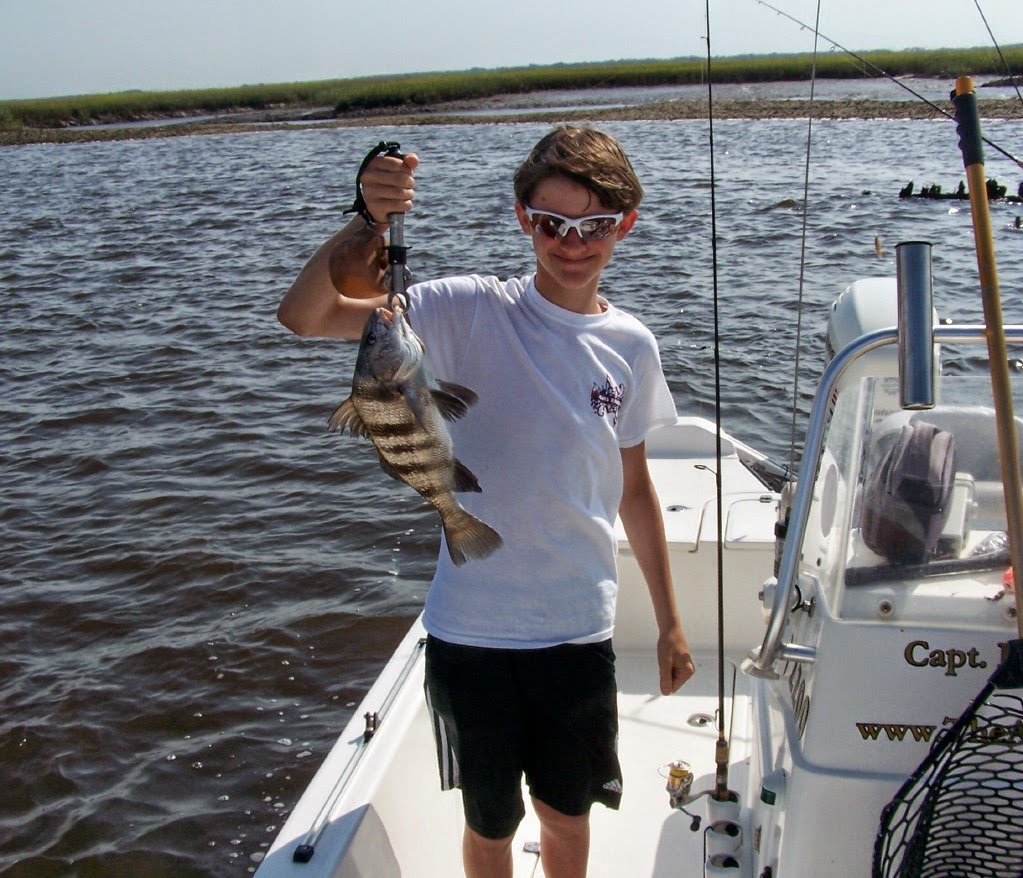 Another beautiful  morning found The Anglers Mark down at Sawpit Creek, south of Amelia Island, meeting Danny Genther and Zack and Ben Ford to do some back water fishing.  We headed up to the Horsehead area to fish "Jackstaff Bank" and although we had a few nibbles, we had no real good bites -other than a Ladyfish encounter that Ben had.  We crossed and fished a point and here Zack knocked the "skunk" off, landing a fat and still  hungry Seatarout.  We then made a run around to Nassau River to fish the very last of the outgoing tide and first of the incoming.  This proved to be better fishing.  Ben landed a couple of Catfish, Danny landed a plump Snapper, then Zack upped the ante by tossing a live shrimp under a float to an exposed oyster bank, and got a  hook up!  Fish on!  He fought the fish patiently and let the rod do the work, wearing out and landing a nice 21 1/2" Seatrout.  Later, we were letting shrimp sit on the bottom with very little movement when we had a hookup again.  This time Ben managed the rod and he to patiently worked the fish.  We weren't thinking it was very big but as it got closer to the boat it made some good runs deep, but Ben kept the pressure on and soon landed a nice keeper sized 16" Black "puppy" Drum.  We picked up another Snapper, fished a shallow slew, then called it a day, another great one to be fishing Amelia Island waters!