Tourney Red Tops Off the Trip 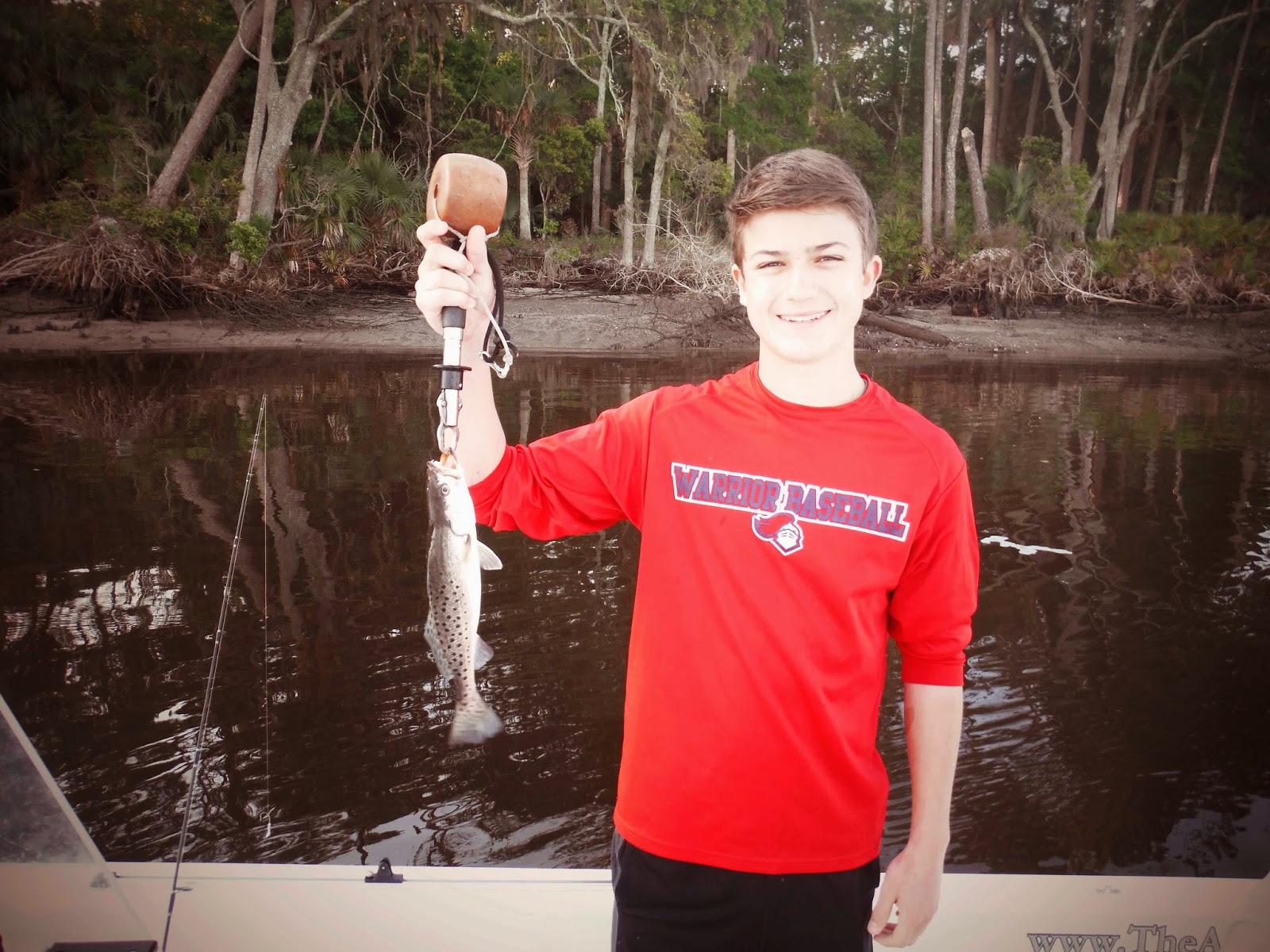 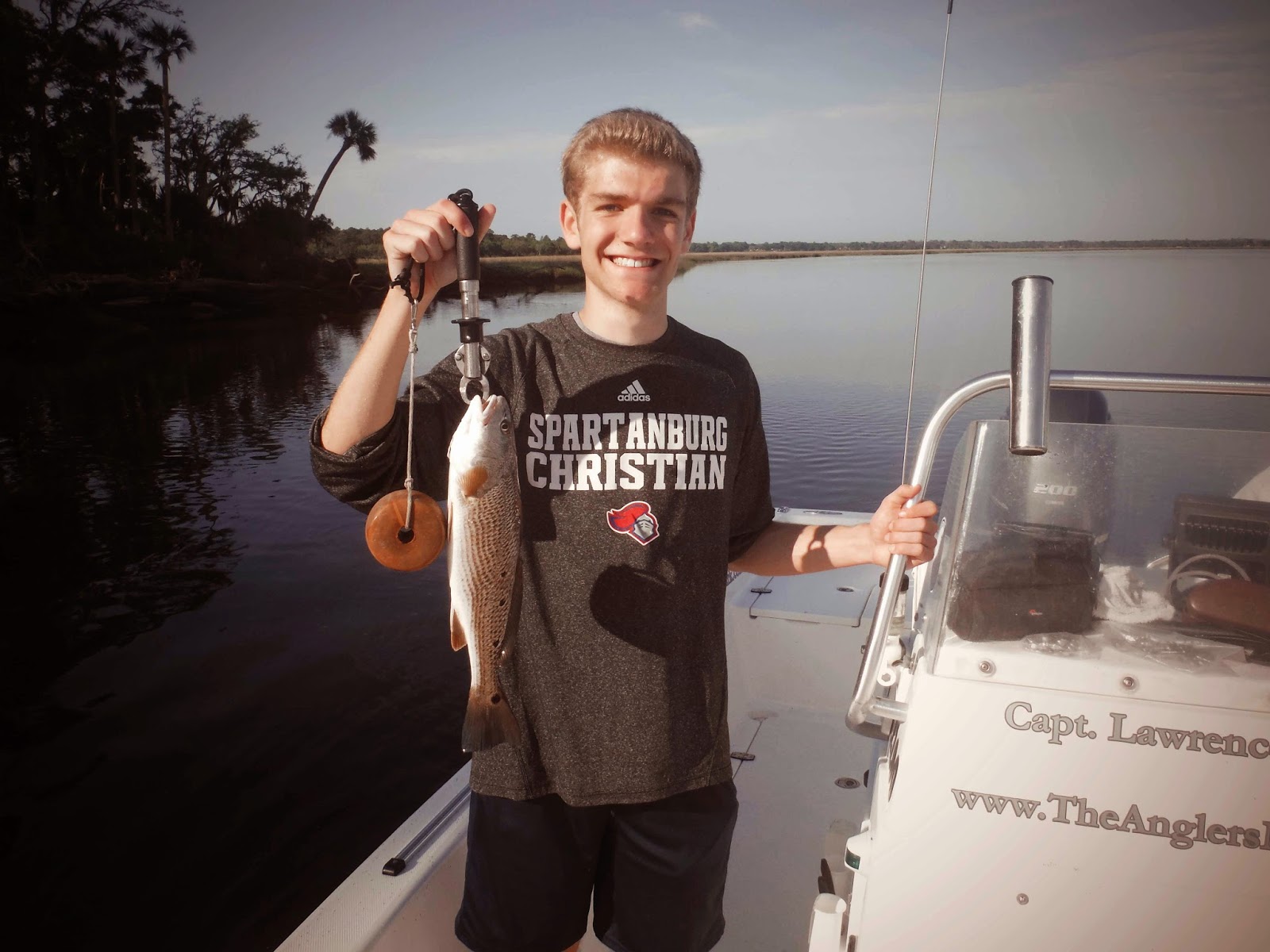 I fished this morning with Glenn Aldredge, his son Nick and their friend Luke, meeting down at the Big Talbot Island Park boat ramp. We headed up the Nassau River with clear skies and just a slight breeze, running all the way down to Broward Island to fish the logs on the first of an incoming tide. We had live shrimp and mud minnows and the shrimp seemed to be the bait preferred. Nick knocked the skunk off early, landing a nice Seatrout and from then on it was "fish catching" for about 2 hours. All three anglers got in 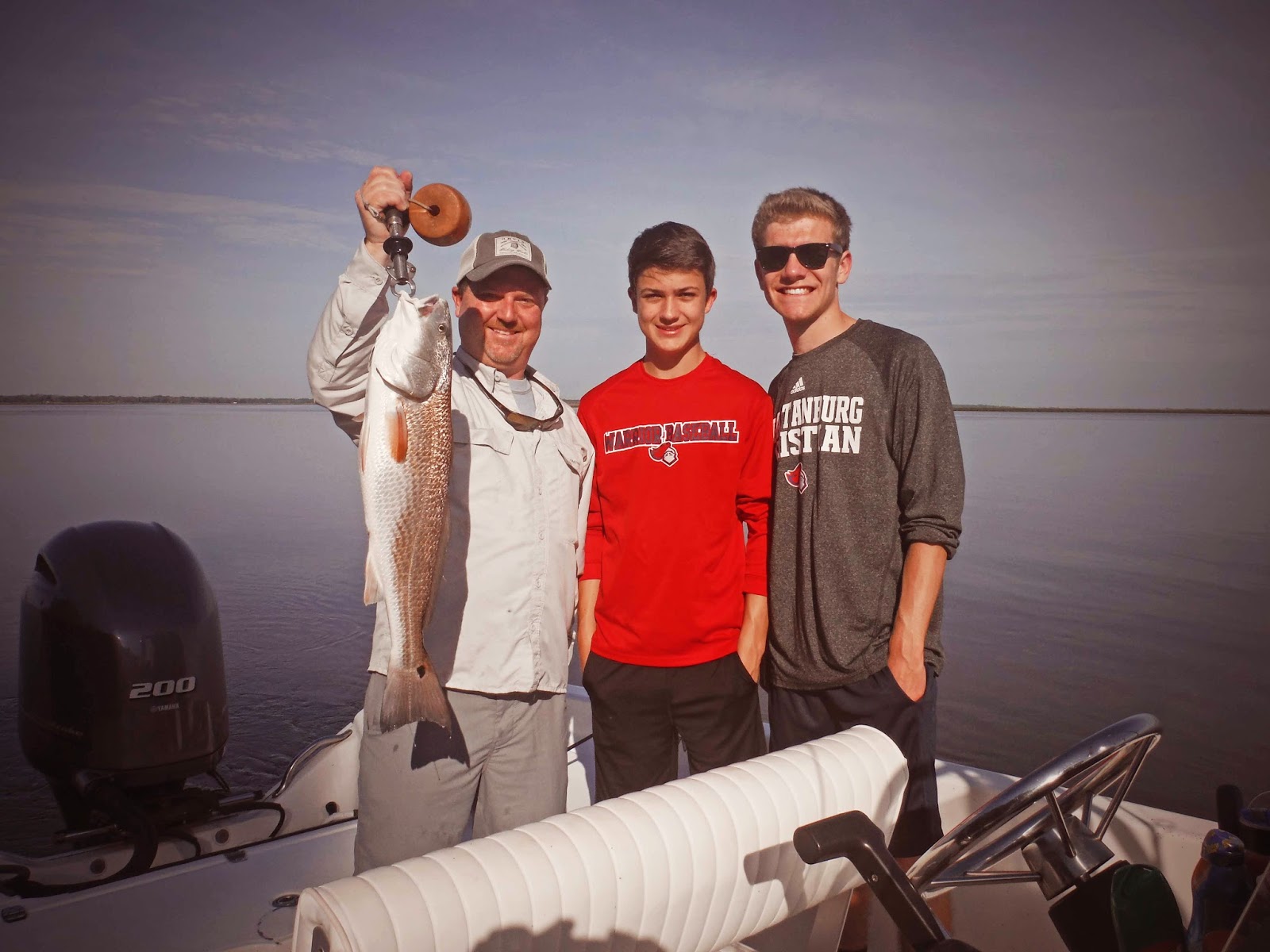 on the action. Luke picked up the technique quick and landed a couple of feisty Redfish and Seatrout. They also landed a Sheepshead, Black "puppy" Drum and a Flounder to lay claim to a "Super" "Grande" Amelia Island Back Country Slam! Then Glenn had a strong hookup and the fight was on! This was a big fish on a light rod and reel combo but Glenn was up to the challenge. The fish went deep, went long and went from starboard to port but Glenn kept the pressure on After a good battle (during which Luke landed a smaller Red) we netted Glenn's 26 3/4" Tournament sized
Redfish.  Boy what a fish! We continued to fish the area, picked up a few more fish then ran around to fish some docks at Seymore's Pointe. Nick put another Trout in the boat then we ran through Jackstaff to fish the other side where Nick put one more Trout in the boat. After that, we headed in, counting it as another great day to be fishing Amelia Island waters!
Posted by Anglers Mark at 8:06 PM