Gators in the Back Water 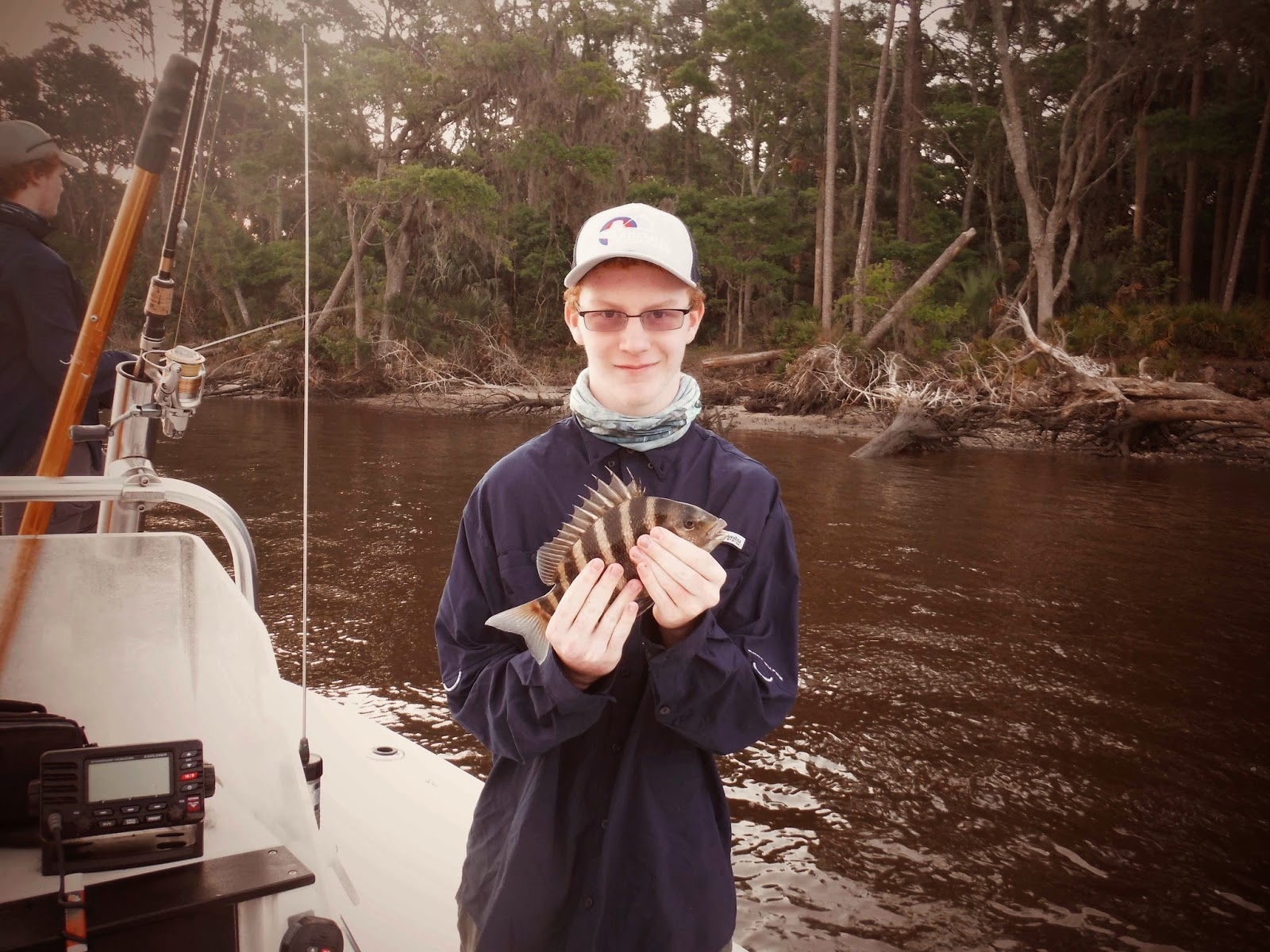 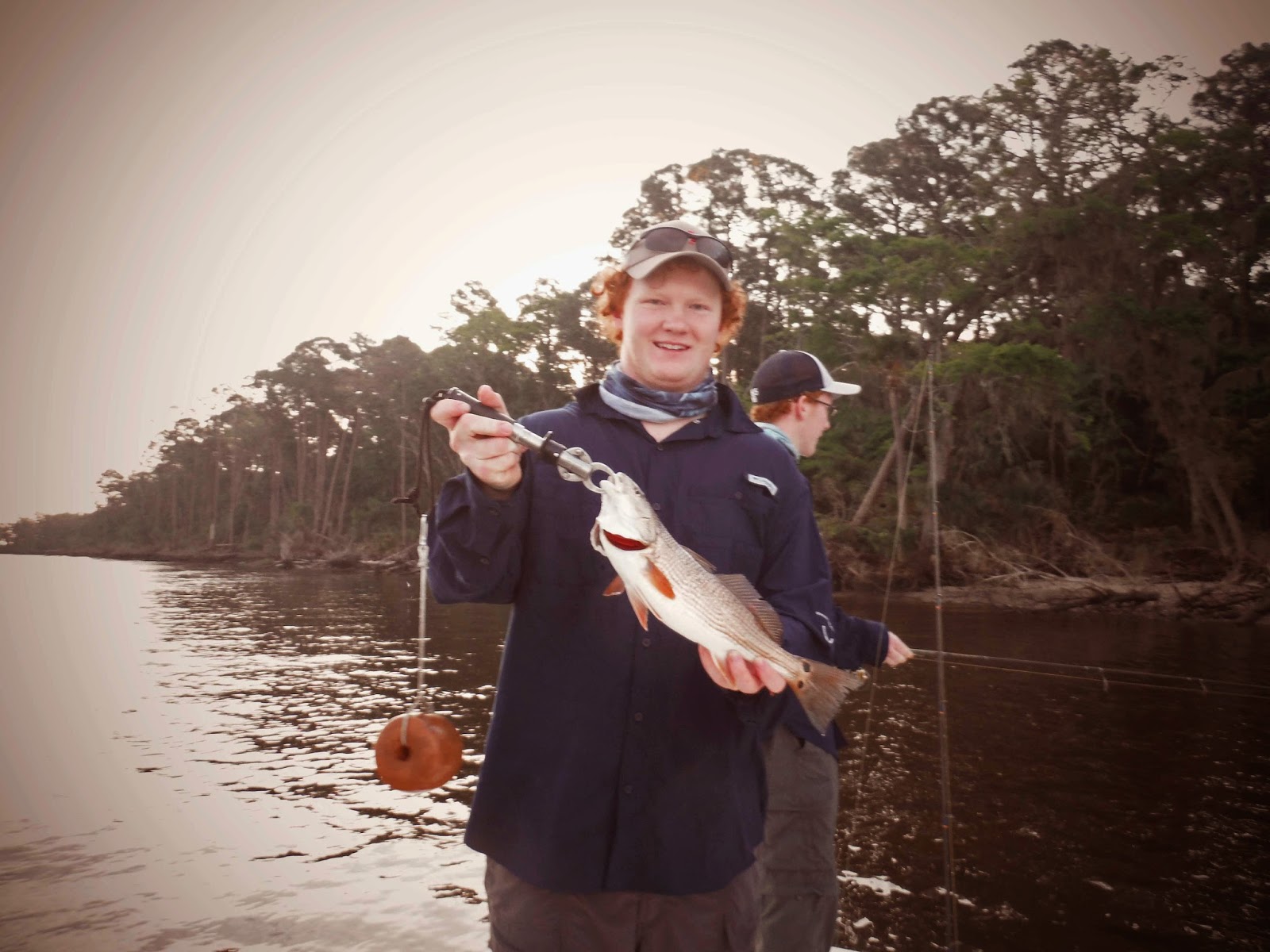 I had the pleasure to fish again today with the McKinnons -Murray and his two sons James and Thomas. We met at the Atlantic Seafood dock but elected to make the long run south to fish the Horsehead area and beyond. We actually went all the war to Broward Island to catch the incoming tide while the logs were still exposed and I'm glad we did. We had only been fishing for a short time when James had a strong hookup and landed a nice feisty
Redfish. From then on it was fish catching time. The anglers landed more Reds, a good handful of Seatrout, and Thomas found the knack for catching Sheepshead which garnered them another Amelia Island Back Country Slam. We fished until the tide got up then headed over to Christopher Creek. We had just put the trolling motor down when both James and Thomas noticed that we had a visitor! It was a 4 1/2' long alligator! He hung around for a while, followed us up the creek as we fished some dock pilings, and we decided that this must be his territory because we didn't get a single 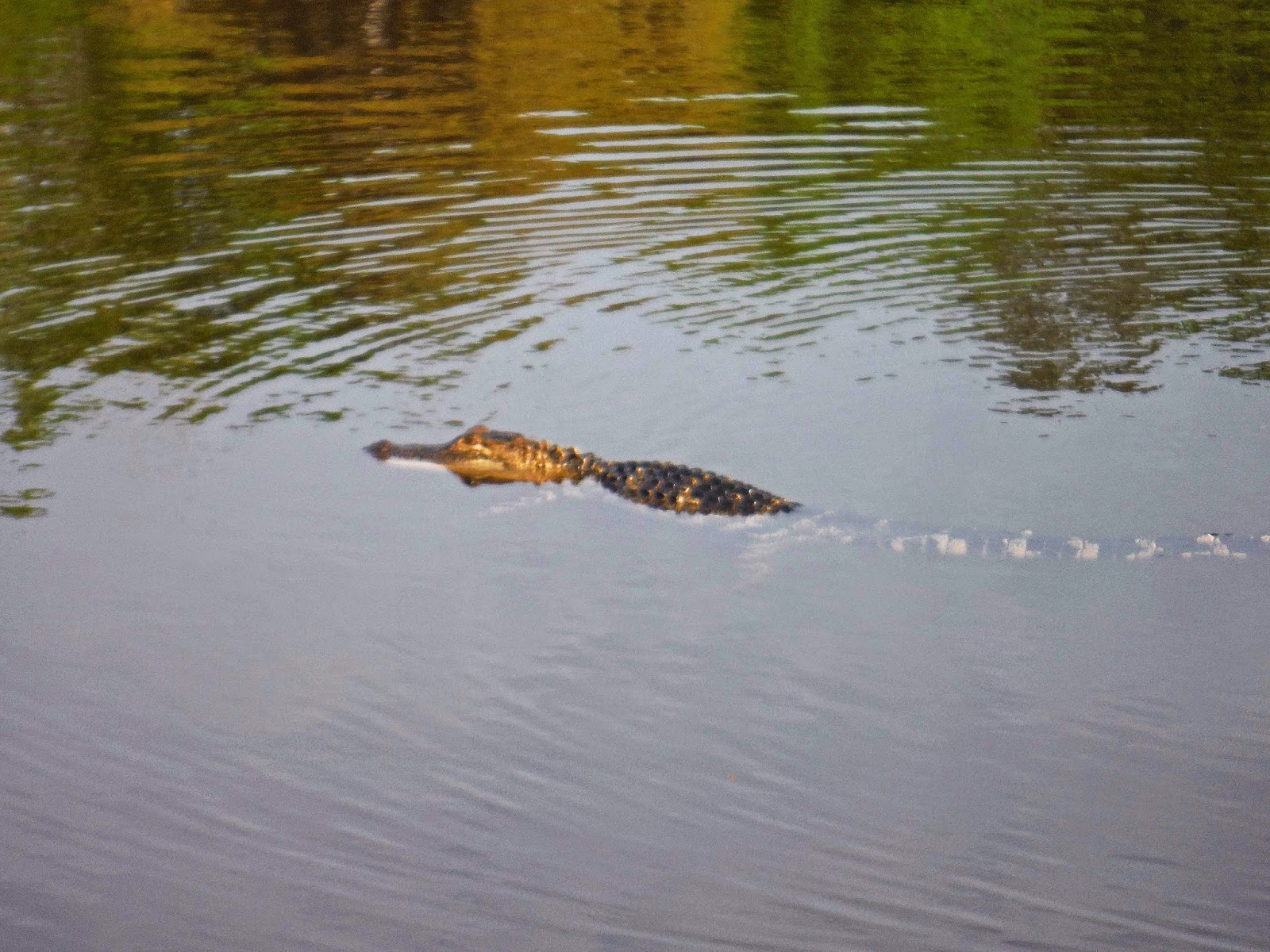 bite. Our next stop was some docks at Seymore's Pointe where James picked a big Bluefish then we ran through Jackstaff to the other side and fished the now flooded oysters. Just when I thought there would be no fish, James and Thomas proved me wrong and put a good handful of Seatrout in the boat and then a couple of almost legal Flounder. Just as yesterday, no fish were kept today, other than a legal Trout that didn't revive. The wind had picked up and it was time to go and we all agreed that it was another great day to be fishing Amelia Island waters!
Posted by Anglers Mark at 8:16 PM