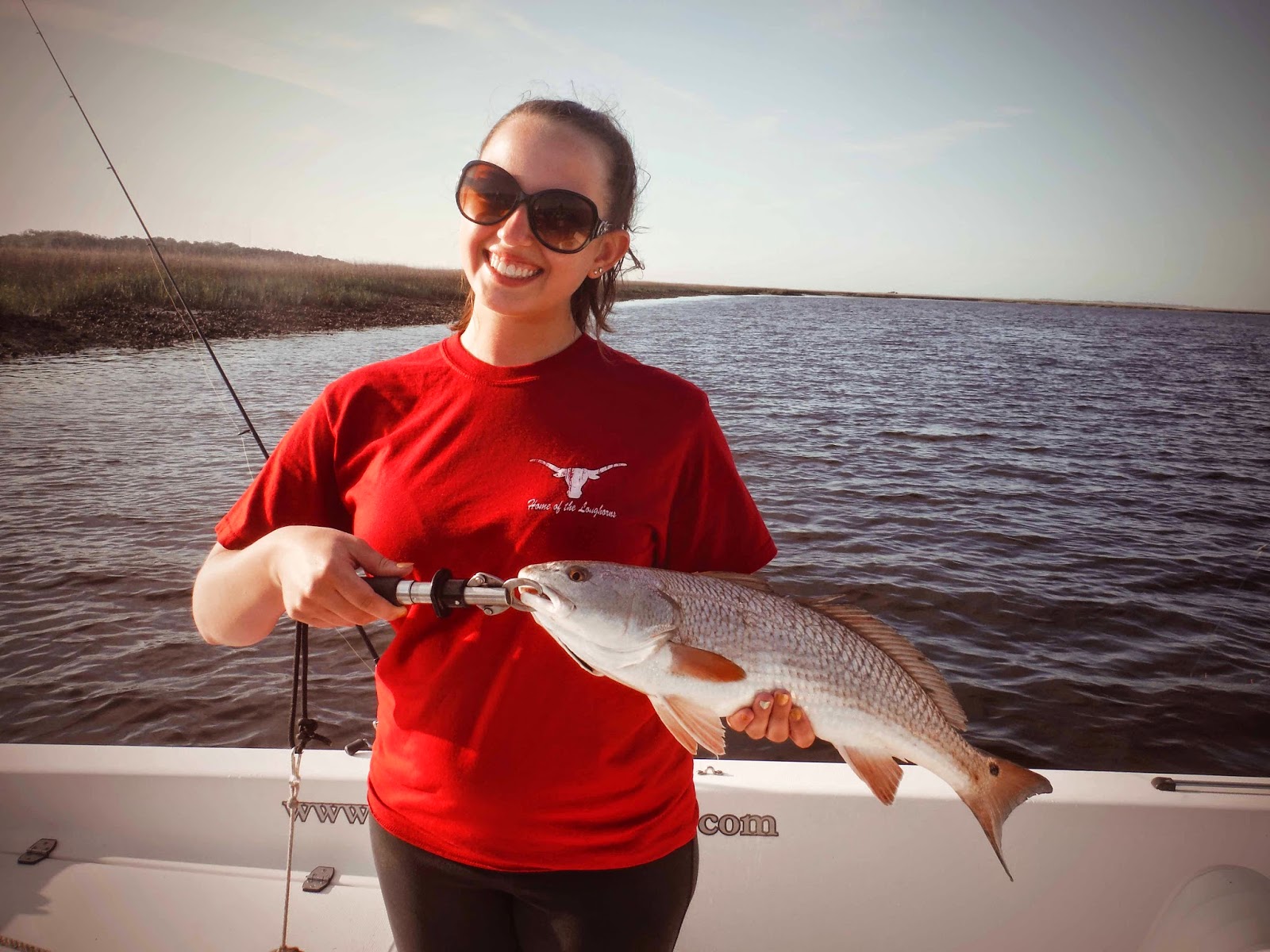 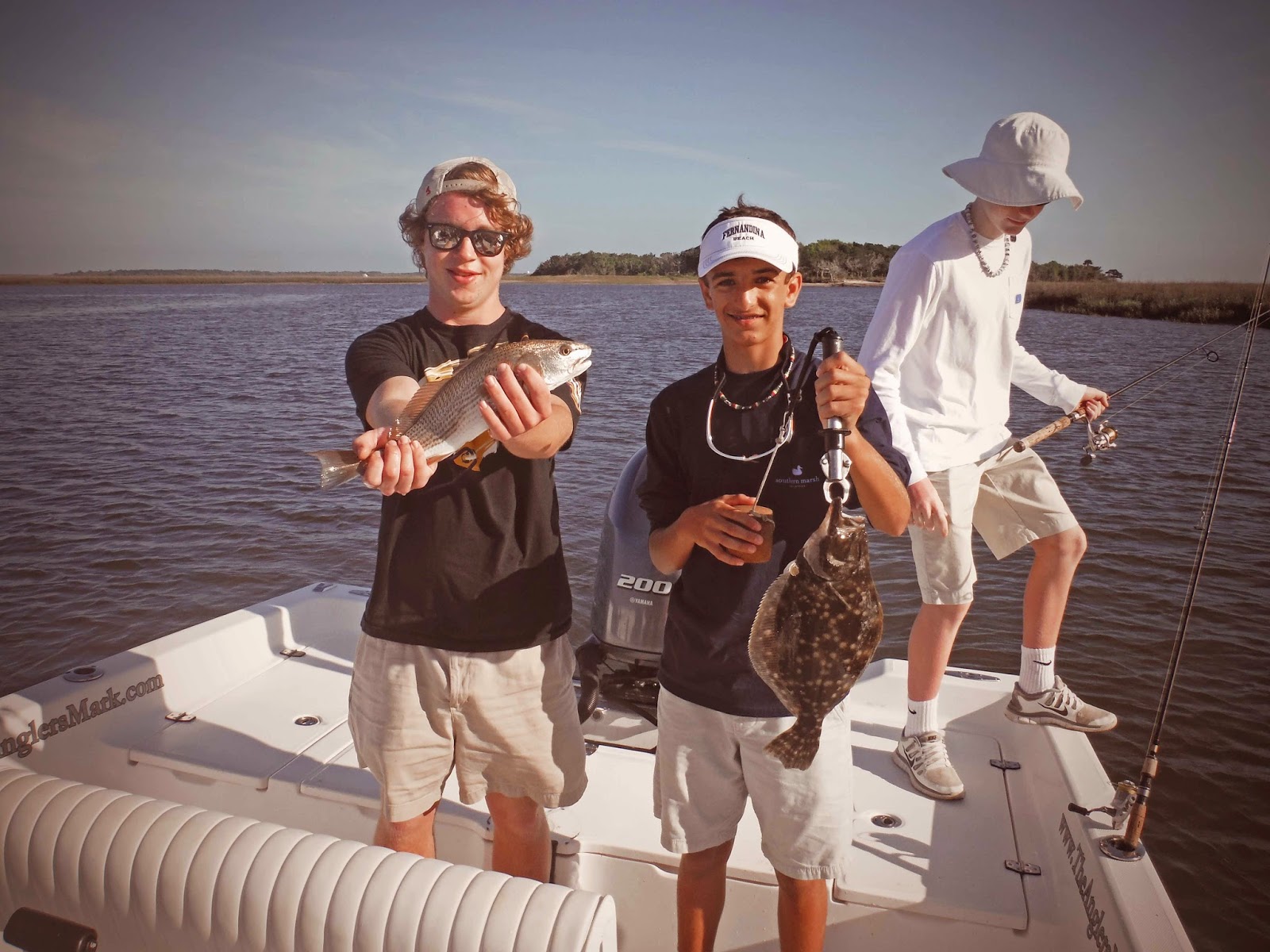 I had a great trip this morning, fishing with Traci Guinn and her teenage kids Bri and Logan who had brought along their friends Spence and Cam. We met down at the Atlantic Seafood dock and headed straight up to the Jolley River to fish the first of an incoming tide. The oysters were completely exposed and the anglers were tossing live shrimp on a jig. We fished a good stretch of oysters, picking up a couple of baitstealers and fighting off a handful of others, and were almost to the end of our run when BOOM! FISH ON! Bri had her fishing rod bend over and the line
was ripping out but she kept the pressure on and fought the fish patiently. The big fish stayed up  by the oysters for a while, rolling a couple of times then, BOOM! Another fish on! Logan had one on, too! We had a double! Logan went to the front of the boat and Bri's big fish took her to the stern and then went deep. We netted Logan's feisty Redfish and after a good battle, landed Bri's 22" Slot Redfish. Now that will wake you up! We fished the area briefly then ran back to Tiger Island. Spence picked up a feisty Redfish and during the same battle, Logan caught a nice Sheepshead which he dubbed a "Redneck Fish" due to it's buck teeth! He picked up another bigger Sheepshead later and added Flounder to garner his own Amelia Island Back Country Slam of Redfish, Sheepshead and Flounder. We fished the outside of Tiger with float rigs and here Logan caught a Seatrout to make it a "Grande Slam", then we ran over to Bell River where Bri put one more Trout in the boat. With that, we called it a day, another great one to be fishing Amelia Island, Florida.
Posted by Anglers Mark at 5:01 PM

The food is absolutely amazing. I hope I could taste and cook that in actual, maybe if I have much time since I am so busy working. Anyways, thanks for sharing your article. God Bless and have a good day. Visit my site too.

Reading your article is such a privilege. It does inspire me, I hope that you can share more positive thoughts. Visit my site too. The link is posted below.

I really enjoyed reading your article. I found this as an informative and interesting post, so i think it is very useful and knowledgeable. I would like to thank you for the effort you have made in writing this article.