A Different Kind of Slam 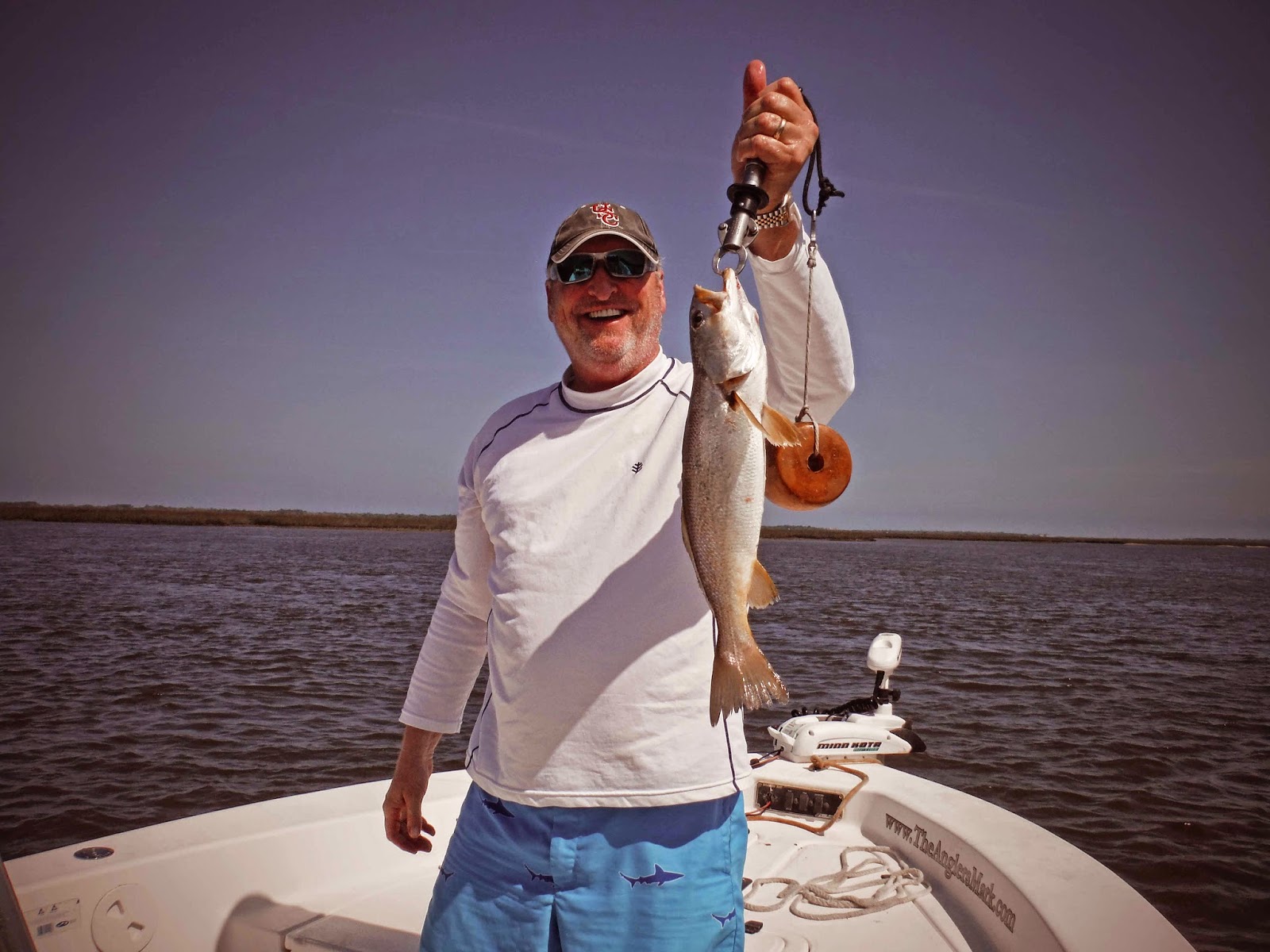 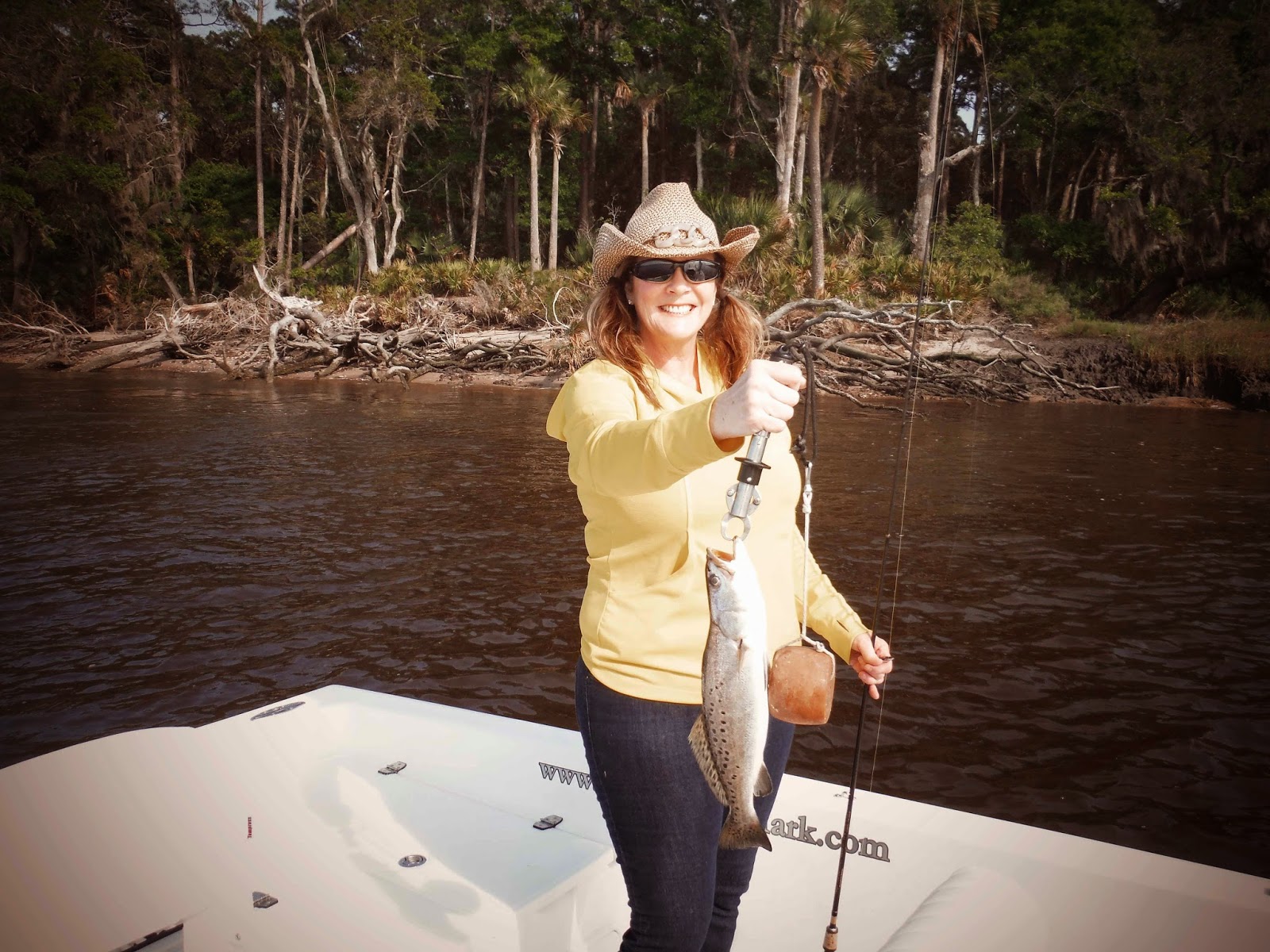 This afternoon I fished with Kay and Dale Bullard, again out of the Atlantic Seafood dock. But we hadn't fished south in a while so we made the trip down thru the intercoastal and up into Poteat Cut, making our first stop at a marsh runout, on an outgoing tide.  It didn't take long for both Kay and Dale to boat a couple of hungry Seatrout. Our next stop was over in Jackstaff and here we trolled the bank, tossing float rigs and jigs with live shrimp. The conditions were right but we had no real bites. We ran thru Jackstaff over to
Seymores Pointe, fished a dock, and this did the trick. Dale had some nice hookups with Seatrout and so did Kay with both landing "keeper" sized fish. Then Kay had strong bite and we new this was not a Trout. The fish fought hard but Kay was up to the task and soon landed a hardy keeper sized Black "puppy" Drum. Then Dale followed that up with a big fat Weakfish garnering the duo an Amelia Island Back Country Slam of Seatrout, Black Drum and Weakfish - an unusual Slam, but a Slam in my book! They picked up one more keeper Trout then we ran further south to Broward Island to fish the last of an outgoing tide. The conditions were right but the fish didn't want to cooperate, although they did catch another Trout or two. It was getting late and we had a long run back to the marina so we called it a day, another great one to be fishing Amelia Island waters!
Posted by Anglers Mark at 9:08 PM