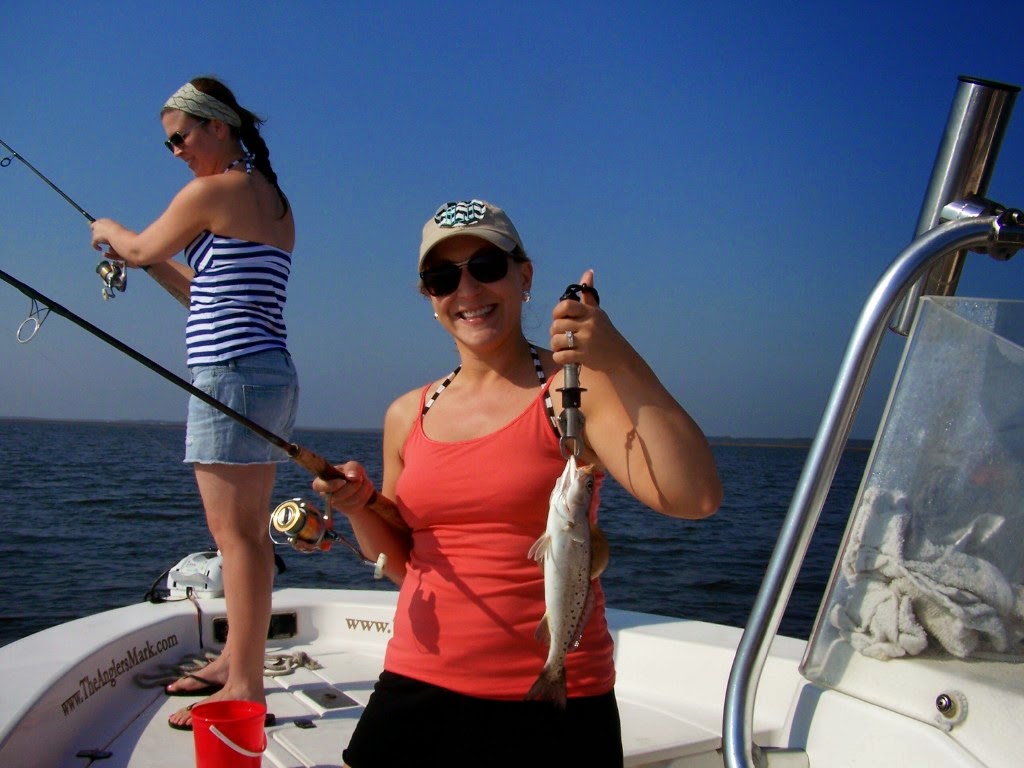 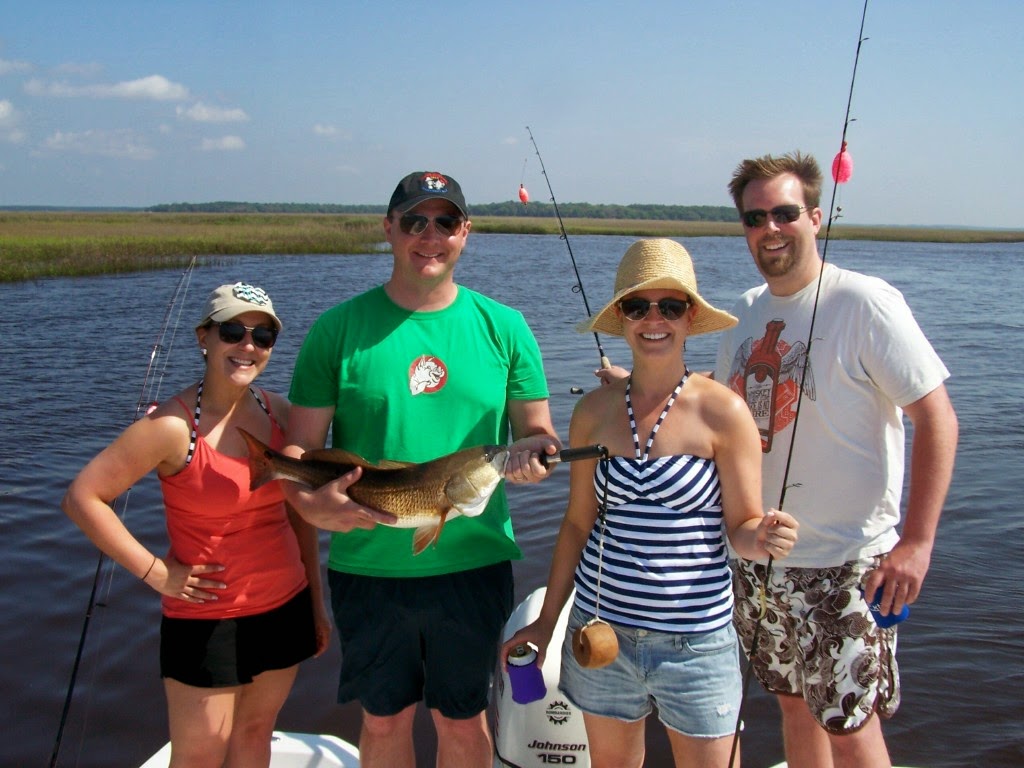 Another beautiful day greeted us this morning down at the City marina when I met Rachel Longcrier, Marcus, Patrick and Ashley for a day of Amelia Island back country fishing.  We headed up to the Jolley River to fish the very first of an outgoing tide using live shrimp and minnows under a float rig.  We had only been fishing short while when Rachel had a hookup and landed a nice hungry Seatrout.  But just after that Patrick too had a hookup and his was a nice 18" Trout of legal size.  We continued to fish Jolley Bank, had a few nibbles, but no takers so we headed further up the river.  The water was draining out of the marsh and at the outflows were where the anglers were getting bites.  Ashley got in on the action and landed a nice Seatrout.  All the anglers were making good casts to the marsh line but Patrick's happened to be at the right spot at the right time.  When his float disappeared and the rod bent double we knew he had a big fish, FISH ON!  He played the big fish patiently as it made deep run after deep run but Patrick kept the pressure on and after a good battle landed a 26.75"  "Tournament Redfish" - it'd have been a great one to enter into a Redfish Tournament!  Boy what a fish!  We continued to fish the area and later Patrick put another keeper sized Trout in the boat, caught on a jig and minnow fished deep.  We made a last run to Tiger Island logs where both Patrick and Marcus had good hookups then Ashley hooked up and landed a hungry Flounder to round out the anglers Amelia Island Back Country Slam of Redfish, Seatrout and Flounder. With that, we called it a day, another great one to be out on Amelia Island waters.