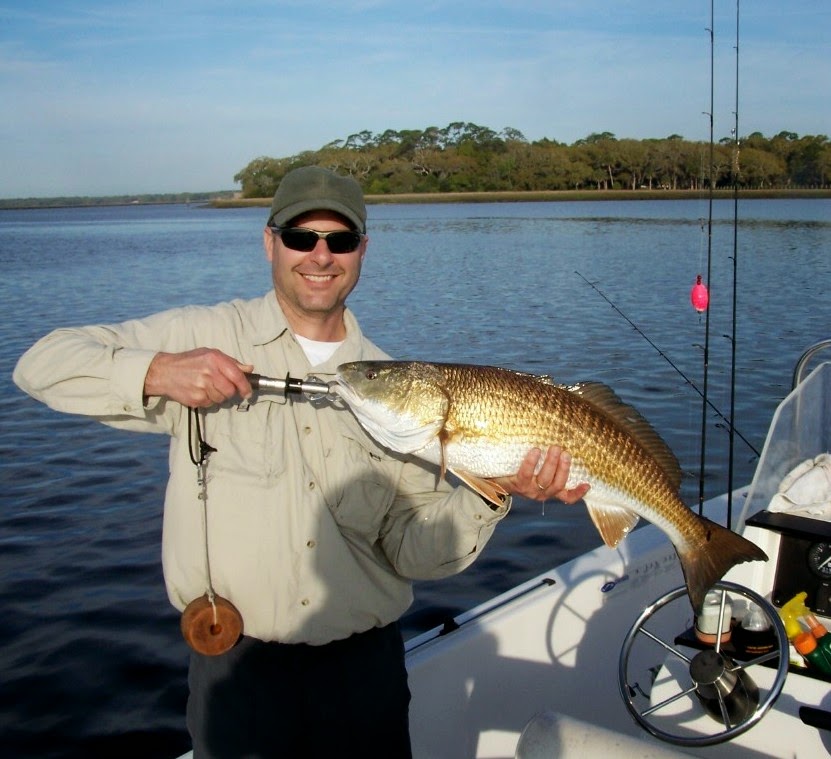 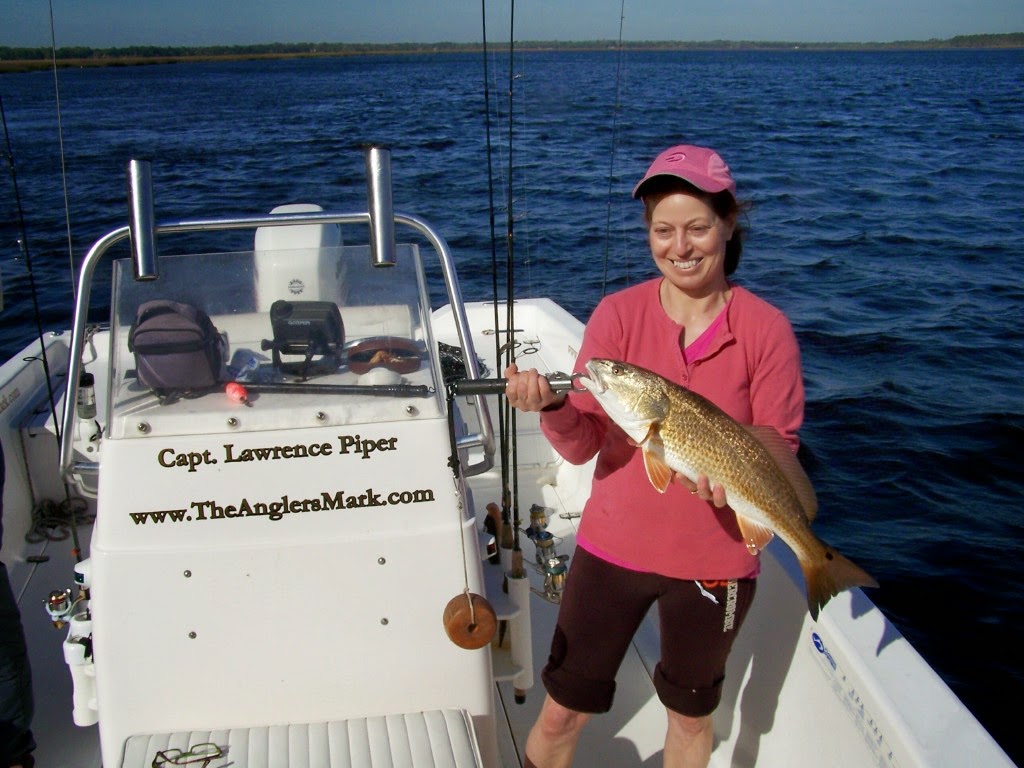 I was able to get down to the south end of the island this morning, meeting Brian, Claire and Robin Lucko at Sawpit Creek in Big Talbot Island Park.  We headed up the Nassau River to fish the first of an incoming tide with jigs and live shrimp.  We had fished for a pretty good while  and had no real bites when Brian felt a "bump" then another - and he set the hook, FISH ON!  Boy this was a big fish!  He played the big fish perfectly and patiently but this big boy had been around the block a few times.  He kept heading for structure but Robin pulled him away.  The fish made one last push for freedom and found it's way into the structure, locking the line down and "bap", fish off!  Ouch.  But Robin's dad Brian went to the same spot (my buddies do that) and in short order hooked up again with a big fish.  It was almost the same battle with the big fish bulling to structure and again, snagging itself.  But this time Brian opened the bale, gave it some slack, and the fish swam out!  FISH ON!  Again.  Brian worked the fish patiently and eventually we landed a Big 31.5" Redfish that put Brian into 3rd place in The Anglers Mark 2014 Bragging Rights Tournament -Redfish Category! Scroll down right side of this report for standings.  The fish bite turned off almost immediately with all the commotion so we made a run to Broward Island which turned out to be a good plan.  For a while the anglers got bite after bite, landing hungry Seatrout, feisty Redfish, and Sheepshead.  Claire had a good bite and when her rod bent and drag sang I knew this was a bigger fish.  She fought the fish out into deeper water and after a good battle we landed a Slot size Redfish!  We made one last stop and here Robin got in on the big fish, landing a Slot sized Red to wrap up another great day to be out on Amelia Island waters!