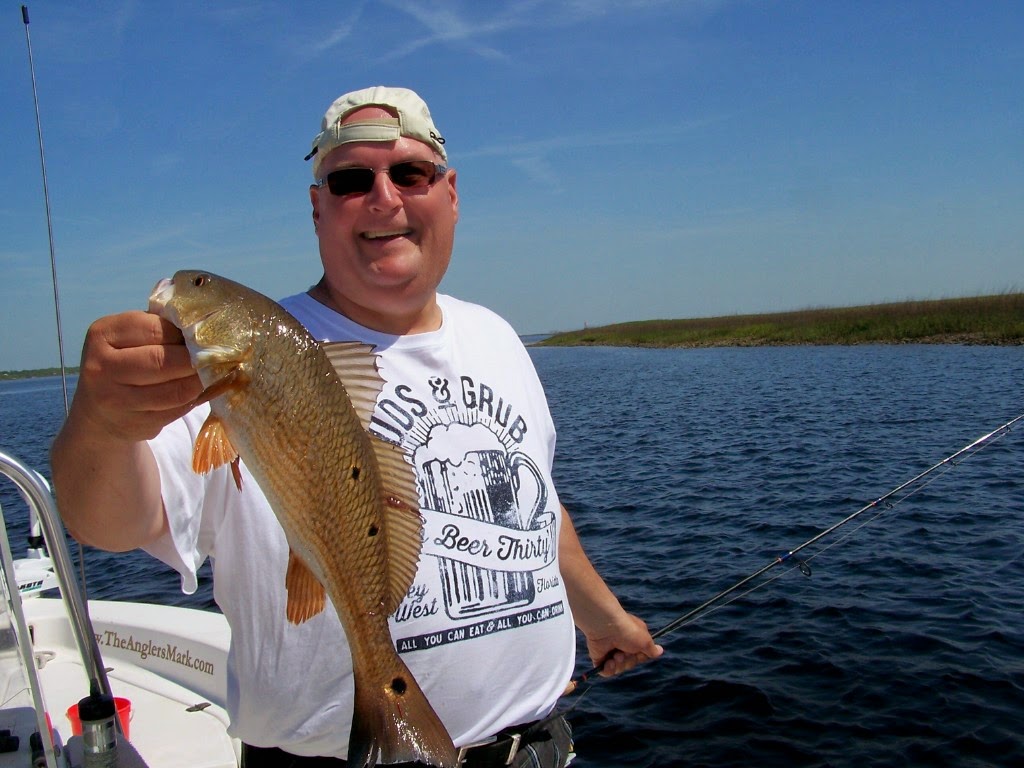 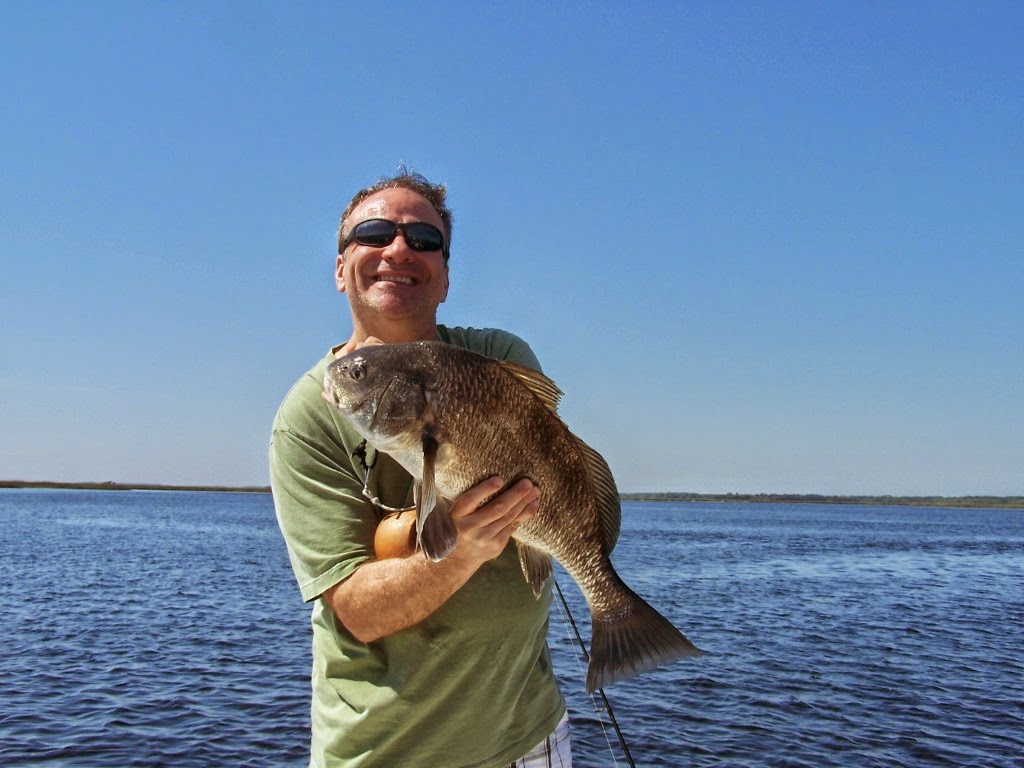 I had arranged four boats to take a group taking a break from business yesterday morning.  I had Josh, Jim, John and Ken on my boat to do some light tackle, back country fishing.  We hit the logs of Tiger Island where Ken got the "skunk off the boat" by landing a hungry Seatrout.  Our next stop was Jolley Bank and here things heated up somewhat.  Jim hooked up and landed a nice multi-spot Redfish then Josh had a strong bite that ripped some drag out - FISH ON!  This fish put a good fight but Josh was up to the task and patiently worked the fish to the boat.  When it surfaced we all saw that it was a large Black "puppy" Drum that was about to leave the "puppy" stage!  We continued to fish the area, made a run to Bell River, and here John's patience and perseverance paid off when he put the final fish in the boat, a nice Seatrout.  With that, we called it a day, another great one to be out on Amelia Island waters!