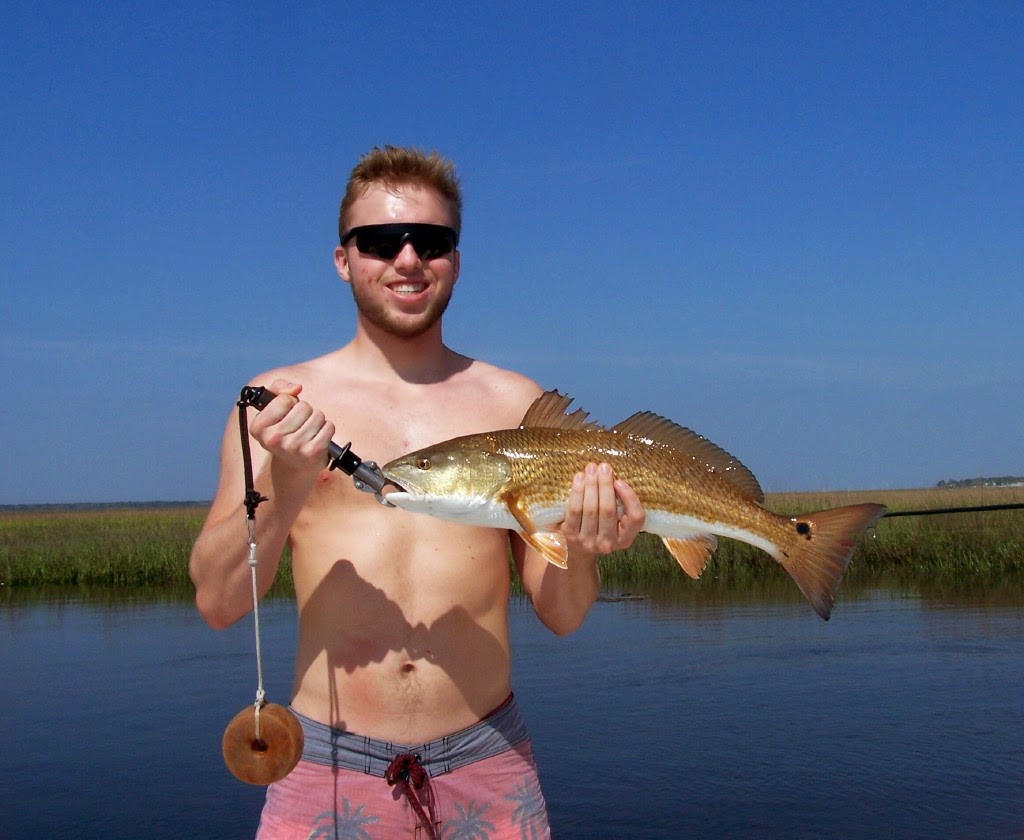 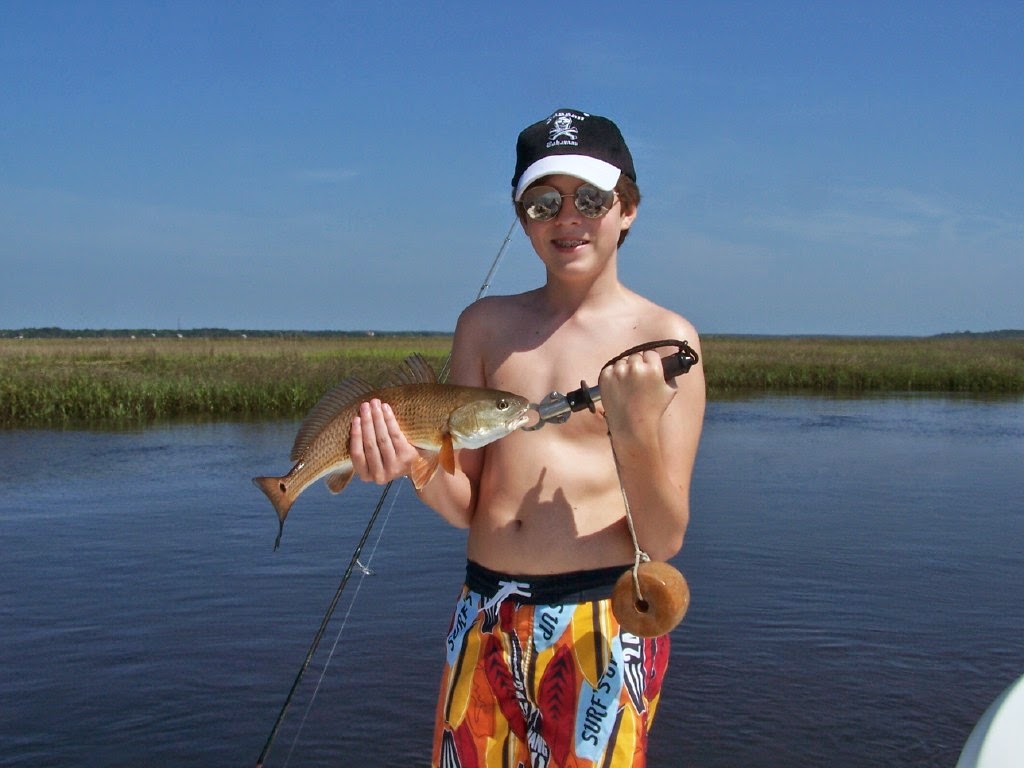 Repeat customer Charles Butler was home from Afghanistan and treated his two sons -Trey and Trenton -  to a morning of Amelia Island back country fishing today and he couldn't have picked a better day.  We went a little later due to an early high tide and headed up to Jolley River to fish an flooded oyster bank.  Although the conditions were perfect, the anglers had no real bites.  We ran further up the river and this did the trick.  We hadn't been fishing long when Charles tossed his live shrimp under a float up to a marsh run out and the float disappeared!  He played the feisty fish perfectly and landed a nice Redfish.  Shortly after that he put a hungry Seatrout in the boat.  Then he had a bite and had his shrimp robbed but then Trey had a good bite.  This fish bent his rod over and made the drag on the reel sing, FISH ON!  He worked the fish patiently to the boat and eventually landed a nice Slot 25.5" Redfish!  The same scenario happened shortly after that with Charles getting a nibble, then Trey hooking up with a nice fish!  He landed another Slot Red, this one 18.25" and we let the FWC officer measure this one as he had just pulled up as we were landing the fish!  He was legal!  Trenton got in on the action and caught another feisty Redfish.  The anglers picked up a couple of more fish then we made a run to Bell River where Charles put a handsized Sheepshead in the boat and Trenton landed a Croaker.  Then we headed in, counting it as another great day to be out on Amelia Island waters!