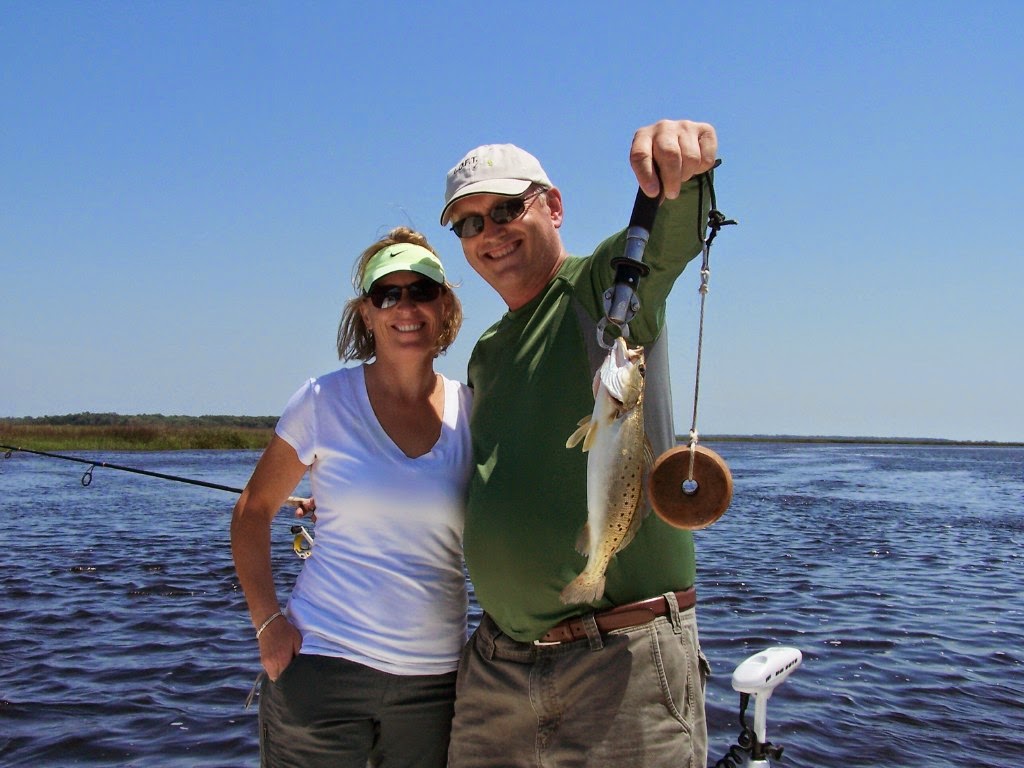 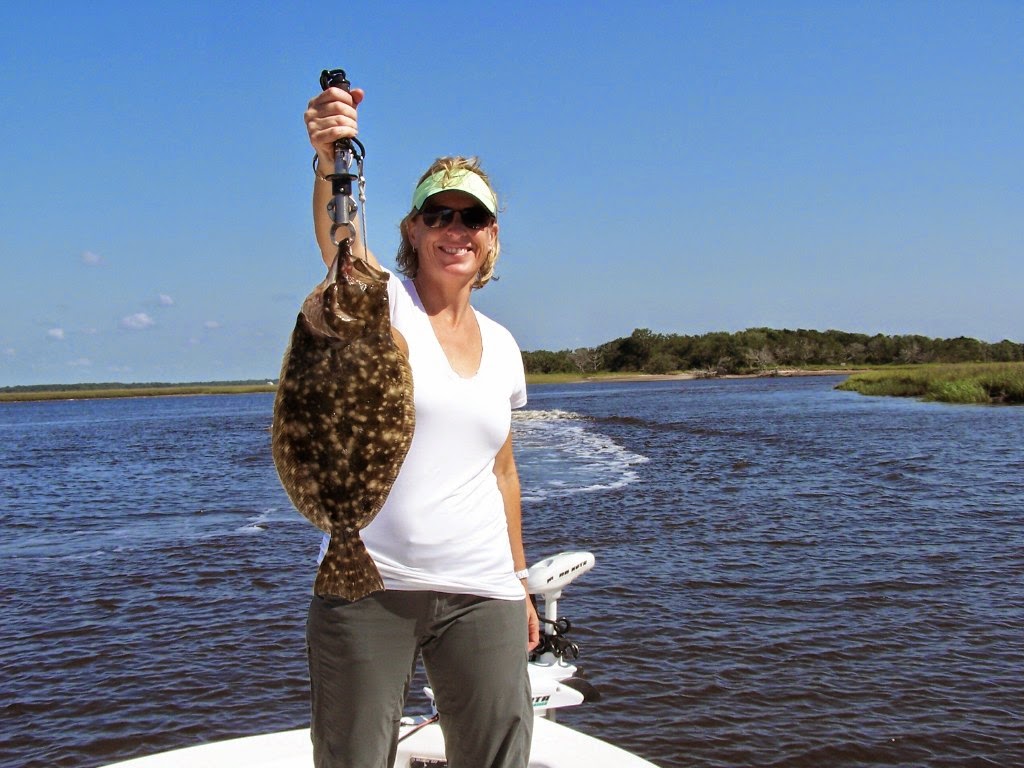 We've had an outstanding run of good weather lately and my Minnesota guests Nick Cress and Marnie Brown were glad to have it!  We met at the Atlantic Seafood dock this morning to take advantage of the first of an incoming tide and headed north, making our first stop behind Tiger Island.  Nick was tossing a 7w and 8w fly rod and was making excellent casts to the exposed bank while Marnie was using a spinning outfit with live shrimp on a jig.  It appeared the fish liked the live stuff better because Marnie had good bites right off and landed a handful of hard fighting Sheepshead.  We worked the island back and forth, had a bite here and there, then had a subtle bite and hookup up, FISH ON!  Marnie played the fish patiently and after a good battle landed a nice 18" Flounder - the biggest we've had all year.  This fish puts Marnie in 1st place in the Anglers Mark 2014 Bragging Rights Tournament - Flounder category (scroll down the right side of this report for standings).  We fished for just a while longer, then headed up to Jolley River to fish the Bank.  Nick showed some real persistence with the fly rod, but the fish just weren't taking the flies.  Marnie had bites of small Croaker, caught a few, then we headed further up the river.  Our last stop was in Snook Creek and both Marnie and Nick boated hungry Seatrout.  Nick also caught a very nice Whiting.  With that, we called it a day, another great one to be fishing Amelia Island waters!