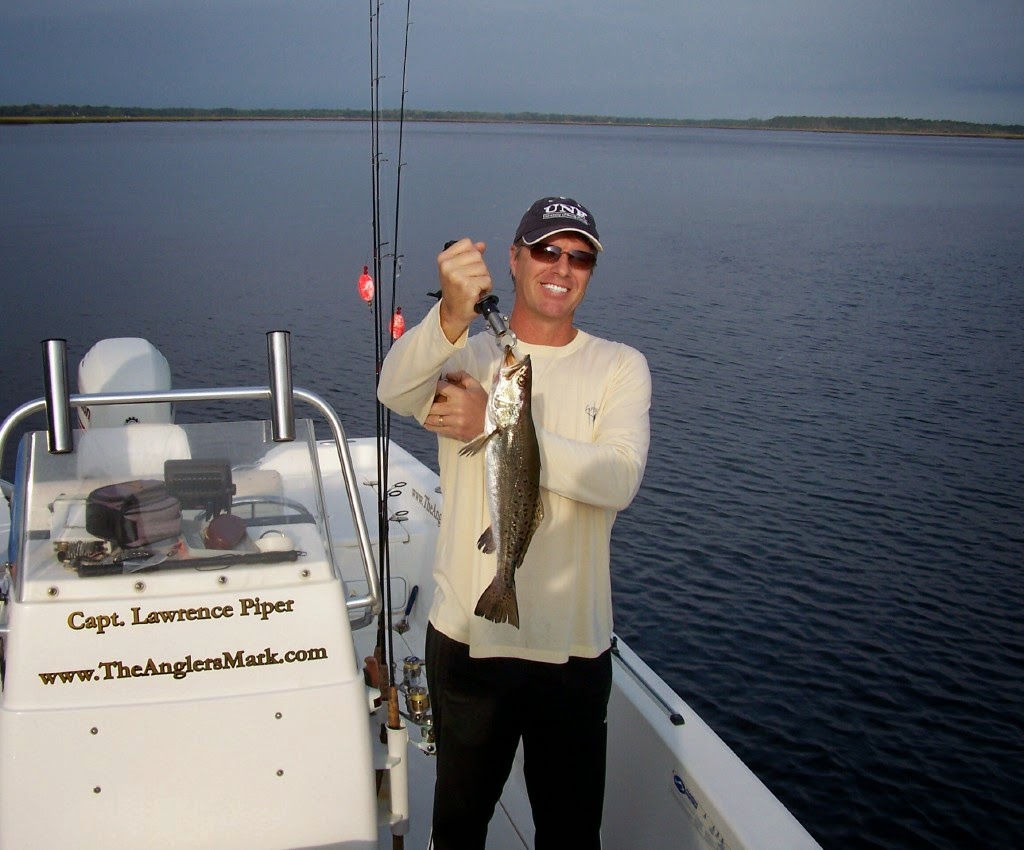 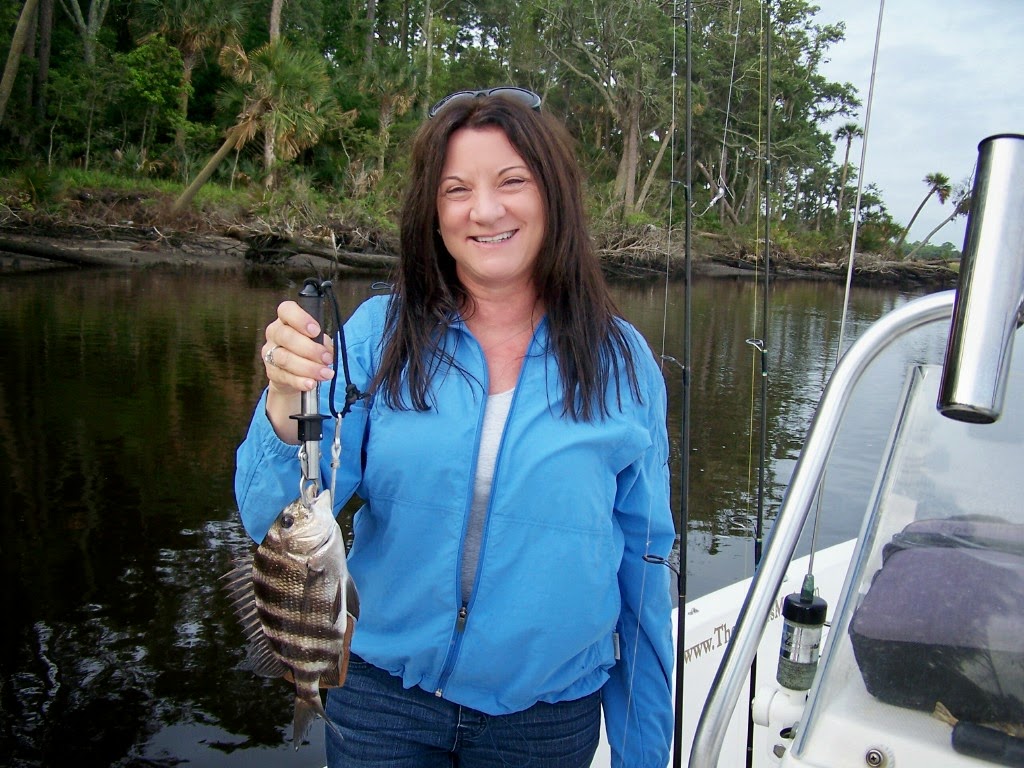 We wrapped the week up today fishing the south end of the island and as predicted, we caught fish but had to work for them.  That's  how it's been all week.  I met Eric and Joanna Oestmann down at the Big Talbot Island Park ramp and headed up the Nassau River to fish the first of an incoming tide at Broward Island.  We were tossing jigs and live shrimp up near the downed logs and soon Eric had a strong hookup.  This fish put up a mighty fight and we we landed it found that it was a nice 19" fat Seatrout!  We worked the bank for an hour or so and picked up another fat Seatrout and a feisty Sheepshead.   We had a couple of ducks taking a bath and preening themselves as we fished.  Our next stop was at Christopher Creek and although the conditions were right the fish weren't biting.  We made a run around into Horsehead, fished a flooded oyster banks and here the action heated back up.  Eric landed another keeper Trout, picked up a few more smaller Trout, a hard fighting Jack Crevalle,  and both anglers had more good bites.  With that, we called it a day, another great one to be out on Amelia Island waters!