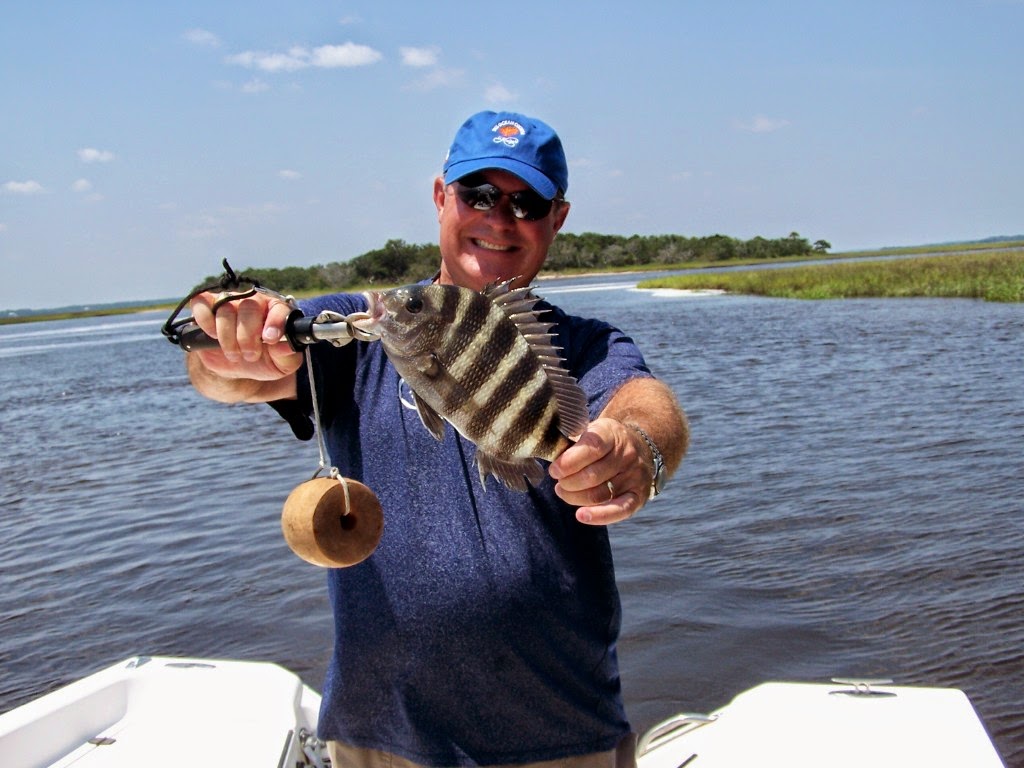 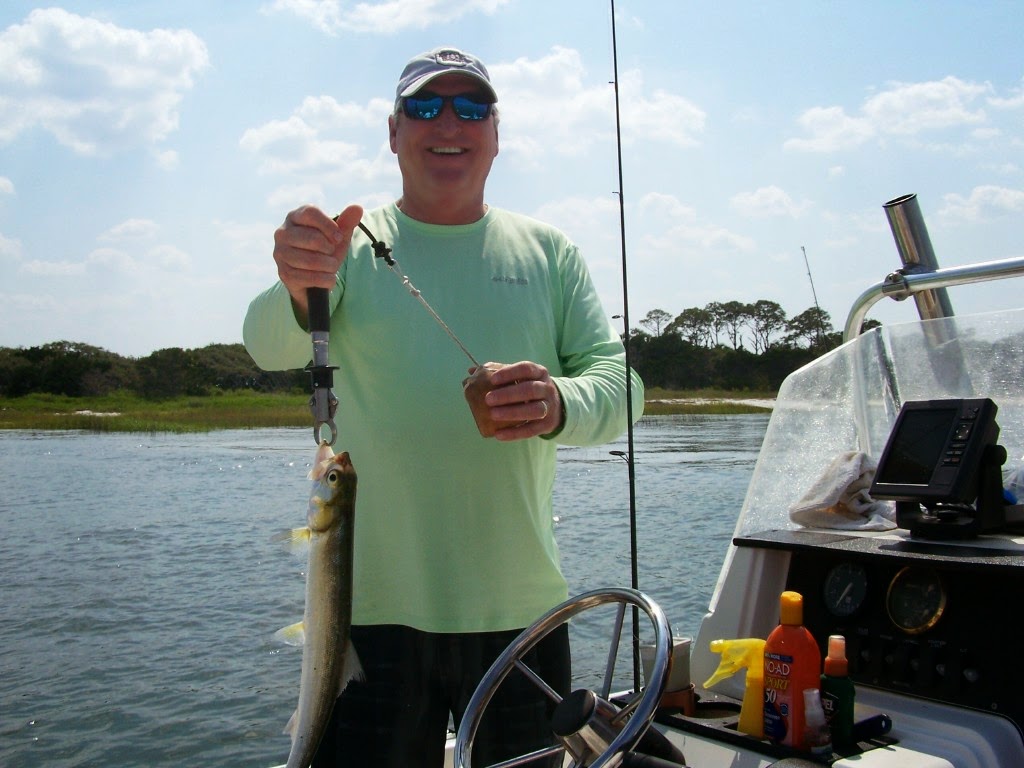 I had the pleasure of fishing with Dale Bullard again, who brought along his high school and college buddy, Steve.  We met down at the City docks yesterday afternoon and made a run up to the Jolley River to fish an incoming tide with jigs and shrimp.  The conditions seemed perfect but it must have been just too hot cause all we did was feed the oysters and Croaker!  We then made a run to fish the logs of Tiger Island and here we picked up a couple of Sheepshead with Steve's being the largest and of keeper size.  We fished outside of Tiger over some now flooded oysters, had no luck then made a move further south and this did the trick.  By this time all of us were just looking for some action and we found it with a whole handful of 24" long high flying Ladyfish.  It was almost non stop action for about an hour with both anglers tangling with the acrobatic fish.  We then checked out some marshes as the tide was supposed to flood and even though there were a few spots that flooded, we saw no Redfish tailing.  One final stop at Temptation Cove produced a few bites and one very good hookup but it just wasn't to be.  We wrapped the trip up, counting it as another great day to be out on Amelia Island waters!