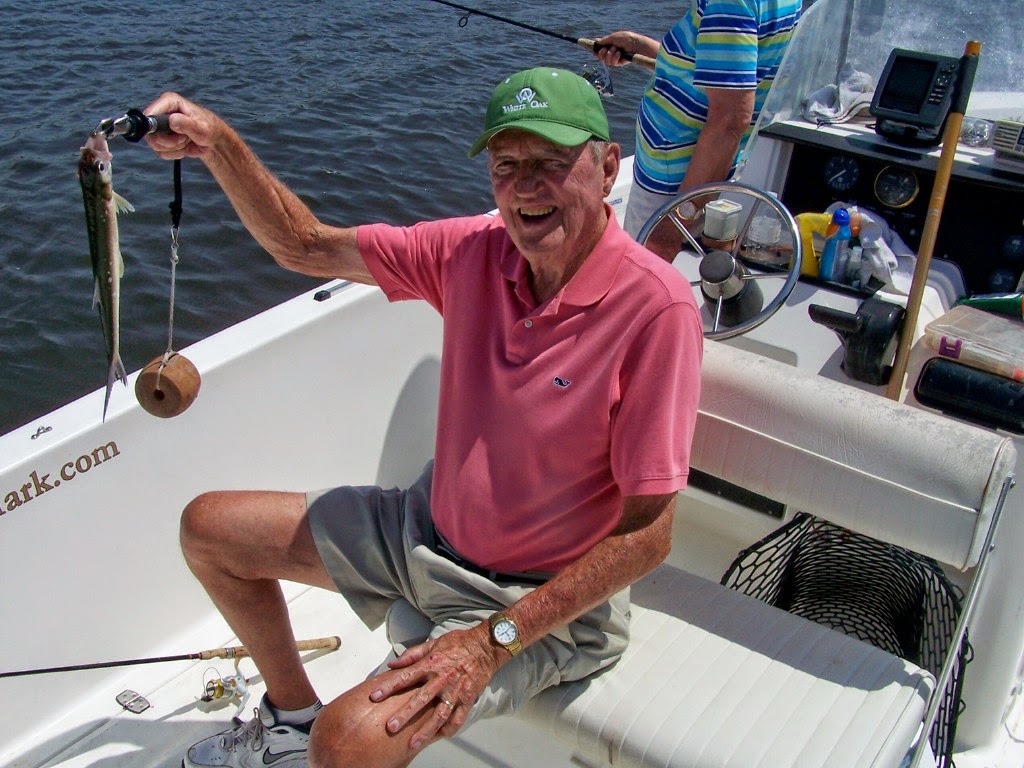 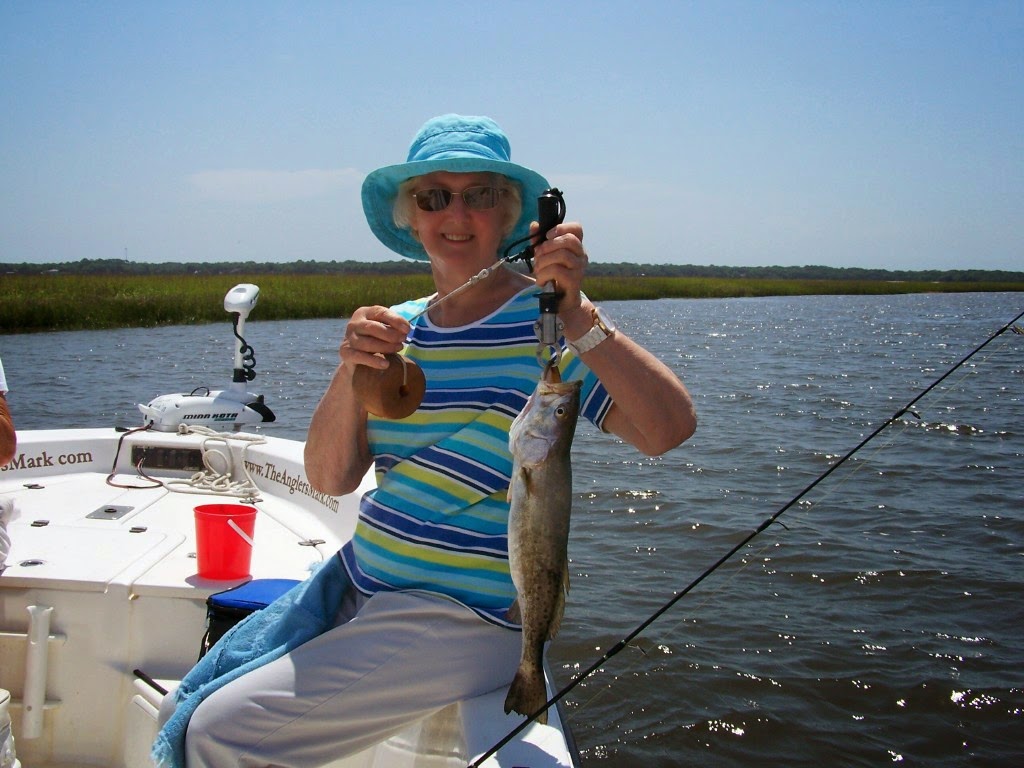 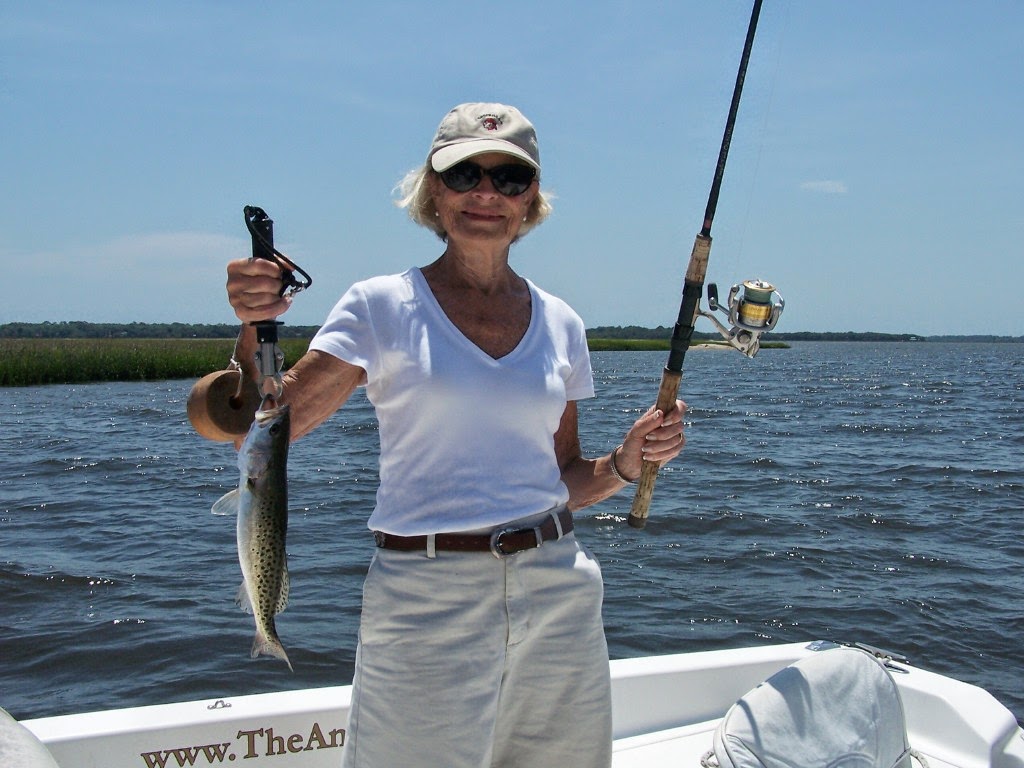 We had a beautiful morning and early afternoon to fish today and I had the pleasure to take Jack and Cynthia Holler along with their friend Tammy out on the back waters of Amelia Island.  We met down at the Big Talbot Island Park boat ramp and headed up the Amelia River, ducking in to Jackstaff to fish the very first of an outgoing tide.  I started the anglers out with live shrimp under floats and even though we had a couple of good bites at the first stop, we had no takers.  We moved over to fish "Jackstaff Bank" and this did the trick.  All three started getting bites  and eventually Tammy got the "skunk off the boat" by landing a nice 18" keeper sized Seatrout.  All the anglers tangled with Ladyfish then Jack had a strong bite, his rod bent over, and the drag began to sing, FISH ON!  This fish went around the boat a couple of times but we used the rod to subdue the beast and we eventually surfaced a 4' Bonnethead Shark!  Cynthia then caught a nice hungry Seatrout then Jack did battle with another Bonnethead.  We made a run around to Nassau River and fished a runout, picking up another couple of Trout, fighting another couple of Ladyfish, tangling with another couple of Sharks and landing one undersized Flounder.  A storm was coming up so we called it a day, another great one to be fishing Amelia Island waters!