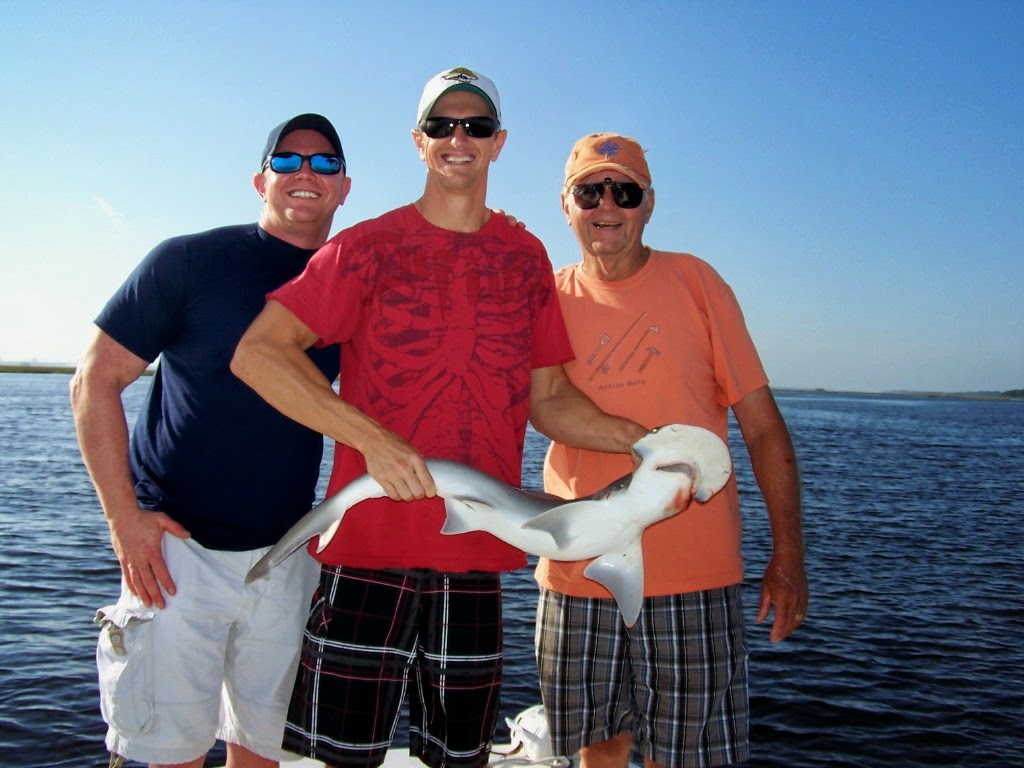 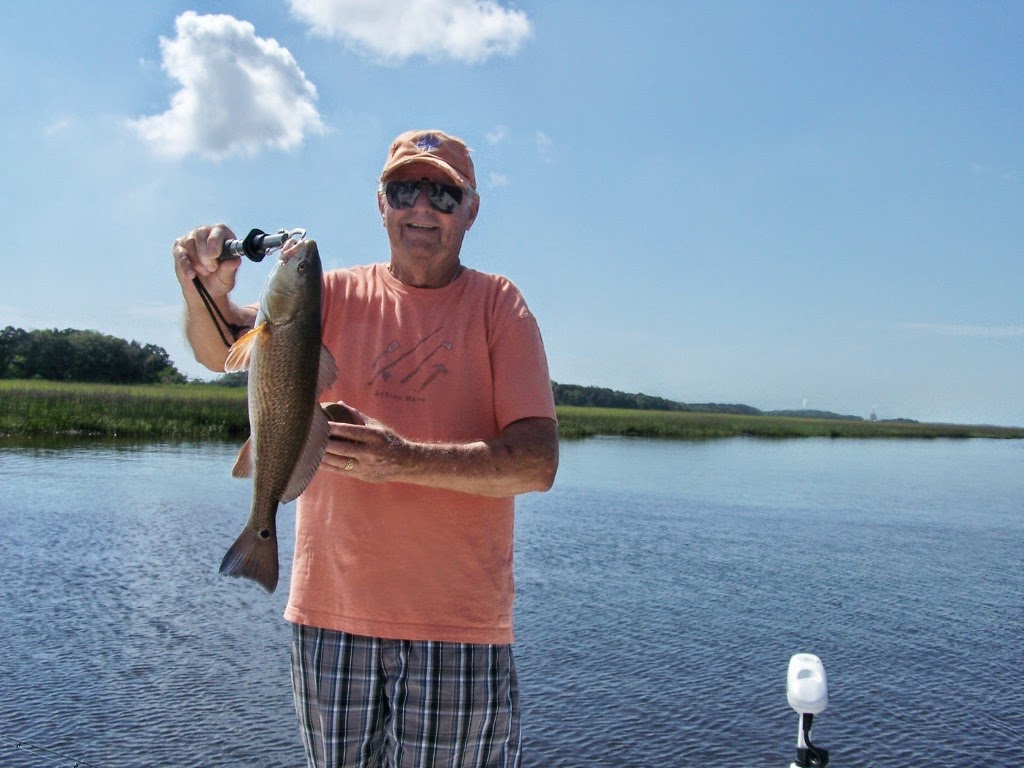 Mike and Steve Johnson took their dad Bud on a birthday fishing trip yesterday morning on The Anglers Mark.  We met down at the Atlantic Seafood dock and headed up to the Jolley River to fish the first of an outgoing tide.  Mike tossed a top water lure while Bud and Steve fished with live shrimp under a float.  Steve got the "skunk off" by landing a hungry Seatrout then Bud hooked up and FISH ON!  His line and float ripped across the water as the big fish headed deep, bending Bud's rod over and making the drag sing!  But Bud was up to the the task and fought the fish patiently, run after run.  He eventually subdued the beast, a 3.5' Bonnethead Shark!  We later fished the MOA then ran back to Jolley Bank and here the action got hot.  Steve landed a keeper sized Seatrout then all the anlgers were catching Jack Crevalle and Ladyfish.  Every once in a while they'd pick up another Seatrout or a feisty Redfish, and added a Bluefish and Whiting, too. Mike added another Redfish and so did Bud.  We made our last stop at Tiger Island and again the anglers were on fire, landing 2 more keeper sized Seatrout, a couple of more Redfish, and two keeper sized Sheepsheads.  With that, we called it a day, another great one to be out on Amelia Island waters!