Stay at a Holiday Inn 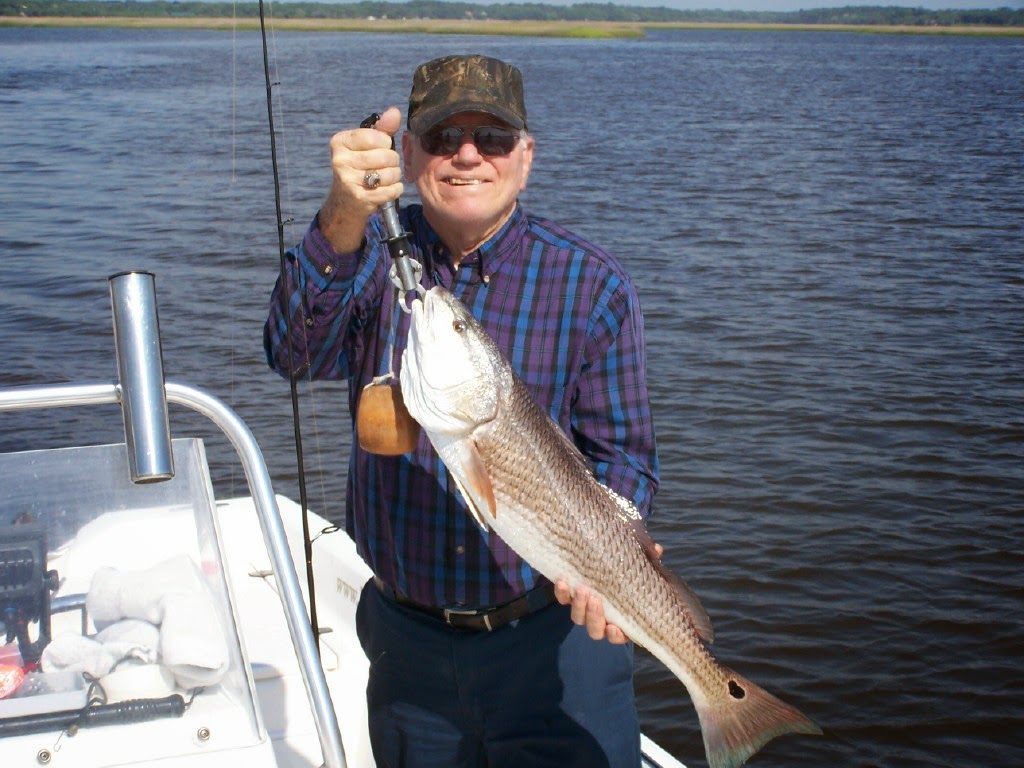 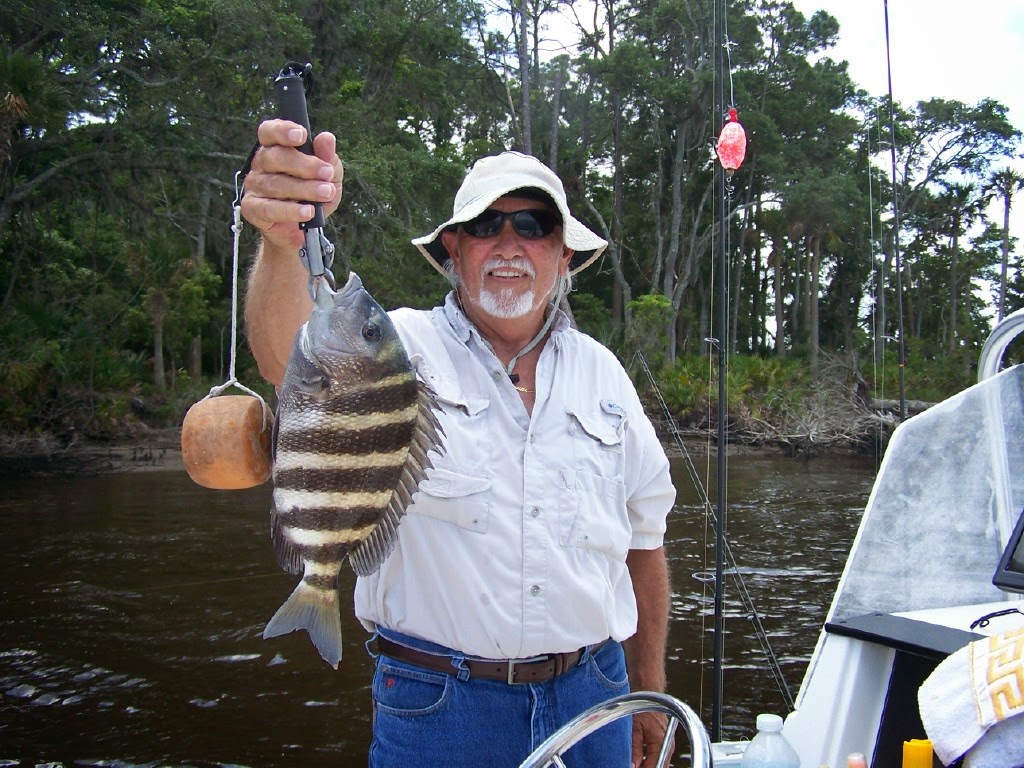 "The Guys" came over from Lake Butler again this year, George Bowlin and his friends Jerry and Ray.  I met them out at the Goffinsville Park boat ramp this morning and we headed over to the Horsehead area to fish the last hour of an incoming tide.  George was tossing a topwater lure while Jerry and Jay fished float rigs with live shrimp up near the grass.  It took awhile but they finally began to get some hookups.  Ray started it off by landing a hungry Jack Crevalle, and then he put a 2nd in the boat.  Then all the anglers began to catch fish - hard fighting Jack's and high jumping Ladyfish. I guess these two species have arrived in the back waters of Amelia Island.  But one of these three anglers evidently had stayed at a Holiday Inn recently - George - who had switched to a jig and shrimp - and had a big bite, BOOM! FISH ON!  This big fish immediately began to take line, making the drag sing.  It ran out deep then ran back up into the marsh, then headed right to the boat, making George think that he'd lost the fish!  But nope, it was still Fish On!  George fought the big fish patiently, from bow to stern and from starboard to port then landed the oversized 30.5" Redfish!  Wow what a fish!  We continued to fish the area, picking up more Jacks and Ladyfish, then made a run around to Broward Island to fish the downed logs.  The anglers had to work for them but they picked up two keeper sized Flounder, a couple of smaller ones, a feisty Redfish,  and found three keeper sized Sheepshead with Jerry landing the largest one.  We fished until we ran out of bait, then headed in, counting it as another great day to be out on Amelia Island waters!