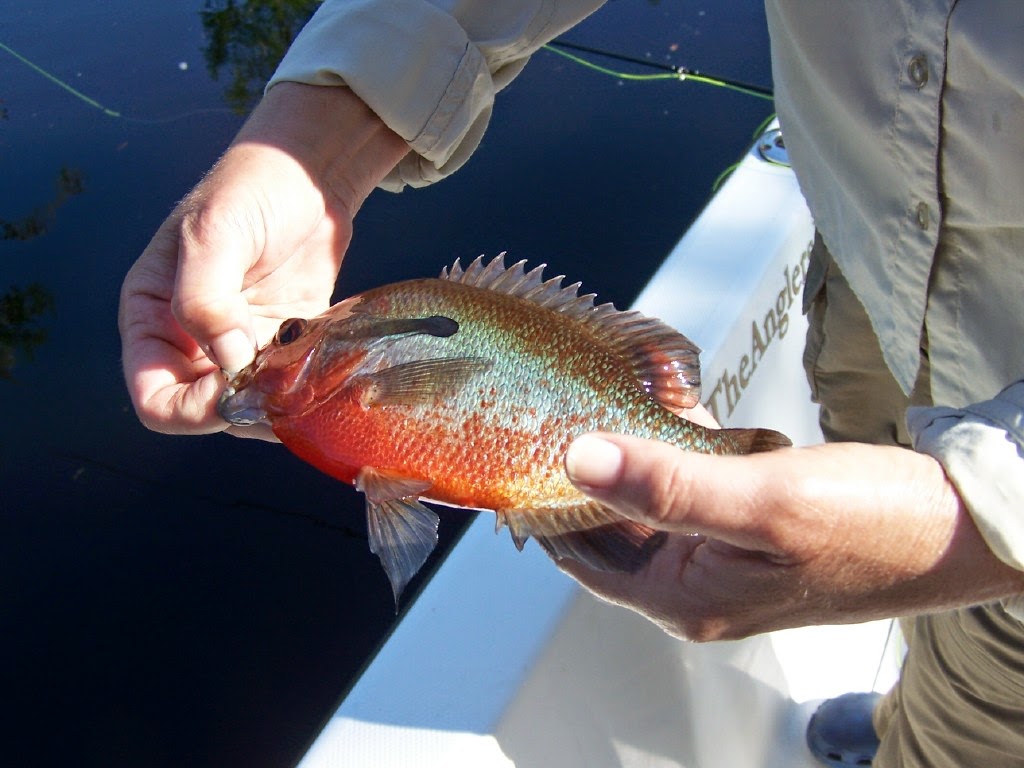 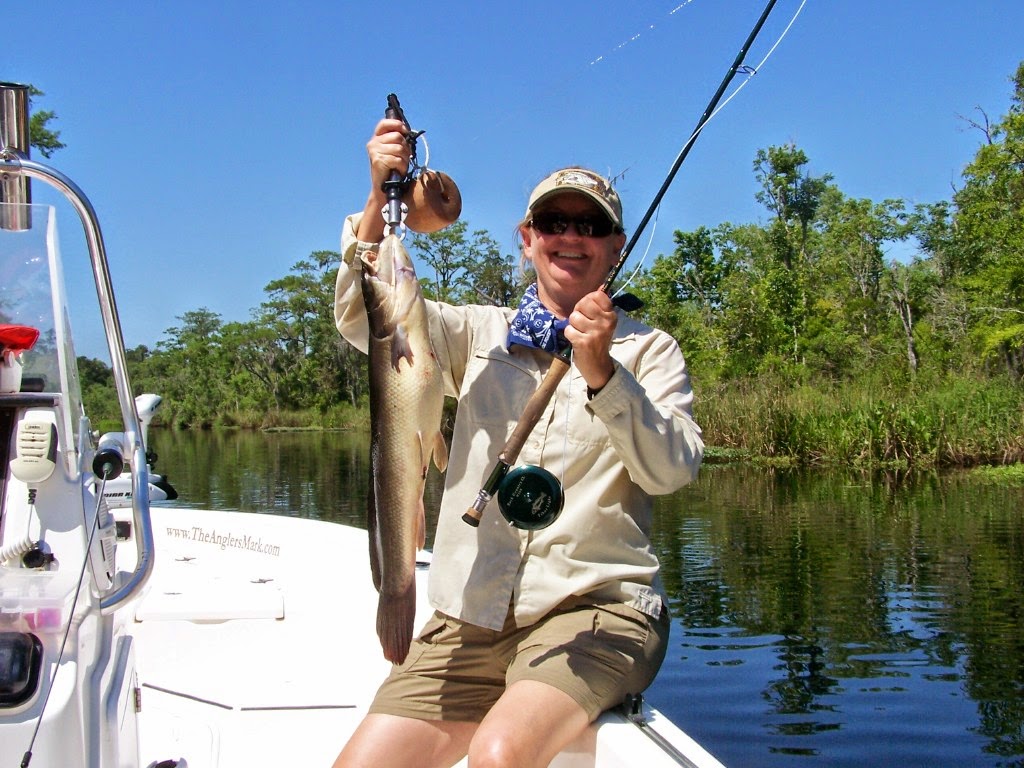 I fished again today with Cathy Case and her cousin Julie, but this time we went off island to launch at Nassau Landing and run way back up in the swamps of Boggy Creek.  This was an all fly fishing day and we couldn't have asked for a better one.  There was clear skies, balmy temperatures, and just a slight enough breeze to keep any bugs away.  We got far enough up the creek to get into fresh water and cypress trees and Cathy began tossing an 8w with a popping bug.  She had a couple of rolls at it, switched then switched to a 5w with a popping bug and picked up a beautiful Red Belly.  We tried a number of flies and had a couple of hookups on a leach type fly.  Another Red Breast was caught on a popping bug then Cathy had a strong hookup on a 7w with the leach pattern.  This 22" fish put up a good fight and at first we thought it was a Catfish but when we got it in the boat we saw that it wasn't.  I had to do some research but it looks like a Mudfish/Bowfin - not the Bass we were looking for but still a good fight on a fly rod. We continued to fish but the sun had gotten up so we called it a day, another great one to be "off island" of Amelia!